We’re fortunate to find more and more deserving bands the world over who’re showing a unique vision, and Norwegian death metal band Defect Designer with members of Diskord, are one among them. Their music is innovative and refreshing, and they join the company of other death metal bands on the label such as Replicant, Atrae Bilis, Colosso, Cutterred Flesh, Chaos Motion, Veilburner, and more. 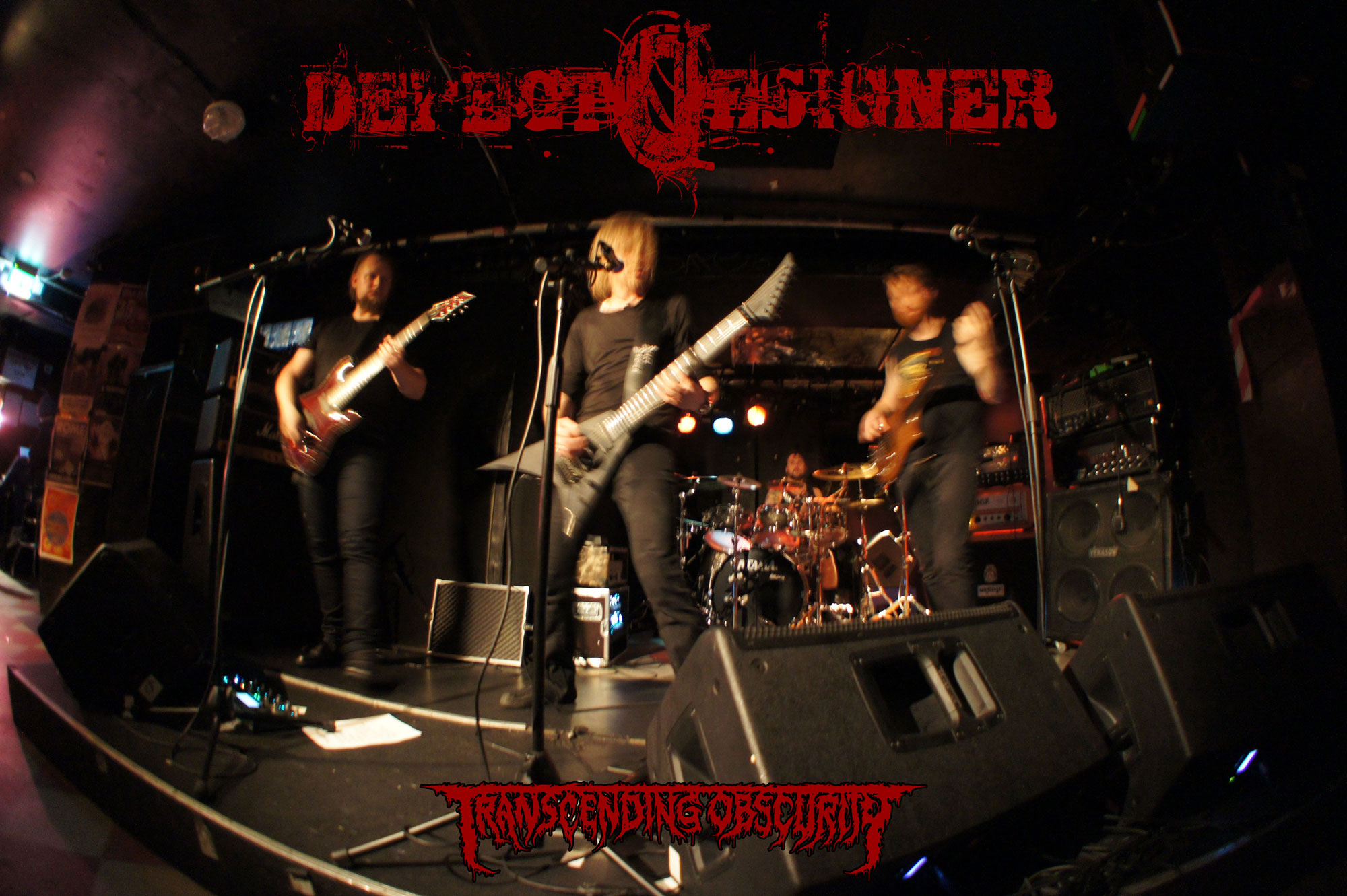 Label owner Kunal Choksi states, “I’ve been a fan of Diskord and when I came to know that members of that band are also involved in Defect Designer, I knew I had to check it out. And my suspicions were confirmed – the band indeed kicks ass and they’re creating their own version of twisted death metal – perhaps not as technical, but innovative and busy nonetheless. We’re thrilled to sign a multiple album deal with the band and we’re currently getting a fitting album artwork made for the first one. You can stream one of the songs exclusively below”.

Defect Designer comment, “We are happy that we have found a great label for our upcoming releases. It is fantastic to be confident our work will receive proper treatment from Transcending Obscurity! A multi-album deal means that we have a clear path going forward, and that our efforts will be rewarded; it is awesome to team up with such a passionate powerhouse! We are also humbled to be included on a label with so many inspiring bands.”

Adds Dmitry: “I discovered the label two years ago, and I instantly got into it. Now a number of releases from TO are constantly spinning on my player – it is so fresh. What is even better, – I know some people from the label bands personally”

“This first release has a slightly different twist than our previous releases: it is a bit more straightforward and in-your-face compared to the previous works. But it is definitely a Defect Designer record. The EP has several very energetic songs that we felt needed a separate release. The Neanderthal EP was engineered and mixed in Sounds of O studio by our own Martin Storm-Olsen. We mastered it at Finnvox studios.

We are working on the next full-length album as we speak and have demoed several songs, – all new. So, chaos is in the works: more stuff is coming, and from now on we have a perfect outlet for it all!”