Satyricon are veritable legends in their style of music. Their contribution to the black metal scene not just in Norway but its significance worldwide is undeniable. This year marks the 20th anniversary of their third album ‘Nemesis Divina’. Peter Kotikalapudi spoke with Satyricon drummer Frost about the album, their shocking show in India, and also their upcoming albums.

Transcending Obscurity (Peter): This year is the 20th anniversary of your third album ‘Nemesis Divina’. How does it feel looking back at the album now?

Satyricon (Frost): Looking back 20 years brings memories from a period that was very exciting and happening for us. ‘Nemesis Divina’ truly reflects the momentum Satyricon had at the time, the conquering spirit and the drive and determination. Today I also feel that the album tells a story of youthful untamed energy and a lack of experience, but that might very well be part of it’s charm. Seeing what the album represents and what it has meant for us and many fans do first and foremost induce a profoundly rewarding sense.

TO: ‘Mother North’ is one of the most popular tracks from the album. Can you tell us more about writing the track?

Satyricon: I believe the first theme that was written for the song was the signature theme, which is also the opening part. It really set the standards. At some point I got this idea for a guitar theme that could fit the song, and even if I didn’t really play the guitar, I managed to play the theme in a way that made sense. It was my only guitar theme contribution to the album, but at least it ended up being the chorus of the song. After those two themes were in place, Satyr quite quickly came up with a string of themes, the one better than the other, that eventually completed the song. Satyr did realise that the song had a very large potential for grandness and understood that clever use of keyboards could take the song in the right direction. I myself perceived Mother North as more intense and energetic; I think I needed to hear all the finished arrangements and get some distance to the song before I discovered the epic and anthemic qualities that the song truly had. I guess there was a certain element of thug-of-war that eventually led to the finished recorded version.

TO: The track also had a video which was something that other black metal bands were not doing at that time. Tell us more about the decision behind shooting the video and also the recording of the video.

Satyricon: Satyr and I were highly fascinated by the idea of making a proper music video and to create a visual expression that would work well with the music. It was paramount that the video should have very striking images and be done as properly as the album itself. Mother North, with it’s directness, catchiness and epic qualities, was really the obvious choice of song. We found a professional video director who was willing to collaborate with us, and started to discuss what the video should be like, what type of locations to shoot at and so on. I remember that many of the scenes were incredibly hard to do, as they were shot outdoors in the winter, and that bringing all the gear and doing takes over and over again until they were right meant that we would be out in the cold for an entire night. I also did a fire breathing scene in the beginning of the session, and as it was windy, I got totally soaked in gasoline before I was done doing that countless number of takes. Eventually I became so cold that I vomited on the way back from the location. I didn’t care much about that, though – my only concern was whether we would manage to make the video visually striking enough.

TO: The album was recorded at Waterfall Studios between January and February 1996. What are your memories of the recording sessions?

Satyricon: It was thrilling to start recording the album, but the rather limited experience and skills I had also made it severely demanding. At the time, my main focus was probably to bring all that aggression and teeth gritting intensity that I felt the songs needed, and I remember feeling almost consumed by violence and fury as I recorded the drum parts. In hindsight I do understand that the rather fixed focus made the playing style very stiff and tense, which the album suffers from. On the other hand, that was my style and my way back then, and I can say for sure that I put my heart and soul into the task. Seeing the album take shape as the rest of the instruments were recorded was a downright fantastic experience.

TO: Nocturno Culto (Darkthrone) played rhythm guitars on the album. How did he become part of the recording of the album?

Satyricon: We learnt that Nocturno Culto was moving to our area from that desolate place way up north where he was living at the time. We also learnt that he was a huge fan of Satyricon, and eventually got in touch with him. It turned out that he was very into the idea of joining forces with Satyr and me, and so he became a member of the band in 1995. We had a really great time as a trio in 1995 – 96, and Nocturno Culto contributed significantly to the enthusiastic spirit and drive of the band in that period. He rehearsed with us, recorded the rhythm guitars on the album and did also tour with us after the release. I know that he still looks back at that time as incredibly rewarding for him. 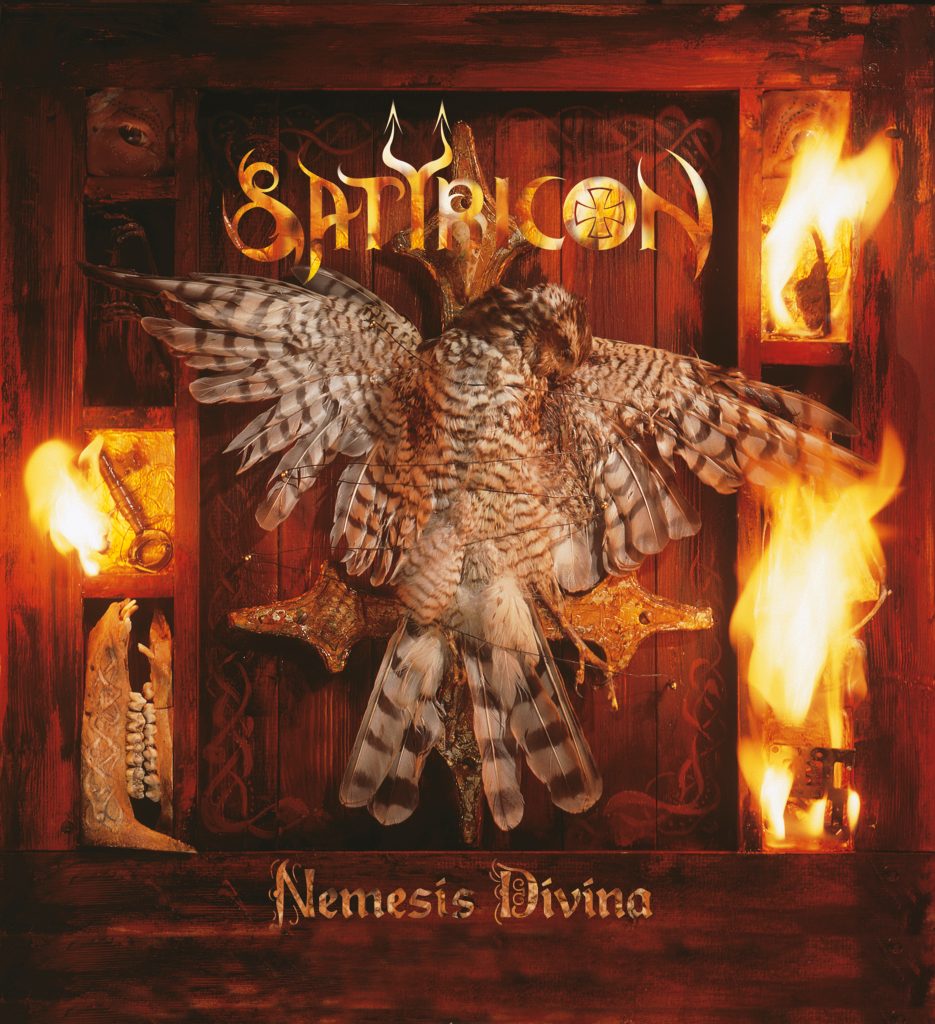 TO: The album cover by Halvor Bodin and Stein Løken stands out among the artwork being used in black metal at that time. How did you go about designing it?

Satyricon: The artist Stein Løken created an art installation which he later set on fire and photographed; it was inspired by the thematics and music of ‘Nemesis Divina’ and Satyr did also guide him in the work. I think it was a brilliant solution of the task, which was to create an idiosyncratic piece of artwork with references to the album and with very particular aesthetic qualities. It truly gave the album a visual identity.

TO: As one of the oldest black metal bands, what are your thoughts on the current state of Black metal?

Satyricon: I don’t have strong opinions on the scene in general, my concern is to contribute to making music the way we want it to be.

TO: The band has been a duo (Satyr and you) and you are joined by session members at live gigs. What is the reason behind it?

Satyricon: We need to be in full control of all creative processes in Satyricon, and therefore we have chosen to let the core of the band be only the two of us. Then we have a live band consisting of four dedicated musicians in addition to Satyr and me – we see them as members of the live band rather than just session musicians. One of the live guitar players has actually stayed with us for 17 years now, and we generally seek to have a stable line-up in the live band. Our model is built on experience and the way we work, and serves us well.

TO: You have performed across the world in the past two decades. Is there any country or city that you have enjoyed performing at?

Satyricon: Everywhere can potentially be enjoyable; we have had fantastic experiences around in Europe, in Australia, in North and South America, in Japan and other places…which tells us that black metal has a highly international appeal. 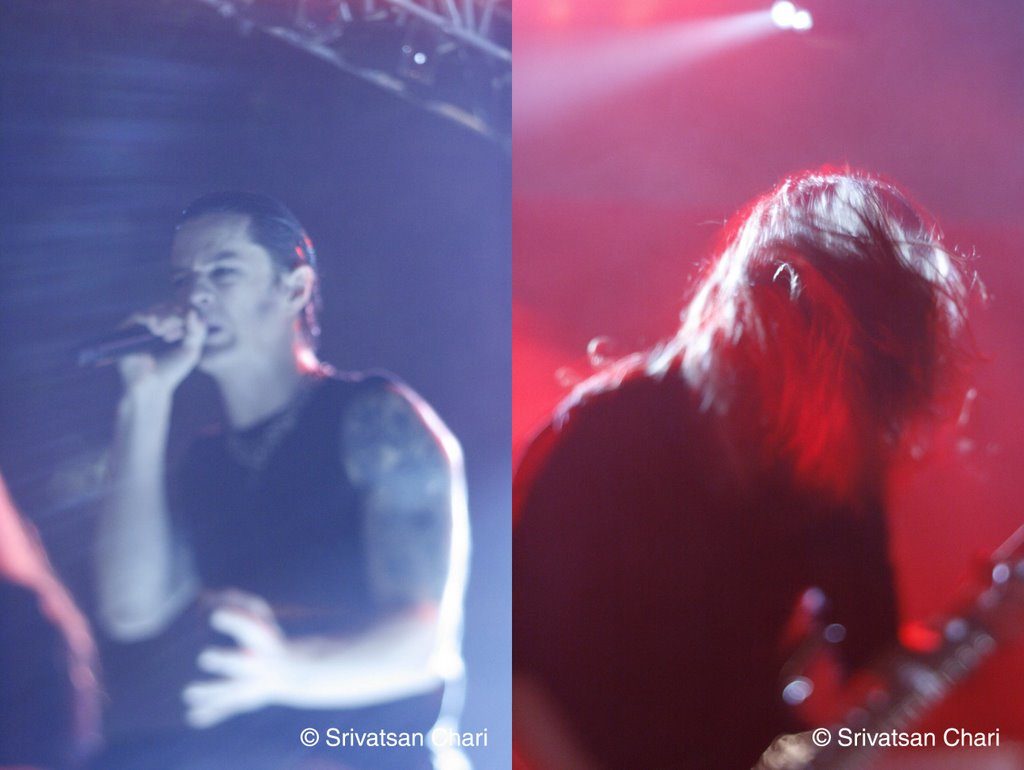 TO: Our website is based in India. In 2008, you performed across India as part of the Great Indian Rock festival. What do you remember from your shows in India?

Satyricon: We hadn’t played in India before and didn’t really know what to expect from those shows, but from the response on our Facebook page we understood that at least there was a fan base there. We imagined that not too many people would be familiar with Satyricon in India, though. So we were very surprised when thousands of people showed up at the concerts we headlined and sang along to our lyrics and everything. A very positive surprise indeed. Going to places you haven’t been to before is also refreshing in itself.

TO: I believe that you are currently working on 2 albums, a cover and a studio album? When can we expect them to be released?

Satyricon: We plan on starting to record our next studio album in the fall and release it next year. We will pick up on the cover album project again when the studio album is finished.

TO: This summer you are playing festivals across Europe. Do you have a special set planned? Do you have any tour planned for the rest of this year?

Satyricon: On most of the festivals we’re playing this summer, we perform a special ‘Nemesis Divina’ 20th anniversary set. That means we’re performing the album in its entirety live. Tours are going to start happening again when the next album is released.