For the Wombbath T-shirt, you have the epic album artwork designed by Sv Bell (Amorphis, Kataklysm) printed on a thick, comfortable, high quality cotton T-shirt. The print is soft and of suitably large size, bigger than A3. The T-shirt also has ’30 years of death metal’ printed on the back in addition to the big main front print! These are bound to look good and are limited! 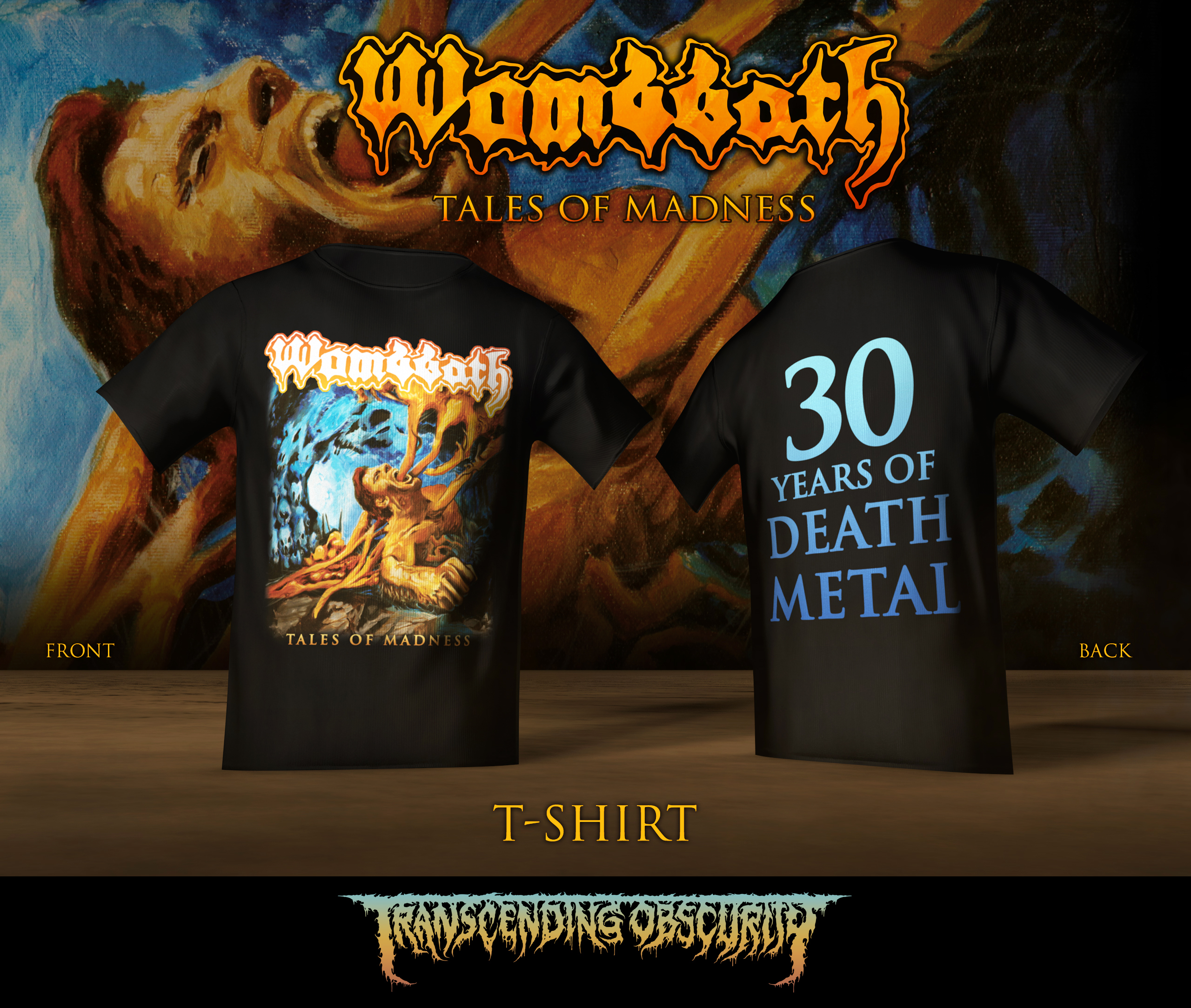