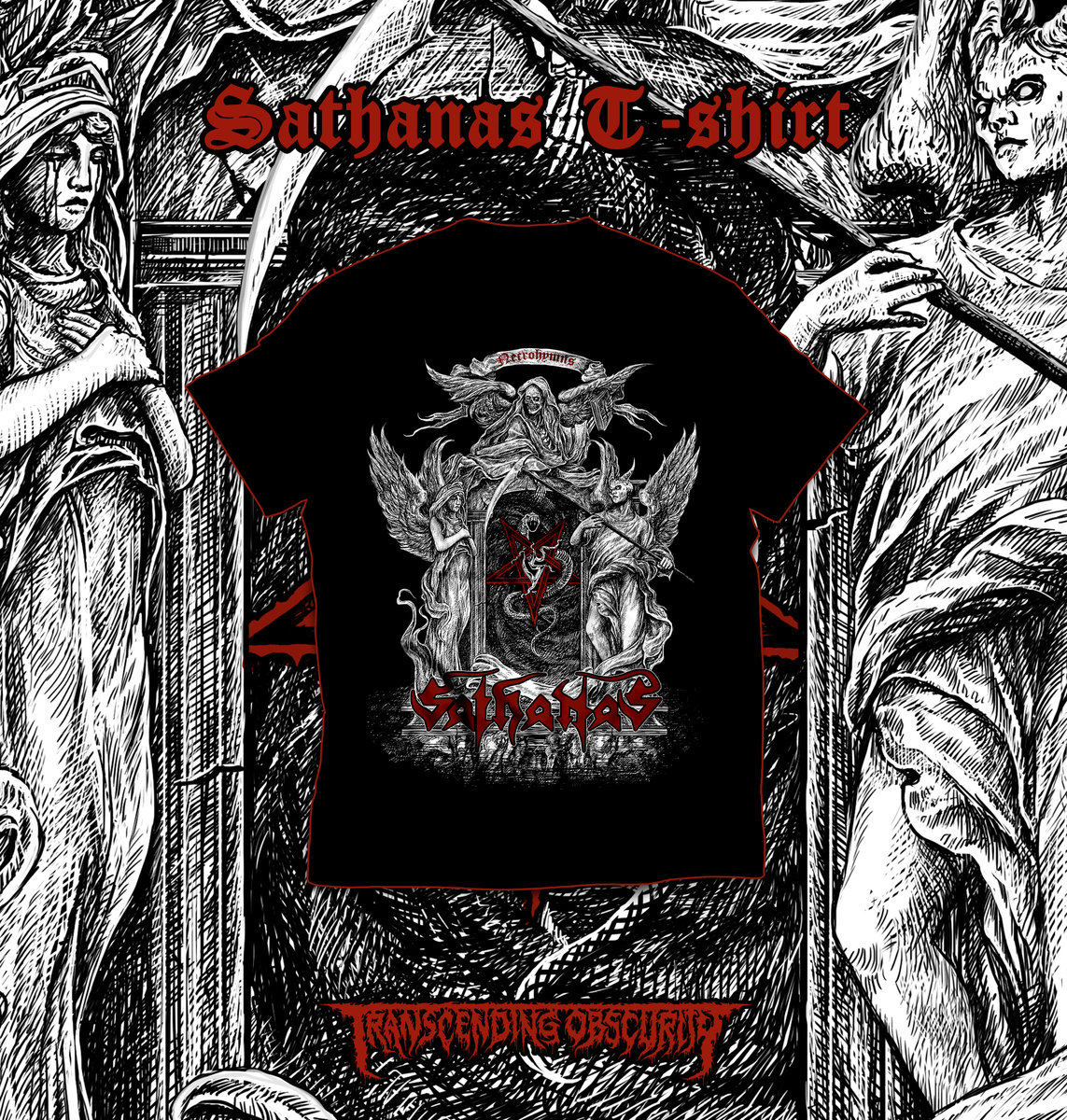 The SATHANAS T-shirt features the excellent highly detailed artwork by Adi Dechristianize and the same is replicated in all its glory on new Gildan size T-shirts made of soft pre-washed cotton. These ship out in May.

Black/thrash metal legends SATHANAS return with their 10th full length album, after having tirelessly putting them all out since their inception way back in 1988. One of the most unheralded bands in history, SATHANAS have only gone from strength to strength even though there’s often little to no acknowledgement of their past efforts. Their latest release ‘Necrohymns’ should change that. It’s an absolute ripper from start to finish. Their brand of black/thrash metal is without gimmicks or trends, and they merely rely on the music to get the job done. They’re not recreating any sound or paying homage to a certain band. They’ve been doing it for 20 years and have only been perfecting their art. It’s old school, perfectly tempered to dish out the best kind of riffs having a pulsating rhythm to which it’s impossible to not move. It’s the kind of thrash that has an inherent black metal component in it that’s not only genuine, but is also effortlessly created. It’s time SATHANAS get their due, even if it’s 20 years too late. 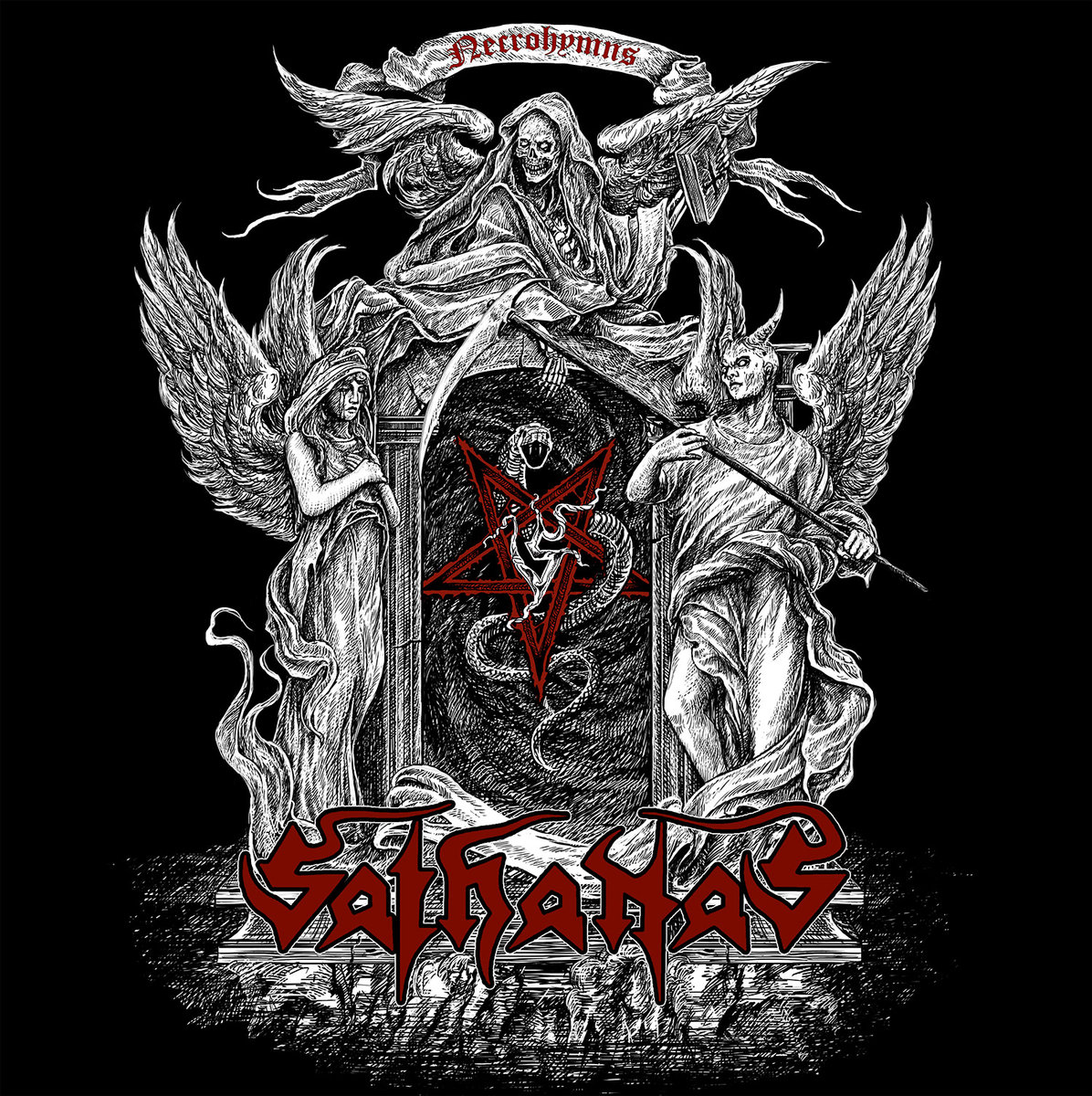