For the Death Courier T-shirt, you have the epic album artwork printed on a thick high quality cotton T-shirt. The print is soft and of suitably large size, bigger than A3. These are bound to look good and are limited! 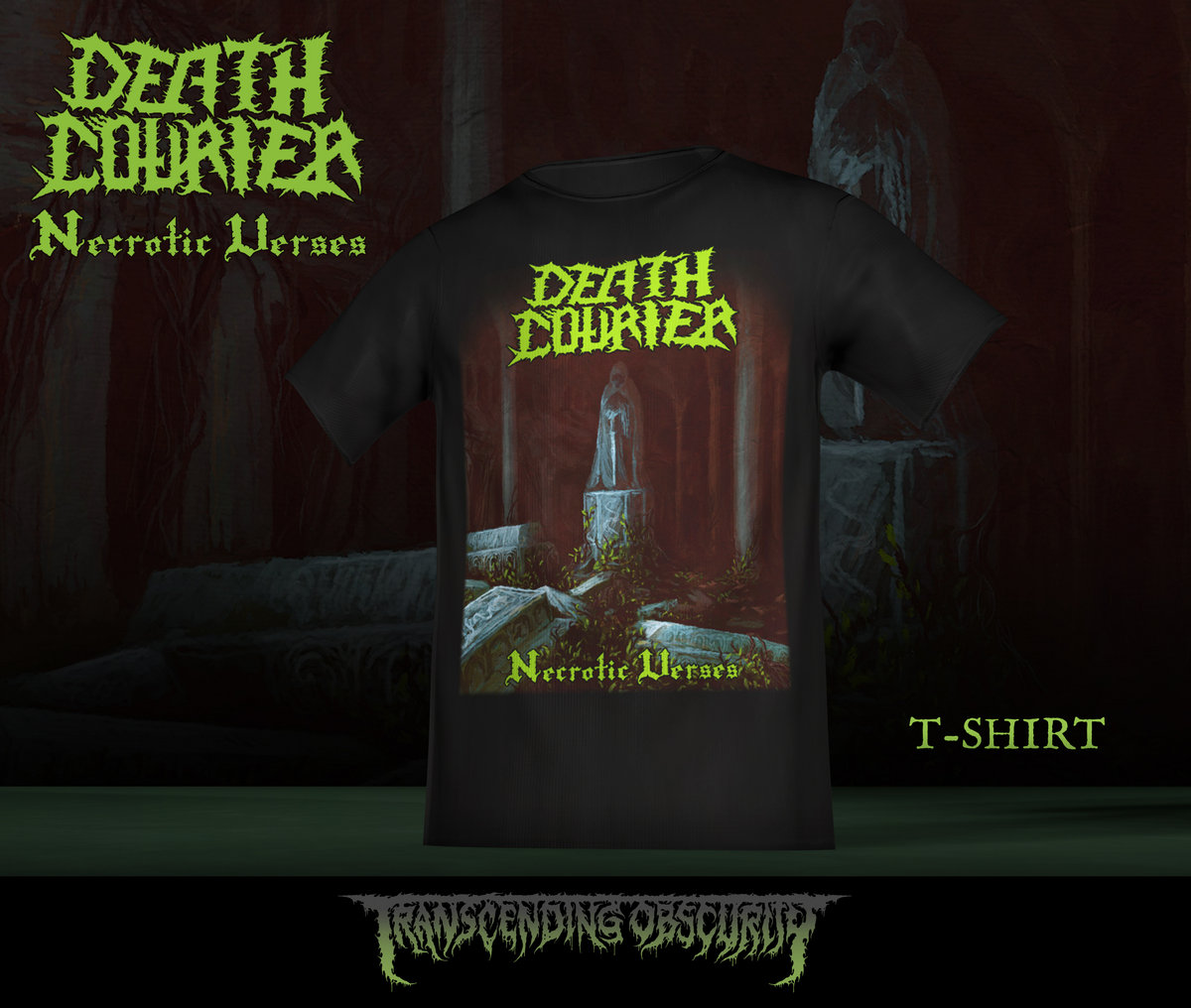