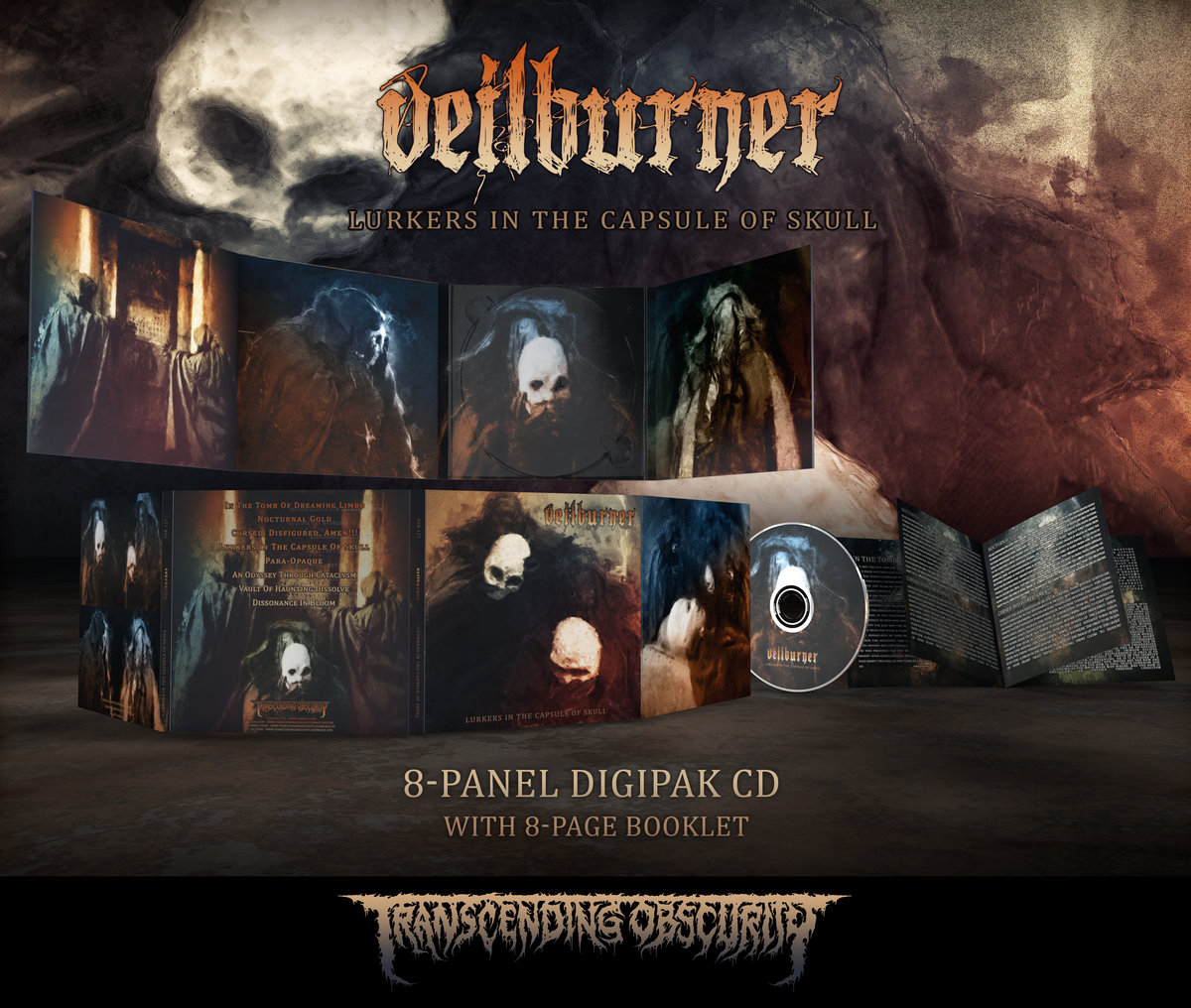 These are high quality 8-panel digipak CDs having superior thickness and moreover have a metallic effect throughout in addition to UV embossing done on parts of the artwork. If that’s not enough, there’s a massive 12-page booklet containing lyrics and all the necessary info. 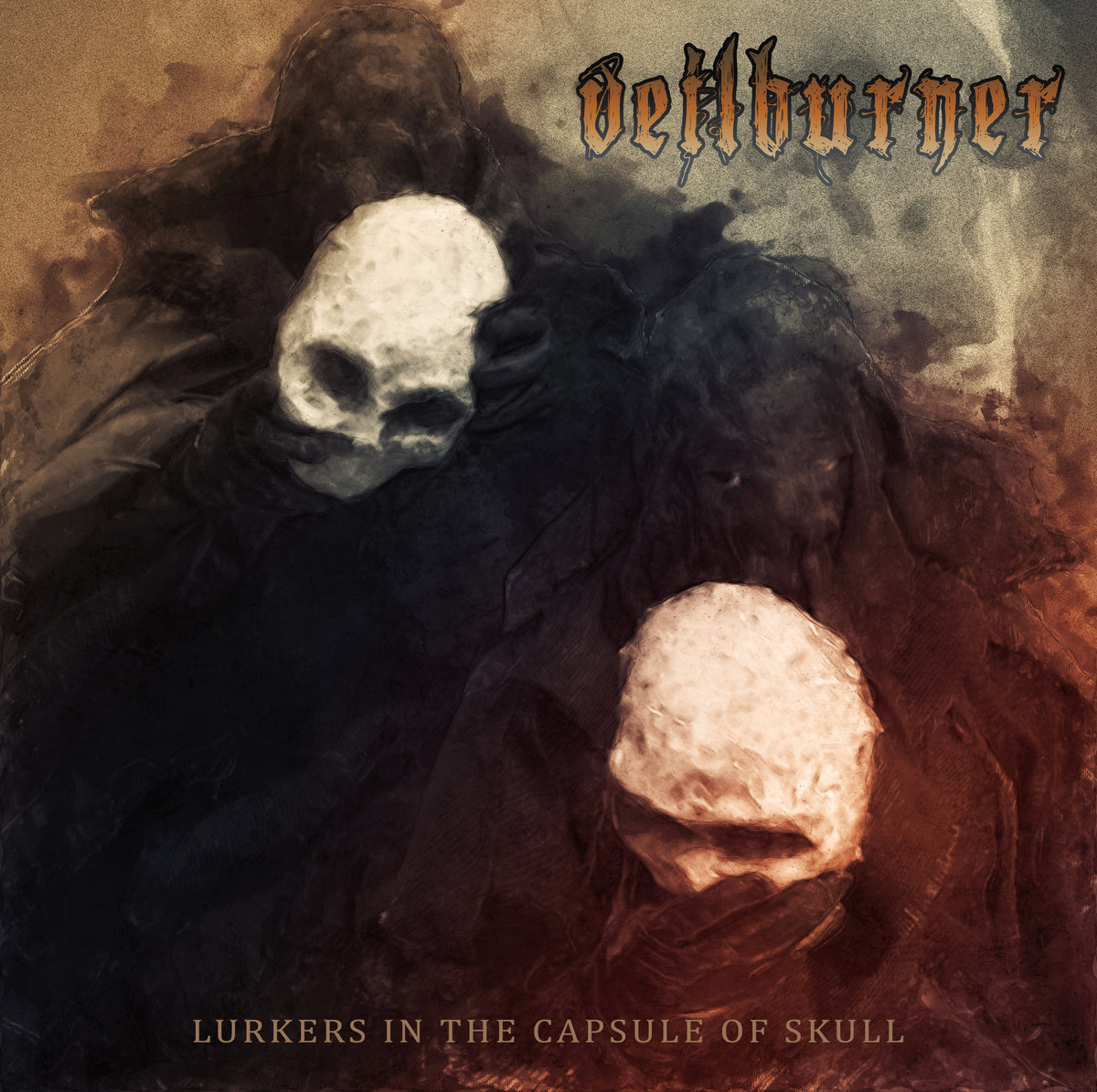 Veilburner are back with a new album full of twisted, brain-warping, consciousness-altering death/black metal. Many thought they’d achieved their pinnacle with their previous full length ‘A Sire to the Ghouls of Lunacy’ but this one, while continuing where it left off, expands upon the theme of that one in ways never imagined. This is more of the same unhinged, dissonant and downright terrifying music delivered with even more conviction and extremity. Their creative genius is inexhaustible as the band once again elaborates on the concept of the man suffering from a mental condition being haunted by the ghoul-ish entities that feature on the artwork and fighting to prove their existence. Indeed, the multi-faceted music sounds as though it’s written by someone with multiple personality disorder because it’s fantastically whimsical, following no perceivable trajectories, and just leaves you shocked and spellbound by it all. It’s the next level in extreme metal music, blurring boundaries of death and black metal and everything in between, and elevating it to heights hitherto unscaled.