Death Courier’s latest album gets an 8-panel digipak treatment having a continuous artwork and moreover a glow-in-the-dark effect for all the green text on it. This also comes with complete lyrics and credits and fans of the music must have this unique item in their collection! 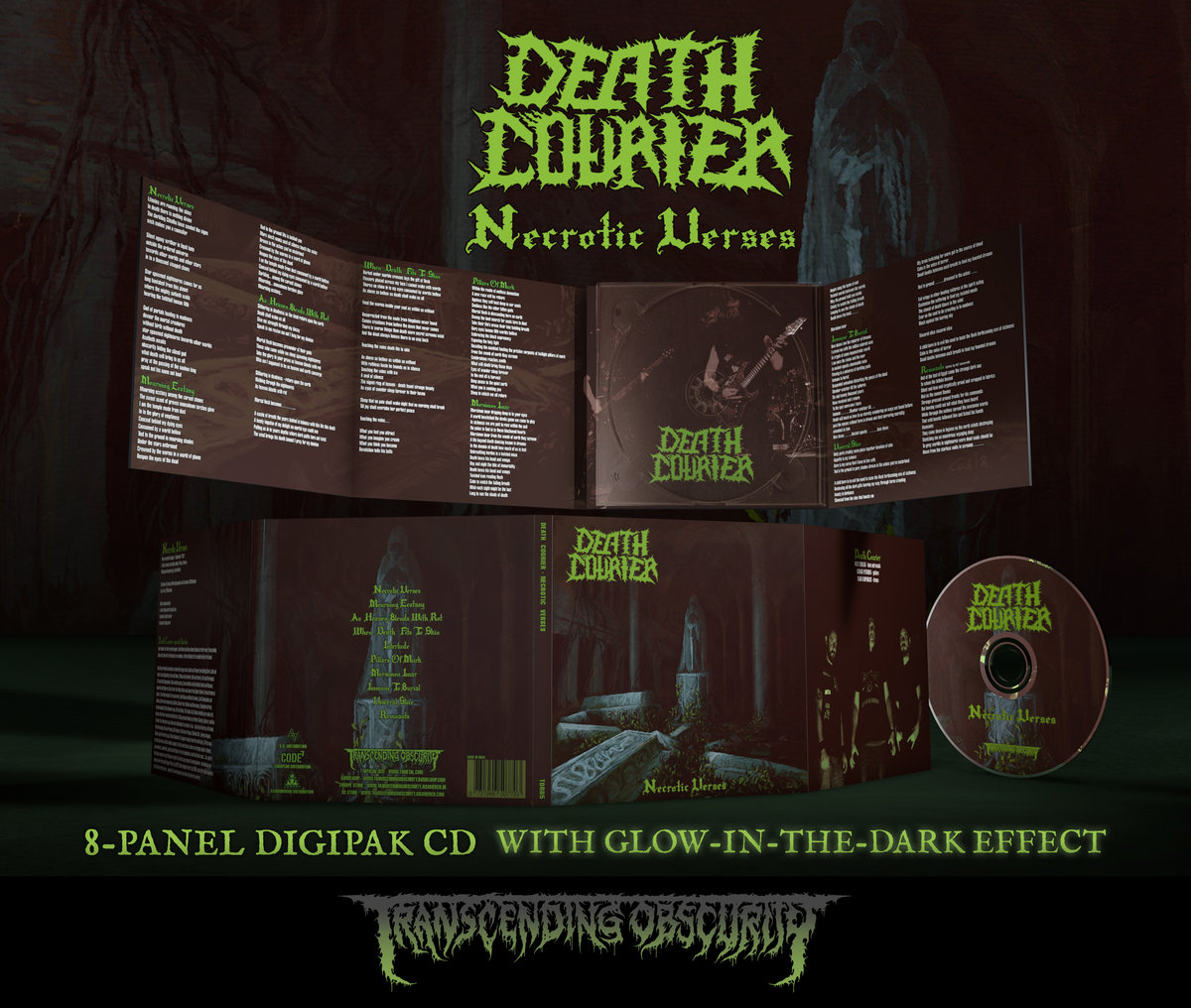