One of the best parts of being a music writer is rediscovering bands you wrote about years ago.  This is exactly what happened to me with Seattle’s Obscured By Clouds.  The group’s ‘Psycheclectic’ made a strong impression back in 2009 with its combination of Pink Floyd progressive rock alongside a range of other rock influences.  Eight years have gone by since then, and I was pleasantly surprised to see the band name pop up again in my inbox this past week.  This time around Obscured By Clouds has put together a live album titled ‘Thermospheric’ that will be released alongside a Blu-Ray of the performance.  Containing seven out of the eight songs that were on ‘Psycheclectic’ alongside two new tracks, it’s sure to serve as a great introduction to newcomers and a great way for established fans like me to hear these songs from a new angle.  With ‘Thermospheric’ set for release on October 27th via the band’s own label Psycheclectic Records, today we’re excited to premiere a music video for Consider This A Message.

Live albums tend to be a touchy subject among music fans, as while there have been plenty of notable ones over the decades there are plenty more that feel like quick cash-ins.  You can probably think of some where the audio is hard to make out or the regular cut-ins from the audience disrupt from the performance.  But that’s not the case on ‘Thermospheric’, and Consider This A Message is a perfect example.  If the video didn’t specifically point out that this was a live recording you might not even realize it at first, as the instrumentals are all easy to distinguish and front man William Weikart’s vocals comes through crystal clear.  It almost feels as though you’re the only member of the audience, with the band performing solely for you.  As far as the music itself, though it’s a little different than what we usually cover here at Transcending Obscurity, the darker tonality and gruffer vocals of this particular track are sure to appeal to quite a few of you.  The prominent bass line and drearier guitar melody that lead things off has a sound that falls somewhere between 90s hard rock and stoner/desert rock with a little bit of doom to spice things up, but there are flourishes of melody that bring about a psychedelic influence with plenty of haziness.  Weikart’s vocals head towards the lower registers, at times coming off sounding a bit like Danzig.  It’s the type of track that lulls you into a hazy fog but holds your attention the whole time through with sudden melodic transitions and some spontaneous soloing.  The video’s worth checking out too, as trippy imagery is superimposed over the group’s performance. 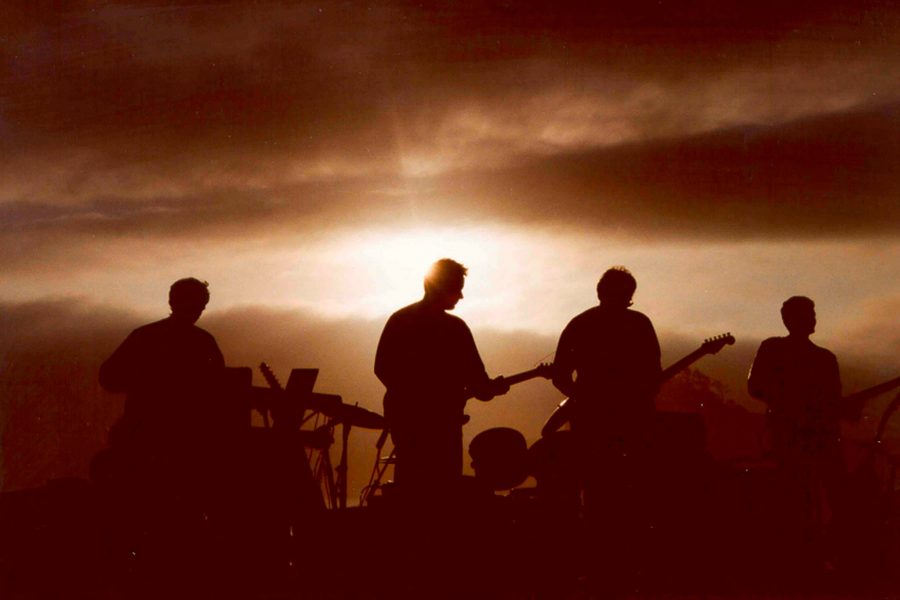 It’s great to see Obscured By Clouds resurface after quite a few years, and they’ve put together a live album that has production values on par with some studio efforts.  Consider This A Message is one of the darker, moodier tracks the band has to offer, but if you dive into the rest of the songs you’ll discover a diverse listen that spans the entirety of the rock spectrum.  ‘Thermospheric’ is out on CD, digital, and Blu-ray October 27th.