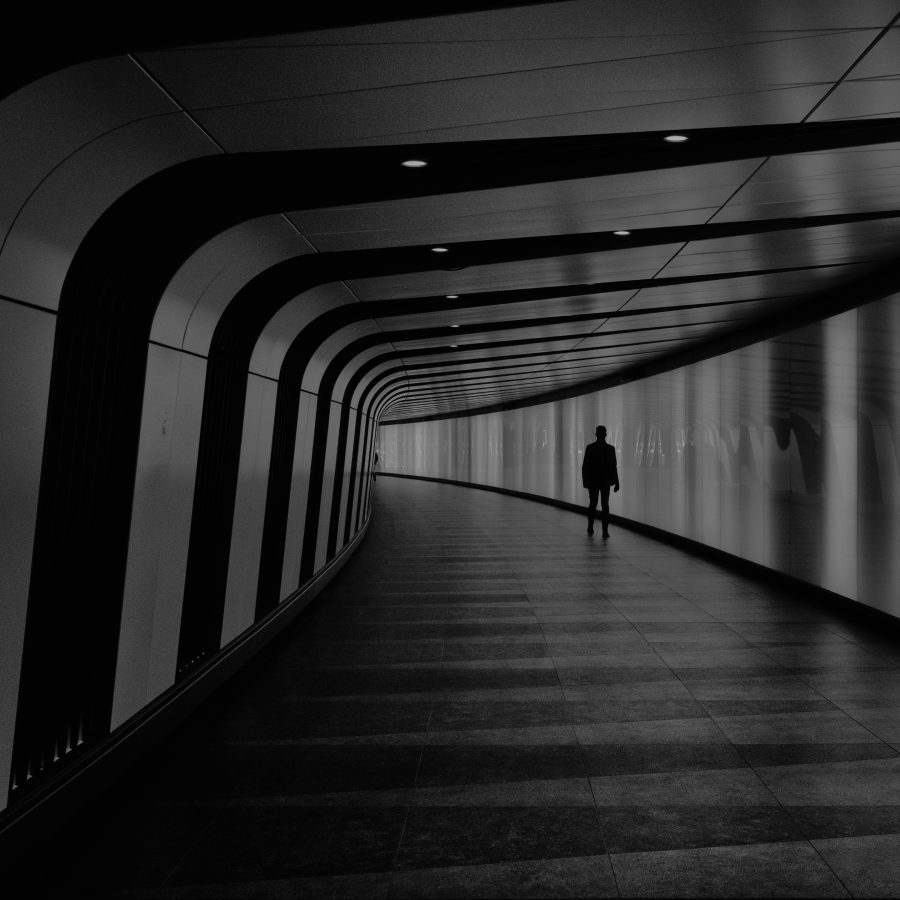 Black metal is one of those genres that does its best to overwhelm the listener, though how a particular band reaches that point varies wildly.  In the case of London based Kassad, the one man project achieves this through dense layers of instrumentation that have a warlike feel and cold industrial undertone alongside sprawling introspective soundscapes.  Kassad is a relatively new project, having released a three song EP ‘Humans’ last year before composing the seven track full length ‘Faces Turn Away’.  Originally released in an extremely limited run of cassettes a few months ago, Hypnotic Dirge Records is set to give the album a CD and digital release on July 6th.   Today we’re premiering the fifth song from ‘Faces Turn Away’, Broken.

What you’ll notice when listening to Broken and the rest of ‘Faces Turn Away’ is that Kassad does an excellent job of balancing waves of abrasive, fast paced riffs and slow moments that ease up on the aggressiveness but retain a dark and sinister feel.  Rather than going for the second wave chill or the atmospheric nature oriented variants of black metal, this project reflects the grime and grit of the modern city.  This is achieved through an almost industrial feel to the drum work and a warlike cadence during the faster sections, which is particularly evident on Broken.  The song begins with the sound of a storm and what sounds like some electronics, letting these linger for thirty seconds before the rest of the instrumentation unleashes a storm of its own.  What drew me in to this particular track is how naturally Kassad builds these layers up, as the somber melodic leads and pummeling drums continue to increase in tension until they reach an overwhelming level that feels like its submerging you into the depths of a murky harbor.  You’ll feel like you’re almost suffocating in its tense atmosphere that takes just as much from depressive black metal as some of the more traditional genre variants, and while Broken isn’t as fast paced as opener Shame it reaches the same level of density.  And while all of this is happening the vocals hit with raspier shrieks that feel like they’re trying to forcibly rip themselves out of your speakers and escape the hellish soundscapes.

Broken is just one side of what Kassad has to offer, as some of the later tracks strip away the vocals and let the instrumentals spread outwards slowly into dark and uncomfortable directions.  There’s a lot to take in, but this one-man project has encompassed the grittier elements of modern life and captured it differently than some of the other black metal bands that have gone for a similar feel.  It’s worth spending some time with, and you’ll have the chance to dive into the rest of ‘Faces Turn Away’ when Hypnotic Dirge Records releases it on July 6th.