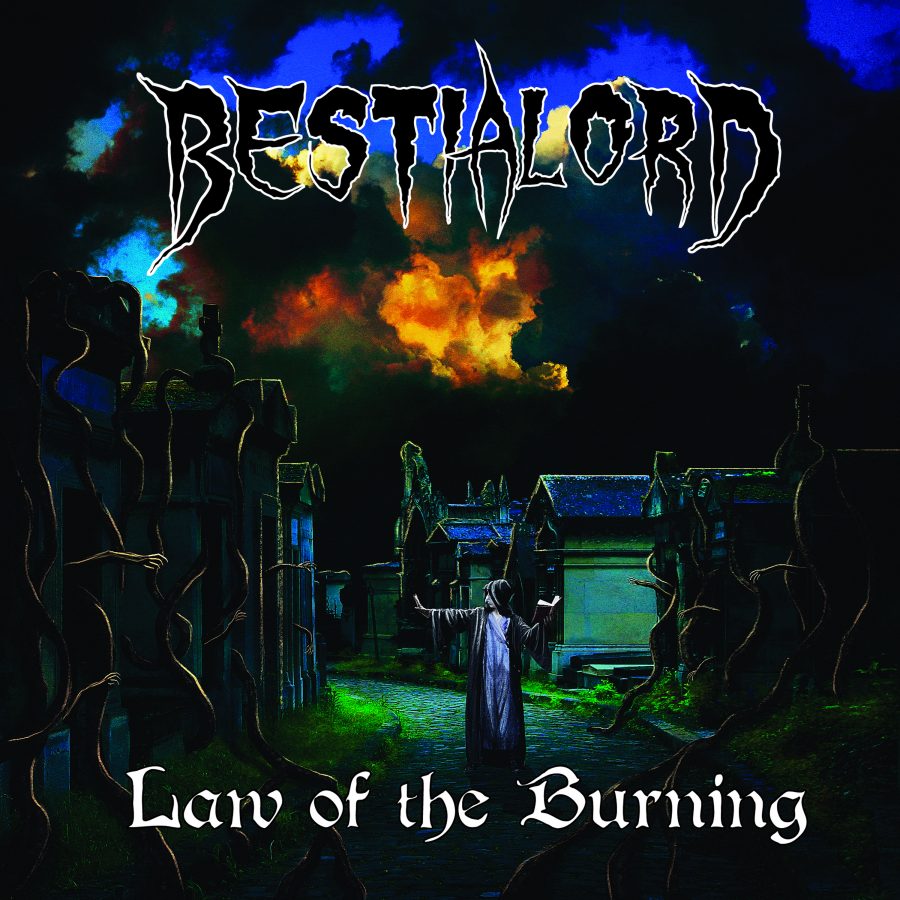 Formed last year by ex-Manilla Road bassist Mark Anderson alongside his bandmate Chris Johnson from Sanctus Infernum, Bestialord offers up their version of occult/horror themed doom on their debut full length ‘Law of the Burning’.  While there have been plenty of bands that have fallen into that category in recent years, where Bestialord differs is in their ability to pull in riffs that recall death metal’s earlier days just as much as doom.  It’s a combination that’s drenched in an ominous, gritty atmosphere that feels appropriately old-school without treading too closely to any one particular band.  With ‘Law of the Burning’ due out on January 1st courtesy of Cimmerian Shade Recordings and Symbol of Domination Productions, today we’re premiering the track All Fall Down.

Bestialord establishes a dark and ominous vibe early on with a soft, eerie melody that leads into the type of bottom heavy distortion you’d expect from doom.  But the instrumentalists have taken a very different approach from the usual retro doom sound, instead capturing a grittier, bass heavy sound that pulls just as much influence from earlier death metal as it does Candlemass.  The riffing throughout All Fall Down is drenched in grime and decay and moves along at a mid-tempo pace that emphasizes the lurching bass grooves and crunchier guitar tone.   It’s not quite as bottom heavy as what one might think of when they hear death/doom as of late, with the production opting for the dirt and grime over sheer weight, but it still leaves an impression with the eerie leads and haunting atmospherics.  Plus the solo around the three quarter mark adds to the haunting nature of the track considerably, helping to break up the mid-tempo groove perfectly. 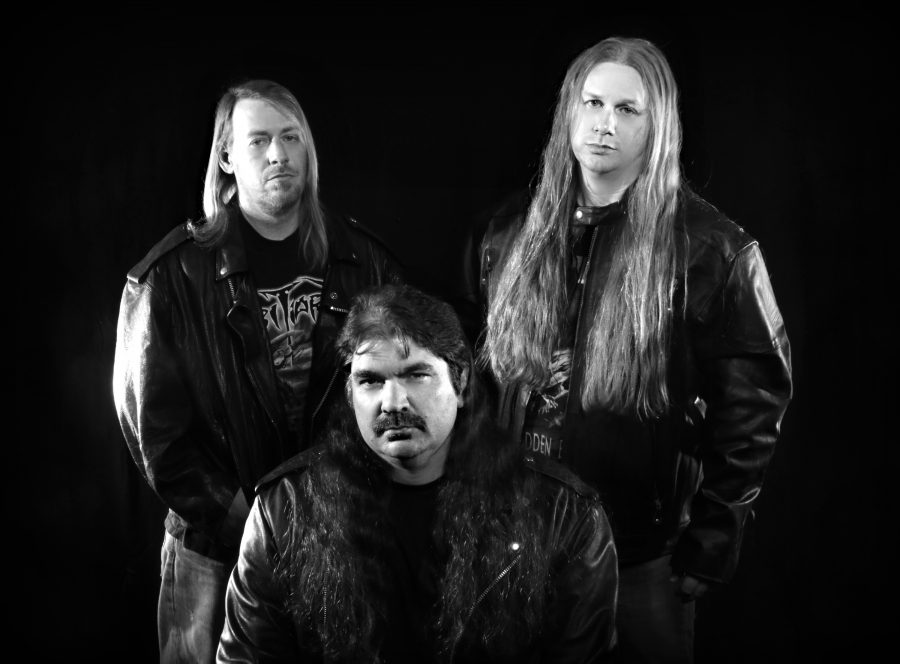 Mark Anderson handles the vocal work throughout ‘Law of the Burning’ and he utilizes a raspier scream that hangs over the recording with a ghoulish presence.  This is where a lot of the death metal vibe I get from the track comes from as Anderson’s pitch is reminiscent of a number of vocalists from that genre, particularly those that are more horror oriented.  The production values allow the screams to hang over the instrumentation and take the spotlight on more than one occasion, and this helps to add a little bit more bite to the material.  It’s a nice change of pace from the clean singing you’d expect from doom of this type, and is one of the elements about Bestialord that I think will grab a good deal of listeners.

Other songs on ‘Law of the Burning’ explore some Mercyful Fate style heavy metal and even some very early black metal alongside the death metal tonality, but at its core this remains a doom album.  Bestialord is old-school in the best way possible, channeling just about every side of extreme metal’s roots without coming off as cashing in on nostalgia.  The group’s left themselves room to expand further upon these concepts, but they’ve still delivered a catchy yet eerie debut.  ‘Law of the Burning’ is out January 1st on Cimmerian Shade Recordings and Symbol of Domination Productions.