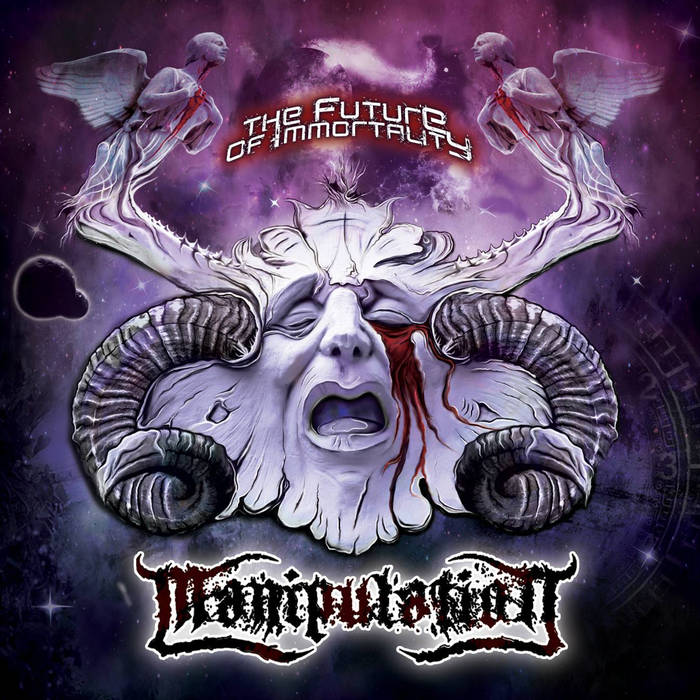 It’s not uncommon for albums that have hit the ten year mark to get a re-release of some type, especially if it has been out of print for a few years.  But what’s a little more unusual is a band making significant tweaks to that release.  This is what Poland’s Manipulation has done with the re-release of their debut full length from 2007 ‘The Future of Immortality’, as not only is the recording remastered but the vocals have been completely redone by the group’s new vocalist Kret.  While these guys may be a death metal band you hadn’t come across before, they’ve put out an EP and two full lengths since ‘The Future of Immortality’ came out originally, and with another album on the horizon this new version of their debut is a great way to discover what they’re all about.  With the December 24th release on GrimmDistribution fast approaching, today we’re premiering the track Loading The Language.

One of the reasons that this particular song grabbed me is the amount of variation present over its six minute run time.  Death metal’s always had a tendency to gravitate towards particular niches, with bands often displaying prominent old-school, technical, or groove influences that make them comparable to specific bands.  But even this early on in their career it’s clear the instrumentalists were pulling in a lot of different influences into their songwriting as Loading The Language weaves between brutality and softer, introspective melodies.  The first minute or so lets the softer instrumentation hover over the recording in a melancholic manner, giving off a very different vibe than listeners might be initially expecting.  But it doesn’t take long from this intro for the distortion to kick in, where Manipulation delivers both speed and slower grooves.  It reminds me a bit of mid-period Decapitation with a little bit of Cattle Decapitation’s blasting added in for good measure.  The variety doesn’t stop there though, as around the halfway point the aggressive instrumentation fades out and the melodies pick back up, this time with a slight hard rock influence coming through.  Even with how often this song changes the transitions feel natural, and the interplay between somber melodies and intense death metal riffing gives Manipulation a broader appeal than is sometimes typical for the genre. 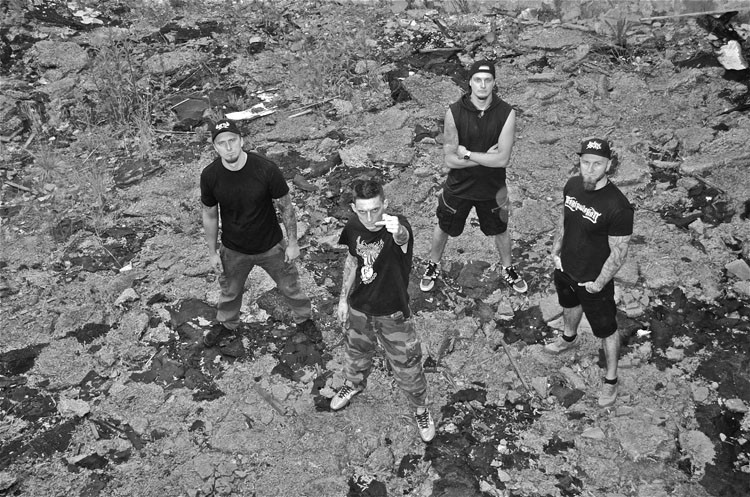 The original version of ‘The Future of Immortality’ doesn’t seem to be easily accessible on the Internet, so I’m not sure how Kret compares to Manipulation’s previous vocalist that performed these songs.  But he definitely makes a strong first impression, launching right into low growls and higher shrieks that sound genuinely unhinged.  Kret’s range is formidable, with the highs and lows hitting just about every range you can think of.  When the instrumentals mellow out the vocals head towards clean singing, and this is where some of the previously mentioned rock vibes really come into play.  The singing reminds me of a number of different 90s/2000s hard/alternative rock, and while that may be alarming to some death metal fans I think it fits the style Manipulation is going for here.

‘The Future of Immortality’ has a lot of variety to offer listeners, and the balance between melodic passages and aggressive riffing/grooves stands out.  The songs may be ten years old at this point, but the change in vocals and remastering makes them feel just as fresh today and leaves me excited to see what direction the new material heads in.  Check out the full album when it releases via GrimmDistribution on December 24th.