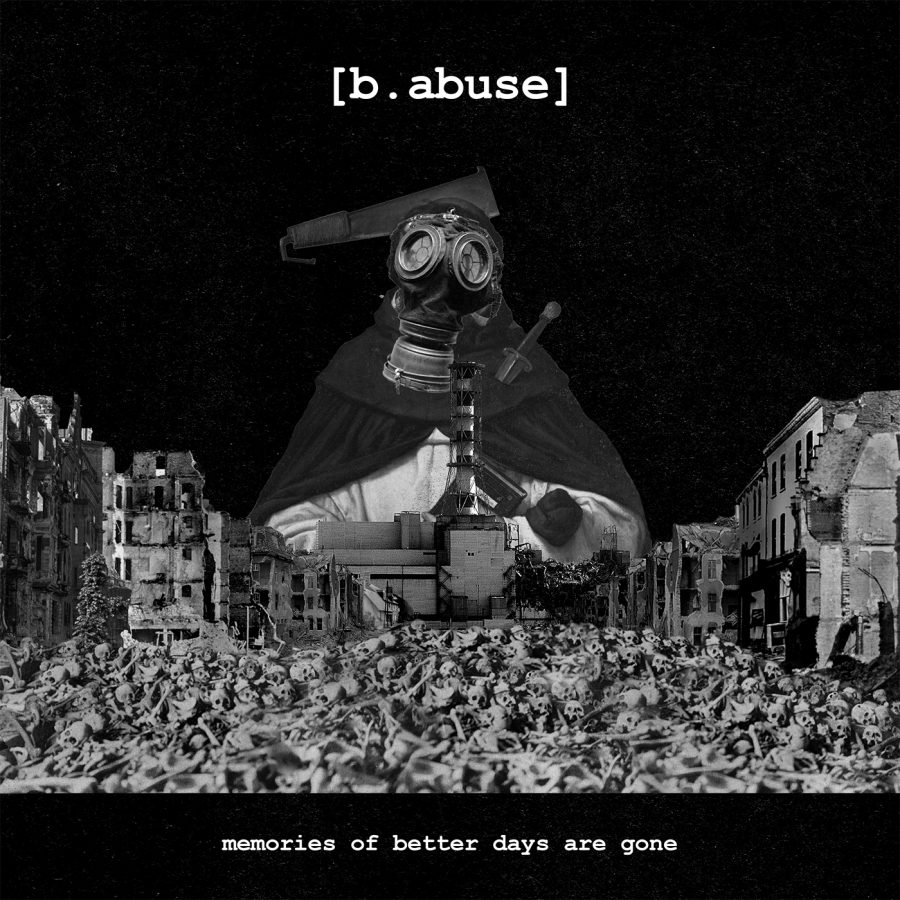 One of my favorite parts of writing about music is discovering long running bands that hadn’t been on my radar previously.  Germany’s [b.abuse] is the latest to come across my desk and they’ve made a strong first impression with their fifth full length ‘Memories Of Better Days Are Gone’, due out February 23rd on WOOAAARGH, Vinylaceton, and Ecocentric Records.  Their sound is one that’s hard to pin down, and having celebrated their twenty fifth anniversary in 2016 it seems as though shape shifting between styles has been a staple of their material.  With hints of crust, post punk, noise rock, and plenty of other elements present in their instrumentals, the band seals it with strong hooks and aggressive vocals.  Today we’re premiering the song Nothing Will Remain so you can discover all of the twists and turns [b.abuse] has to offer.

Nothing Will Remain starts off on a heavier note, with riffs that have a bottom heavy tone and immediately bring some crust and noise rock influences to mind.  But it doesn’t take long before the band changes gears, as around the minute and a half mark the sound opens up significantly and incorporates some scorching leads.  While this is going on there are prominent bass lines working to fill out the sound, giving off a Voivod and post punk vibe.  [b.abuse] seamlessly moves from one element to the next with relative ease, taking the listener on a musical journey that offers a dark and heavy vibe one moment and a melodic, introspective one the next.  But what really makes this song and the rest of ‘Memories Of Better Days Are Gone’ stand out for me is the group’s ability to offer hook after hook alongside the experimentation.  For how often they switch things up and move in unexpected directions, there are consistently riffs that grab your attention and that stick with you after the song has come to an end.

The vocals stick towards the more aggressive end of the spectrum, coming through as lower pitched screams that are jagged and violent.  But like their instrumentals, [b.abuse] doesn’t let their vocal work stay in one place for too long either and it isn’t long before higher screams and some cleaner ranges come through.  Given the song title Nothing Will Remain it feels appropriate that even as the group transitions to mellower singing there’s a darker, melancholic tone.  It’s quite appealing and while other songs on the album showcase these pitches a bit more this particular track showcases the versatility of the performance.

[b.abuse] has a lot of staying power, and with a sound that could appeal to fans of everything from post punk to metal they are worth paying attention to.  ‘Memories Of Better Days Are Gone’ releases on February 23rd, and in the meantime it looks like I have another back catalog to dive into.