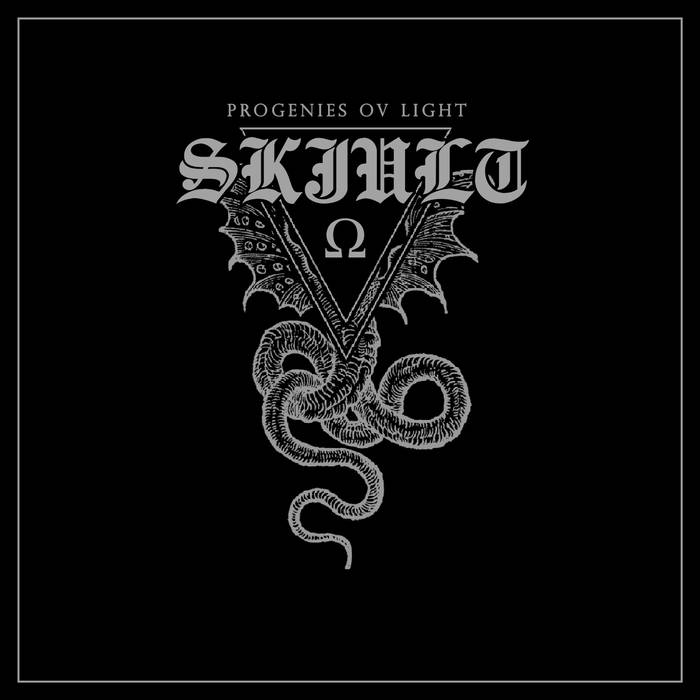 Two years have passed since Cuban black metal band Skjult released their first full length ‘Within the Flesh’, and now the one-man project has returned with a follow-up titled ‘Progenies ov Light’.  On this newest release band creator Conspirator has once again stuck with abrasive, icy riffing that focuses on fast paced blasting and slower, brooding passages in equal capacity but there’s a higher level of polish to the production and writing.  With ‘Progenies ov Light’ due out on February 21st from Satanath Records and Black Metal Propaganda Deutschland, today we’re excited to premiere the song Dawn ov an Era of Light.

There’s still a rawer edge to the instrumentation throughout the material, but compared to Skjult’s debut the production values come off feeling more polished and there is clear separation between the guitar, bass, and drums that work together to deliver a bleak sound.  While other songs on ‘Progenies ov Light’ emphasize blast beats and speed, Dawn ov an Era of Light is one of the slower numbers and it uses that to its advantage with riffing that portrays a sense of destruction and desolation.  Seeing as this is one of the final tracks on the album, switching gears over to this tempo makes sense and showcases Skjult’s ability to let its leads sink its hooks into your flesh no matter what speed they’re going at.  The overall tonality and song structure is sure to be reminiscent of different European black metal bands, but I was personally reminded of the type of closing tracks Endstille utilized on ‘Endstilles Reich’ and ‘Verführer’. There’s a definite similarity to the “calm after the storm” approach this track displays, and it’s pulled off with the same amount of jagged edges that prove to be quite enticing.  Conspirator’s vocals skew towards the raspier side, and the amount of distortion and grit to his screams grab you by the throat and feel as though they’re capable of completely wringing the life out of you.

Skjult’s second full length has taken the elements from the band’s debut and refined them further, delivering a destructive release that pulls from a number of clear influences but never sounds too close to one particular group.  Between this album and last year’s Narbeleth release, it seems like we should keep an eye on Cuba as the country has produced some hellish black metal on par with other parts of the world.  ‘Progenies ov Light’ is out February 21st on Satanath Records and Black Metal Propaganda Deutschland.