We’re ecstatic to announce that we’ve signed a multiple album and format deal with Norwegian death metal band Diskord, after first signing death/grind band Defect Designer that shares 2/3rd members of Diskord. It’s great to have such talented and innovative bands on the label. Diskord play death metal that’s rooted in the old school sound but has its own share of eccentricities, influenced partly by bands like Demilich, Carcass, Atheist, Cynic, Phlebetomized, Carbonized, Pathologist, Cadaver, etc. The band is currently getting its new record mixed and mastered by Colin Marston (Gorguts) and should see the light of day some time in 2021. 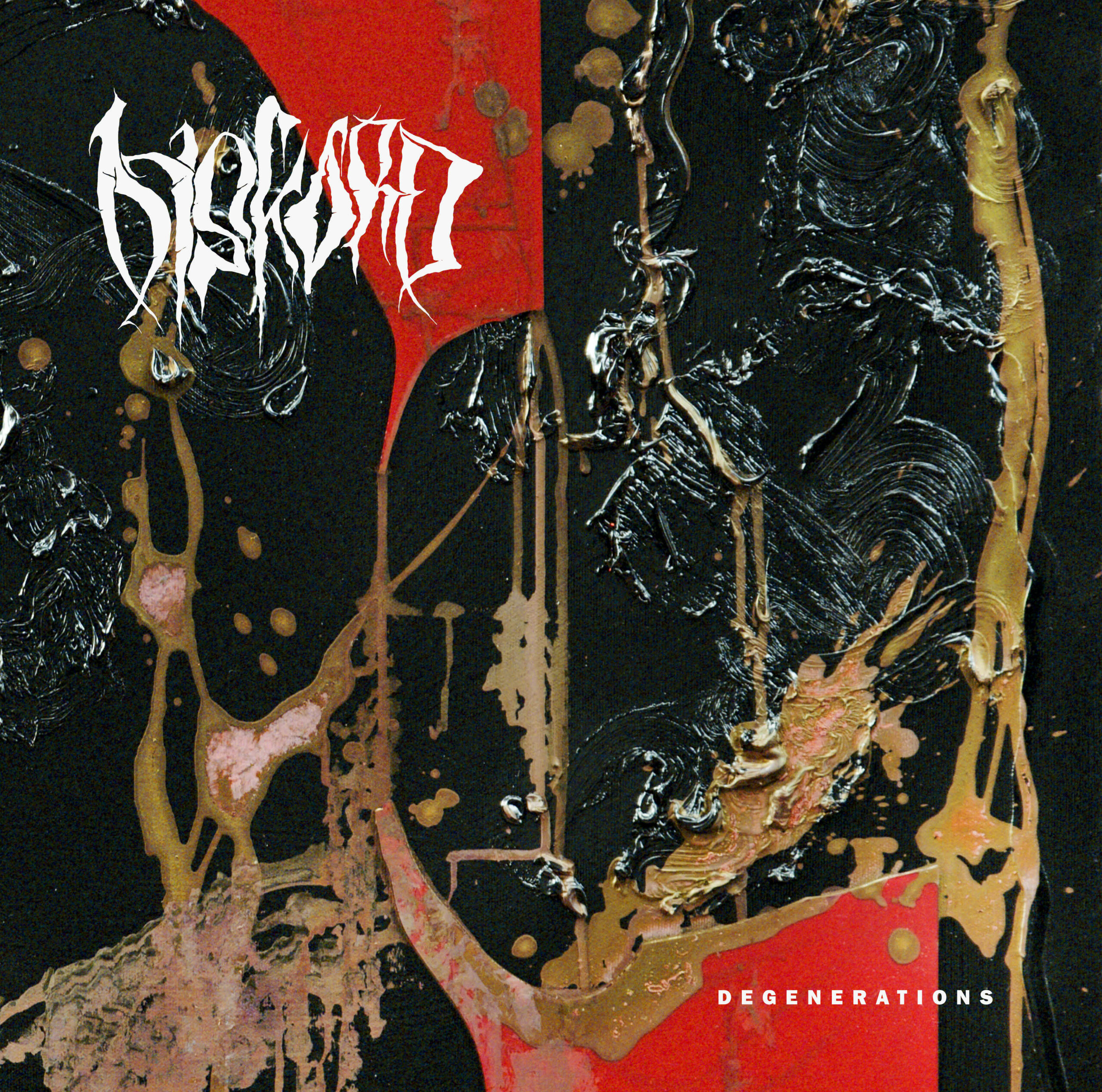 Band’s statement: We’re thrilled to announce our signing with Transcending Obscurity for our upcoming full-length album Degenerations, as well as a second release after that. Degenerations will be our third LP following the critically acclaimed releases Doomscapes (2007) and Dystopics (2012), as well as the 2014 MLP Oscillations.

The label seems to be full of promise, and has plenty of great bands both within and without our genre that we’re excited to become labelmates with. Also, seeing their track record of high-quality releases in physical formats was an important deciding factor for us.
The release contains 12 brand new songs, showcasing Diskord’s trademark blend of old-school death metal leanings and forward-thinking weirdness.
The lineup on this release is:
Hans Jørgen – Drums and vocals
Dmitry (Defect Designer) – Guitars and vocals
Eyvind (Defect Designer) – Bass guitar, electric upright bass, cello, theremin, synth, vocals
The front cover is once again a unique piece of art by our long-time friend and collaborator Sindre Foss Skancke (http://sindrefossskancke.com/), from whom every Diskord-cover stems.
Recording was done by Morten Øby at Taakeheimen Lydrike, as well as various DIY operations. The album’s sound is engineered by Martin Storm-Olsen at Sounds of O studio and Colin Marston at Menegroth – The Thousand Caves.
Side A:
01 – Loitering in the Portal
02 – Bionic Tomb Eternal
03 – Abnegations
04 – The Endless Spiral
05 – Dirigiste Radio Hit
06 – Lone Survivor
Side B:
07 – Dragged for Coronation
08 – Clawing at the Fabric of Space
09 – Atoms Decay
10 – Raging Berzerker in the Universe Rigid
11 – Gnashing
12 – Beyond the Grime
Bandcamp – https://diskord.bandcamp.com