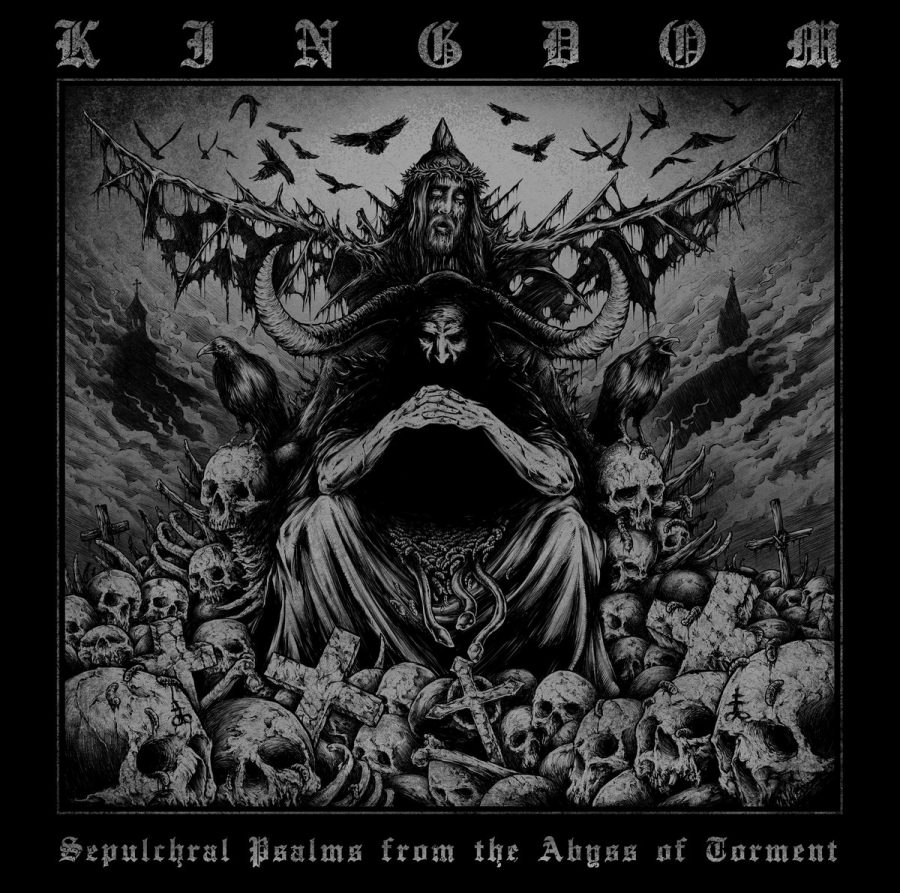 Polish death metal band Kingdom released their third full length ‘Sepulchral Psalms from the Abyss of Torment’ last October via Godz ov War Productions and it was one of those albums that caught my attention from the first song.  Like many of you, Kingdom had flown under my radar previously despite the fact that they had been cranking out destructive and dark death metal since 2003.  Coming in at a quick thirty four and a half minutes, this is one of those albums that is blistering from start to finish and leaves behind scorched earth in its wake.

The above description is likely to sound familiar, as there are quite a few bands in the genre that go for that unrelenting and warlike approach, but Kingdom has some aspects to their songwriting that help them feel a bit more distinguishable.  One of the first things you’ll notice when making your way through ‘Sepulchral Psalms from the Abyss of Torment’ is that a significant amount of black metal influence seeps in, from both the tonality of some of the guitar leads to the raspy pitches of the vocals.  These influences also allow the songs to head in different directions, with some coming through like a battering ram of fast paced riffs and drumming while others slow things down ever so slightly and let a darker, sinister atmosphere seep in.  Kingdom’s strong songwriting is bolstered by a production that adds a considerable amount of weight to each of the instruments without sacrificing the details of each song, which definitely gives them a leg up on some of the others out there.  Plus I can’t forget the vocals from guitarist LWN, which come through as ear piercing shrieks and screams that are as ugly and jagged as they come.

With Kingdom’s latest full length providing some standout death metal as well as once again proving how heavy hitting the Polish metal scene is, I had the chance to ask vocalist/guitarist LWN some questions to find out a little bit more about the album and their latest release.

Transcending Obscurity (Chris Dahlberg): ‘Sepulchral Psalms from the Abyss of Torment’ has been out for a few months now, what has the general response been to the album so far?

Kingdom (LWN): Mainly good or very good, so I think that the album found its place in the underground death metal scene.

TO: Three years passed between ‘Morbid Priest of Supreme Blasphemy’ and ‘Sepulchral Psalms from the Abyss of Torment’.  When did you guys start writing these songs and were they any elements you approached differently this time around?

Kingdom: After we recorded ‘MPoSB’ we had some time to rest from Kingdom, not long but enough to start creating new material. We don’t have time frames where we have to do this or that, so we slowly began to put riffs and drums together. That’s how we do it every time.

TO: What stands out to me about the album is how well you balance a grimier, dark atmosphere with dense, heavy hitting sections.  What death metal bands have you taken inspiration from when it comes to your own writing?

Kingdom: It’s very hard to say that this or that band was the main inspiration for us. We try to make music that will somehow be unique, that the listener could say that we have our own style or sound. And this is what you said: the balance, the atmosphere. Of course bands that I follow are Incantation, Angelcorpse, Bolt Thrower, Desecresy, Dead Congregation, and many more.

TO: Engineering, mixing, and mastering were handled by Mateu-Sz.  How do you feel he made the final album better and how long did you spend in the studio recording ‘Sepulchral Psalms from the Abyss of Torment’?

Kingdom: I don’t see the reason to stay in the studio for too long just to show how fuckin great you are, make some stupid studio reports and more idiotic stuff. It took us about 20 hours for all the things connected to recording an album. Mateu-Sz is a great producer, I hope that we will work together in the future.

TO: The new album is the first to feature STH on bass, as he joined Kingdom in 2015.  How did you guys recruit him into the band and what made him the right man for the job?

Kingdom: He had his distro stand on a concert in Płock, we met and talked for some time and decided to try him as a bass player. It was very good choice because he fits Kingdom very well.

TO: Though some people may just now be hearing you for the first time, you’ve been a band since 2003 and have several other releases.  For those who are interested in working their way backwards, are copies of your older releases still widely available, and how do they compare writing wise to your newest album?

Kingdom: I don’t know if the are some more copies, I don’t have them.  If someone is interested, searching EBay or maybe some labels could help. Our last two albums are the best that we’ve done and they show the way that Kingdom will follow. 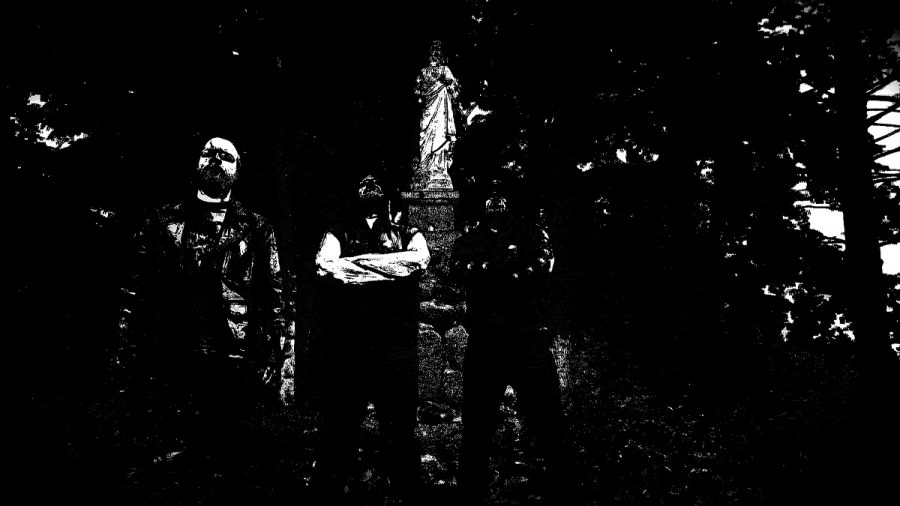 TO: The cover artwork, created by Maciej Kamuda, is fantastic.  What initial ideas did you have for the art and how was Kamuda able to bring these visions to life with the final product?

Kingdom: We always have good luck with drawing artists because on every album, demo or ep the graphics fit the music. We gave Maciek freedom, just sent him music that he could listen to and feel the atmosphere. His work is tremendous.

TO: The album ends with a cover of Darkthrone’s Cromlech.  Darkthrone’s death metal days are sometimes overlooked so I always like hearing new covers of their stuff.  What made Cromlech the song you guys wanted to cover in particular?

Kingdom: We always try to make a cover in our own way, this time we fought with legendary Cromlech. The choice was an accident, someone said something about Darkthrone and that’s all.

TO: Poland has had a wide variety of metal bands for the past few decades, but it seems within the last five years or so they’ve been gaining a lot more international exposure, and there are more labels from the country.  What are your thoughts on Polish metal in its current state, and what can still be improved?

Kingdom: I’m not in the scene very well, I know that many Polish bands and labels are conquering new lands, but I don’t follow this much. Poland has always been a place where many great bands was created, some of them are dead now but some still are active.

TO: ‘Sepulchral Psalms from the Abyss of Torment’ was released on CD.  You’ve had some previous releases come out on cassette, are you looking to eventually do a cassette version of this album as well?

Kingdom: It’s Greg’s decision, if he wants to release it on cassette we don’t have objections but I don’t think that he will do that.

TO: You’re opening for Dead Congregation in February, and have another show scheduled for the end of this month.  What other touring plans do you have for this year, any potential shows outside of Poland?

Kingdom: We played with DC and it was a very good show for us. It was our second concert, we have never been and never will be a very active live band but from time to time a concert can happen. Next is planned maybe at the end of the year but we will see what time will bring.

TO: Is there anything else you’d like to say about ‘Sepulchral Psalms from the Abyss of Torment’ or Kingdom?

Kingdom: Thanks for the interview, never stop the madness.