We haven’t been signing too many bands of late but earlier this year we couldn’t resist signing one upon listening to Viande‘s mesmerizing brand of dark and eerie death metal. Fans of bands on the label such as Xpus, Trench Warfare, Jupiterian, Death Courier, P.H.O.B.O.S., etc. should definitely be into their music! 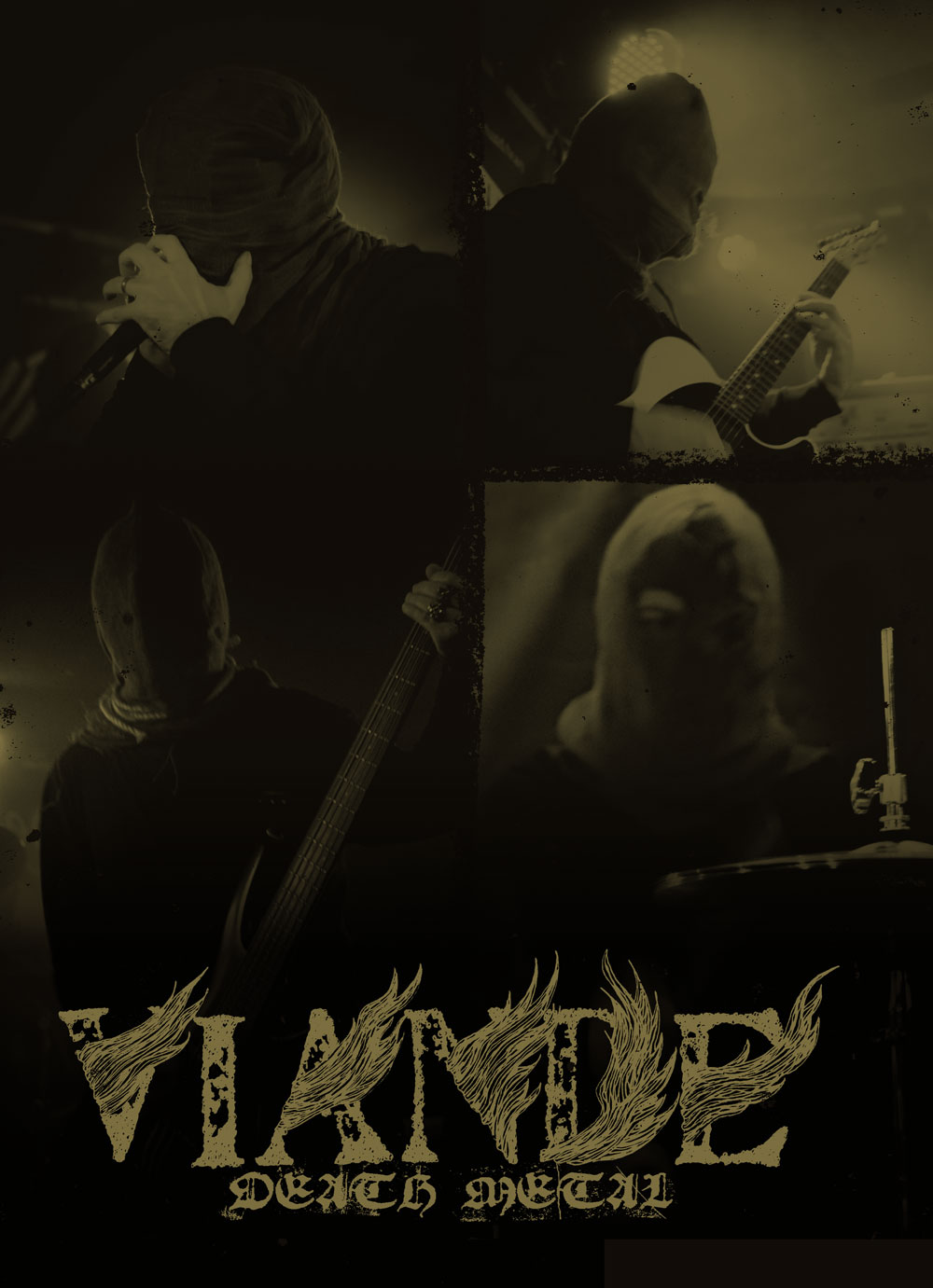 Here’s the band’s official statement – “We are really enthusiastic to ink the deal with Transcending Obscurity. We have heard of Kunal’s devotion to his label, bands and to the death metal scene in general. We are pleased to know that our upcoming album will be handled with care and passion. With a several albums deal we have a good view for the future of the band and we are proud to hit this road with Transcending Obscurity. This first album, entitled ‘L’abîme dévore les âmes’ is the fruit of a long hard work. It stems from the two demos with a darker, heavier atmosphere and a strong and harsh Industrial influence. It was recorded and mixed by Cédric Lergès at La Forge (Isère, France). We are really satisfied of the sound and the overall ambience that emanates from it.”

You can listen to one of the tracks from the album exclusively AT THIS LINK.