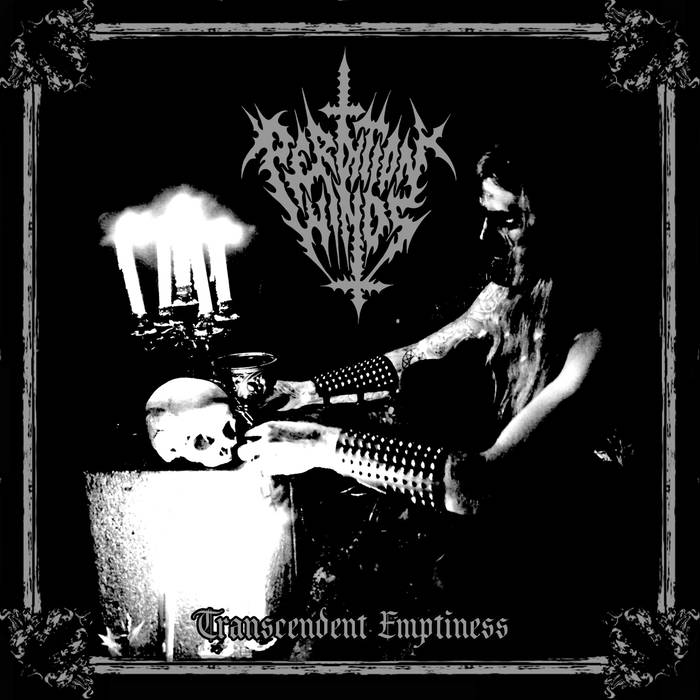 Though this may be the first exposure to Finnish black metal band Perdition Winds for many of you, the group has been honing their craft for the better part of seven years through releases with well-known labels like Woodcut, Darker Than Black, and Satanath.  Featuring members that are also in Desolate Shrine, Corpsessed, and Lie in Ruins, they may come from more of a death metal background but over the course of an EP, full length, and split the band has proven their ability to do the harsh and hellish black metal sound justice.  For album number two, ‘Transcendent Emptiness’, Perdition Winds has debuted their new vocalist J.I. and signed with Hellthrasher Productions.  The resulting effort finds them branching out a bit further towards without losing their abrasive, dense instrumentation.  With the album due out on CD and digital formats on December 8th (with vinyl set to come out in January), today we’re pleased to offer you a stream of the entire release.

Compared to 2014’s ‘Aura of Suffering’, ‘Transcendent Emptiness’ offers a bit more clarity when it comes to the overall production, but it manages this without sacrificing intensity.  Much of Perdition Winds’ previous material has been wrapped in a murky, bottom heavy sound that emphasized chunkier riffing and obscured some of the details in a wall of noise, with some nods to the group’s death metal background in the overall tonality.  But right from the start of this album you’ll notice the guitar leads are right in your face, and swirl around the rest of the instrumentation like a whirlwind.  It’s reminiscent of the approach a lot of other black metal bands have taken in recent years, giving the emphasis to individual leads by letting them tower over the blast beats and denser bass lines.  This works in the group’s favor, as it pushes their sound outwards towards sprawling darkness and scorching climaxes while also allowing the individual passages to be a bit more distinguishable from each other.  The album is oriented towards longer track lengths, allowing the instrumentals to weave a slower unsettling melody before heading into sections that have a bit more of a black/death metal flair.  Taken in smaller doses there are familiar riffs throughout ‘Transcendent Emptiness’, but it’s the way Perdition Winds weaves them together into cohesive arrangements that makes them so enticing.

J.I. makes a strong first impression throughout the course of the album, as his vocals pierce through the recording with an immense amount of force.  Combined with the backing pitches from bassist J.K.A., this may be the most versatile performance that Perditions Winds has offered to date.  The vocal work weaves back and forth between lower growls that add a layer of grime to the material and high shrieks that are bone chilling and jagged.  It also helps that these ranges are front and center in the mix, letting them completely overwhelm the listeners from one song to the next.  ‘Transcendent Emptiness’ is a considerable step forward for the band in this regard, and they’ve definitely captured the true intensity and spirit of black metal. 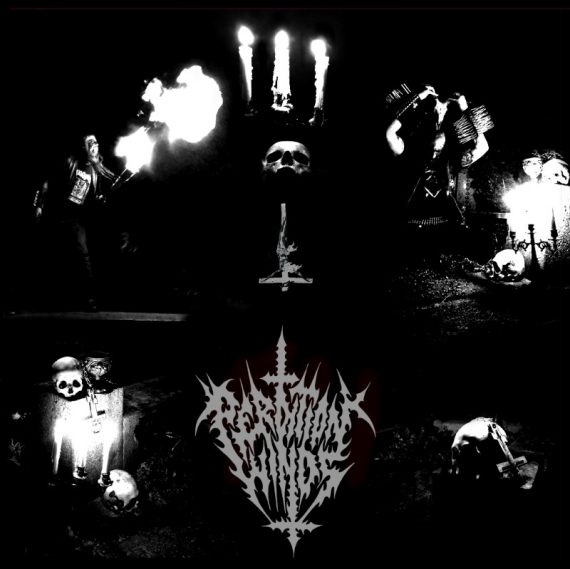 Perdition Winds has taken everything to the next level on their sophomore release, altering their production values in a way that lets the pitch black melodies expand alongside the denser blasts.  There’s still an air of familiarity to the material, but the strength of the writing gives listeners plenty of substance.  ‘Transcendent Emptiness’ is out tomorrow, December 8th, from Hellthrasher Productions.