On the 20th anniversary of ‘Maximum Carnage’, originally released on Nuclear Blast in 1996, we announce a special reissue with two bonus tracks and a fresh layout along with exclusive liner notes from founder Mark White. WARLORD U.K. have always been unheralded and yet they are one of the pillars of the UK death metal scene along with others like BOLT THROWER, BENEDICTION and CANCER. Overshadowed probably due to pack of promotion and the period when death metal was saturated, it is our honour to unearth this album from the crypts of oblivion and present it in its original quality with packaging enhancements – each CD comes with a unique hand-numbered certificate of authenticity and a large sticker of the album artwork. Limited to 500 copies worldwide, these won’t ever be pressed again. Experience UK death metal at its peak with probably the best album Warlord UK have recorded. 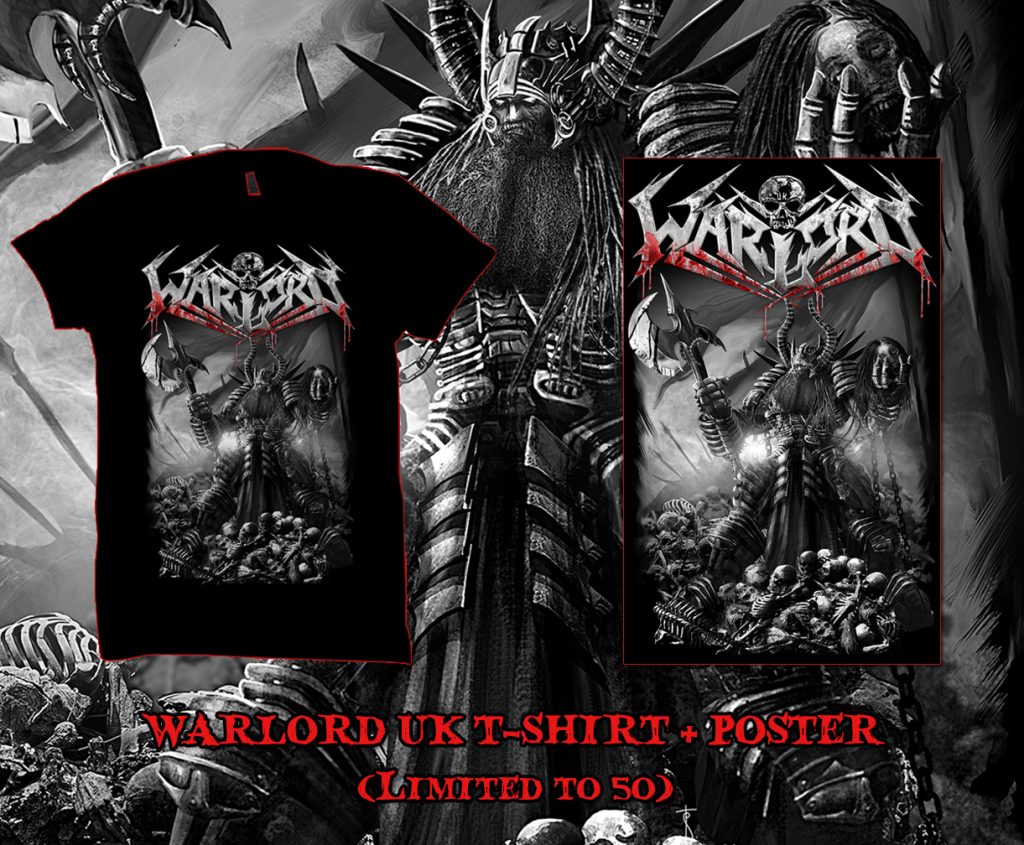 Best albums of the year list at No Clean Singing –
www.nocleansinging.com/2016/12/28/listmania-2016-grant-skeltons-list-of-the-years-best-death-metal/

– “worship at the feet of a mighty, yet underrated British institution” – The Killchain (UK)

– “Still not over Bolt Thrower’s untimely demise? Warlord UK might your be the nuclear blast from the past” – Darkview (Belgium) 8/10

‘Fearless Undead Machines’ is one of the landmark albums in the thrash/death metal style. While the first two DECEASED albums were great, this one just took the band to another level altogether. The surreal zombie concept was phenomenally well done and executed; each of the songs reek of that dread and pensive heart-throbbing atmosphere. The solos continue to be incredibly memorable and inspiring, the vocals shudder with that rare horror-themed conviction, the drumming remains brisk and vibrant throughout, while the guitarists paint a thrilling image of the post-apocalyptic zombie-infested world with some of the most sublime riffs any metalhead will ever hear. Few albums have come close to the ambitious storytelling skills and majesty of this one. Even fewer sound as fresh and exciting a couple of decades later. This is a veritable classic.

The original artwork and sound have been retained on this official reissue authorized by King Fowley, and contains special liner notes and pictures that weren’t present in the first pressing. Experience an unforgettable classic in its original glory all over again.

This is the second release on the new sub-label, Transcending Obscurity Classics, after Greek death/crust metal band ABYSSUS’ ‘Once Entombed’. 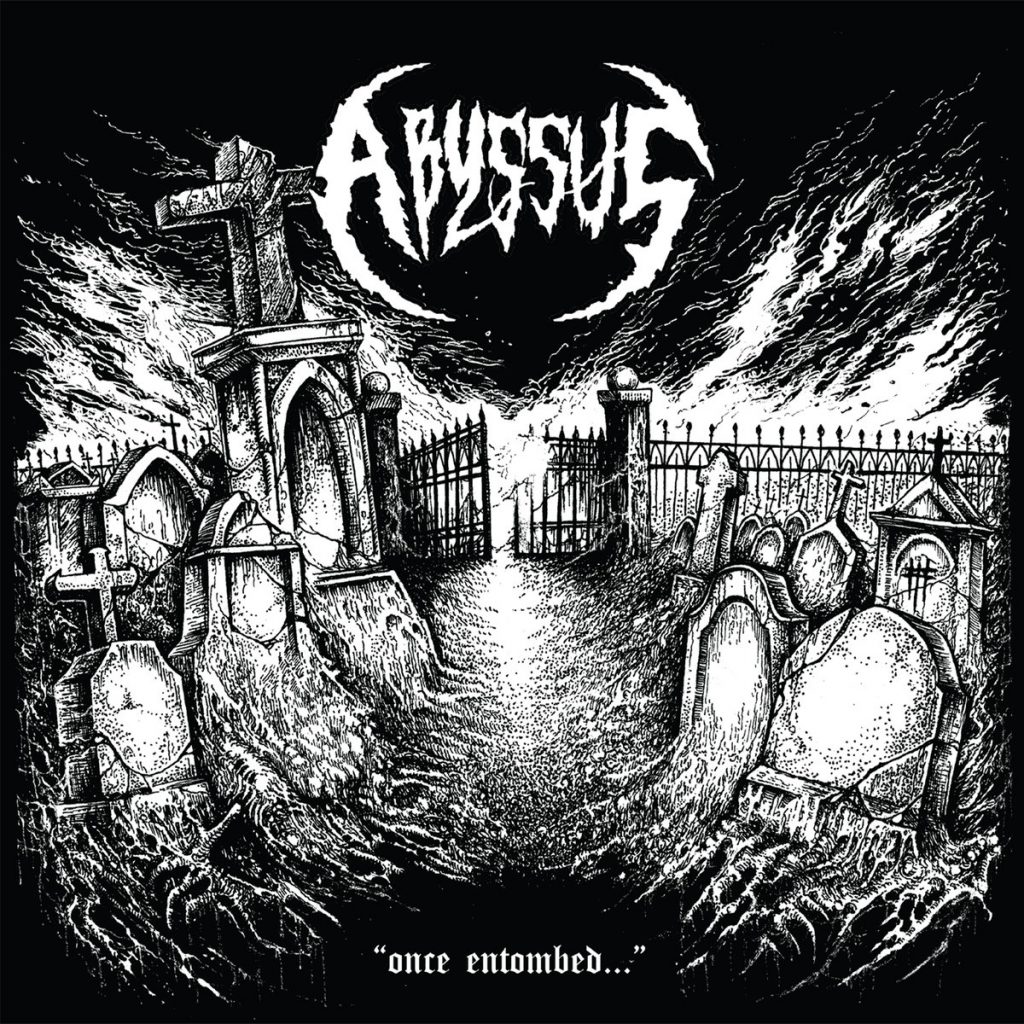 ABYSSUS are a new sensation in the death metal underground, known for their OBITUARY-esque traits as well as their crust-laden old school death metal leanings. The band successfully reinvigorate the fire lacking in today’s death metal music, by circumventing the modern elements and just going primal both in rage and sound. This release puts together their latest split material with crust grinders SLAKTGRAV, their infamous EP ‘Summon the Dead’, which was also on the split with Czech death metal grime-peddlers MORBIDER, as well as their split with death metal warlords NOCTURNAL VOMIT, and finally, their debut EP ‘Monarch to the Kingdom of the Dead’ – all in reverse chronological order, having the latest material first. The energy is barely contained on this single disc, which reverberates with untamed enthusiasm, purest intentions and a sound that hearkens back to the irresistible, untouched-by-fate golden period of death metal.

No Clean Singing (US) –
www.nocleansinging.com/2016/01/22/an-ncs-premiere-abyssus-morbid-inheritance/

“executed with methodical precision and a profound diligence” –Exclaim.ca (Canada) 8/10

“The spirit of the genre is indeed alive and well in the hands of this power trio.” – No Clean Singing (US)

“we have a lot of gems” – Voices from the Darkside (Germany)

“a hell of a job refreshing your taste for some classic metal.” – Echoes and Dust (UK)

“With Abyssus, you get what you paid for: vile vocals, crusty riffs, and a few D-beats to boot.” – Metal Trenches

“great sounding collection” – The True Bringer of Death (US) 8/10

“if you love old school d/m, this release will be right for you” – Arte Mortifica (US)

“it’s done well and with spirit.” – Musique Machine (US)

Today is the official release date of the much awa

Keep an eye out for the Eye of Purgatory release t

Preorders for the latest release of the scintillat