Here’s a low priced combo deal where you get the outstanding glow-in-the-dark effect digipak of XPUS with the gorgeous digipak of the South American marauders VERTHEBRAL who are similarly savage and lethal in their execution. You can listen to their music here – verthebraldeath.bandcamp.com 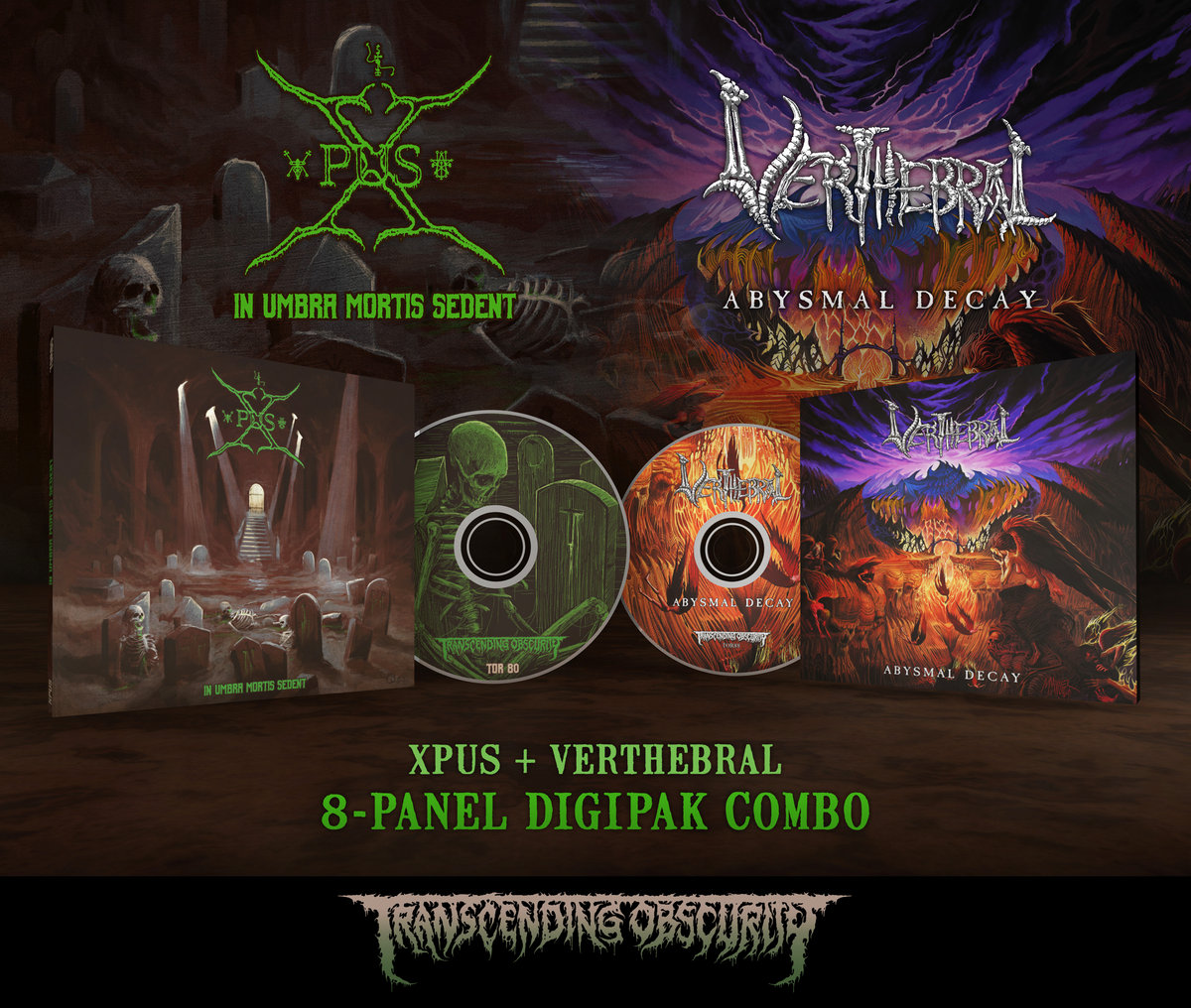 XPUS from Italy are invoking the ghosts of the dark and harrowing bands that surfaced in the ’90s such as MORBID ANGEL, DEICIDE, INCANTATION and SINISTER, but obviously channeling it through their intensified, dense sound that makes it somewhat unique and frightening. There’s palpable dark energy in this band’s execution and none of it is blurred from chaos, rather it’s brilliantly enunciated and fleshed out for maximum impact. With artwork from the acclaimed artist Misanthropic Art bringing to life their cryptic, graveyard-crawling death metal, the packaging furthermore receives a shot in the arm because of the unique and probably never before done before glow-in-the-dark effect. This is pummelling, dark death metal that doesn’t nod off and makes sure its grip on you keeps tightening.