The Wombbath pullover hoodie is an absolute unit! It’s made of extremely comfortable cotton, and has prints on both sleeves as well as a giant band logo on the front. Then, of course, there is the massive print of the phenomenal album artwork by Sv Bell (Amorphis, Kataklysm) on the back, and the kangaroo pocket in the front to tuck your hands and essentials in.These are very limited so don’t miss out! 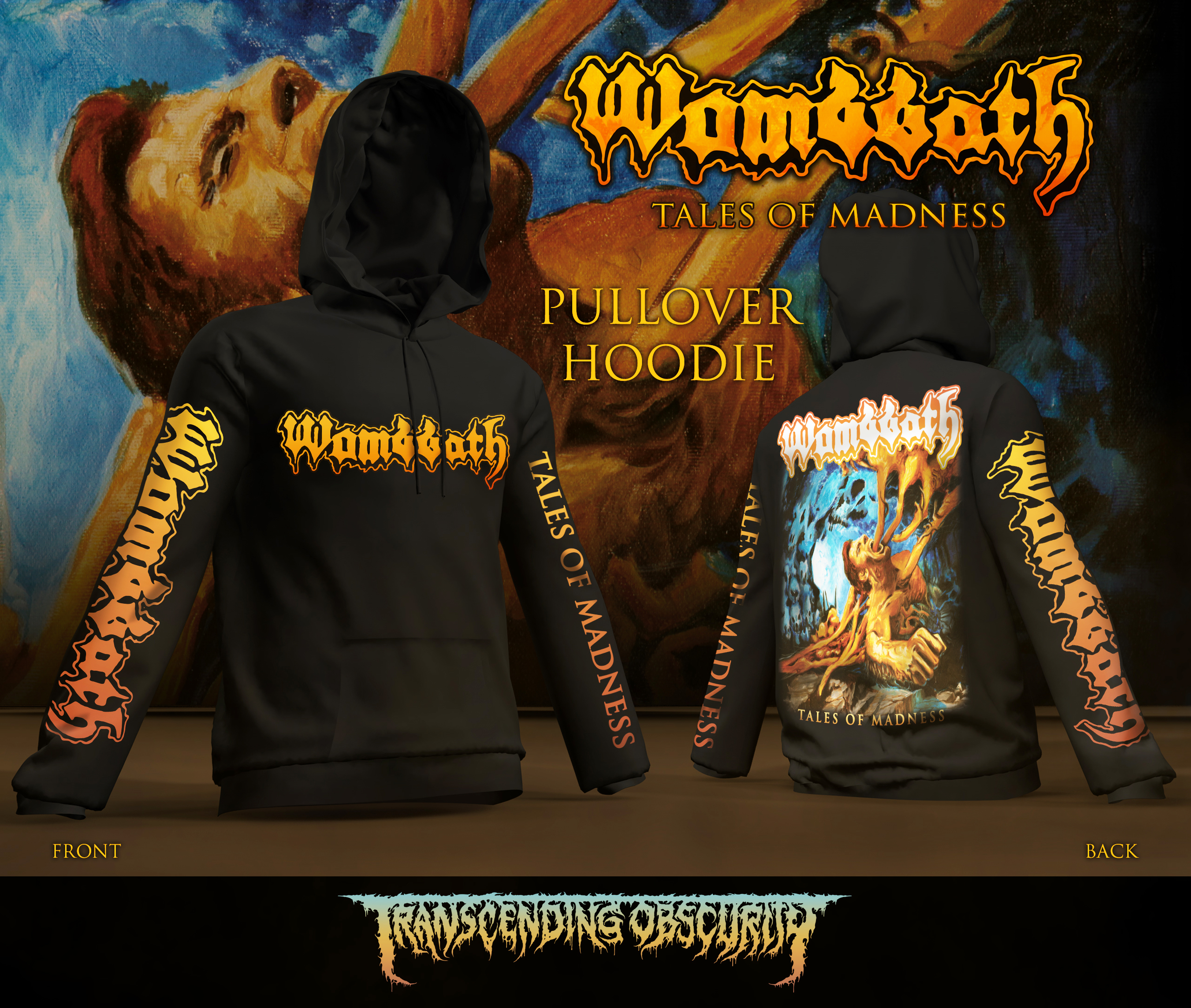