Our girlie T-shirts are visibly different from the standard male-bodied stocky metal tees. These are body-fitting creations made of the finest cotton material. This crew-neck tee variant has the ‘Tales Of Madness’ artwork printed on the front, with the ’30 years of death metal’ printed on the back. 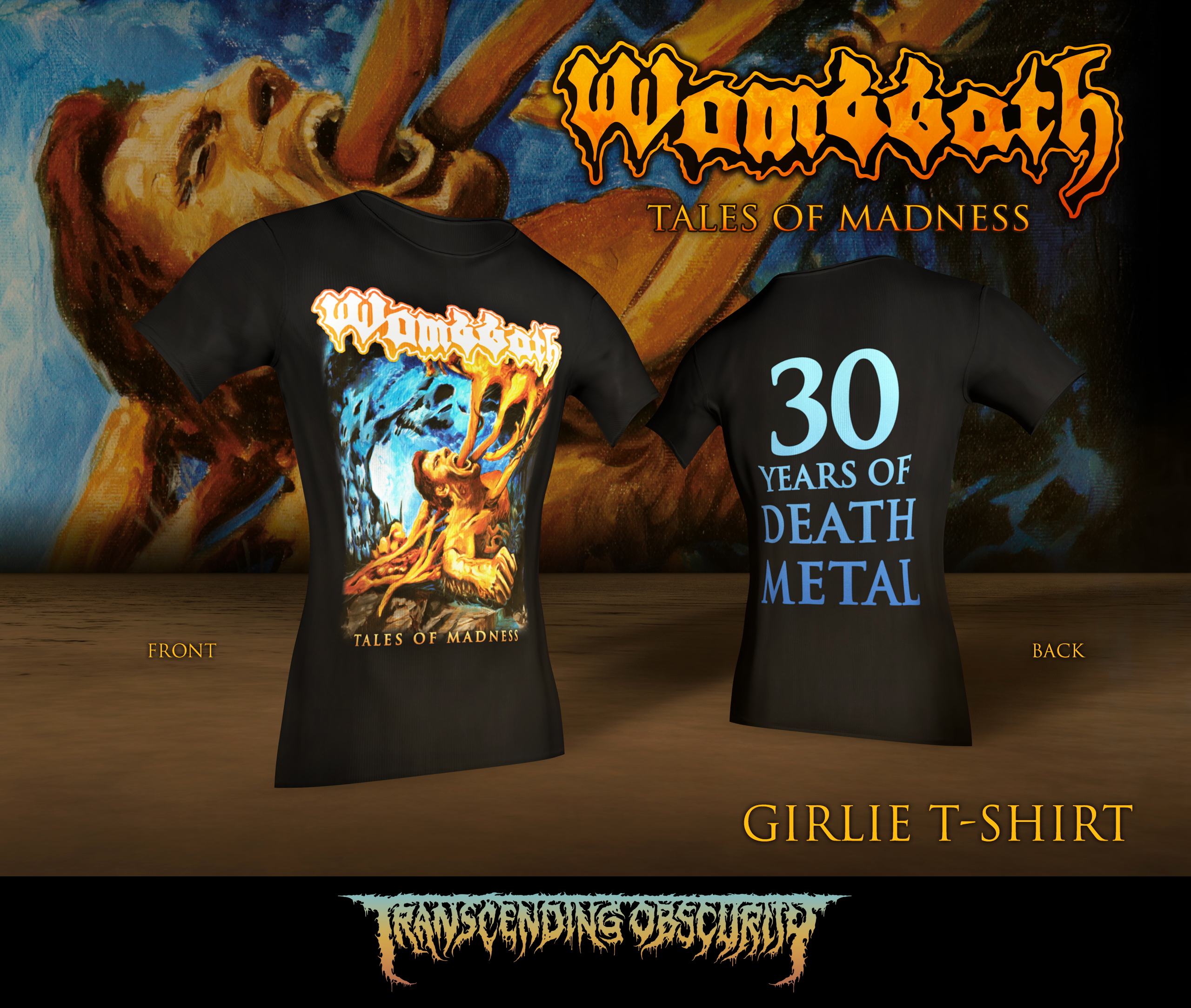