This is the zipped hoodie having a massive album artwork print on the back with a front logo print next to the metal zipper, and print on both the sleeves. Again, these are printed on 100% cotton hoodies which are very soft specially on the inside. Only a few of these will be printed. 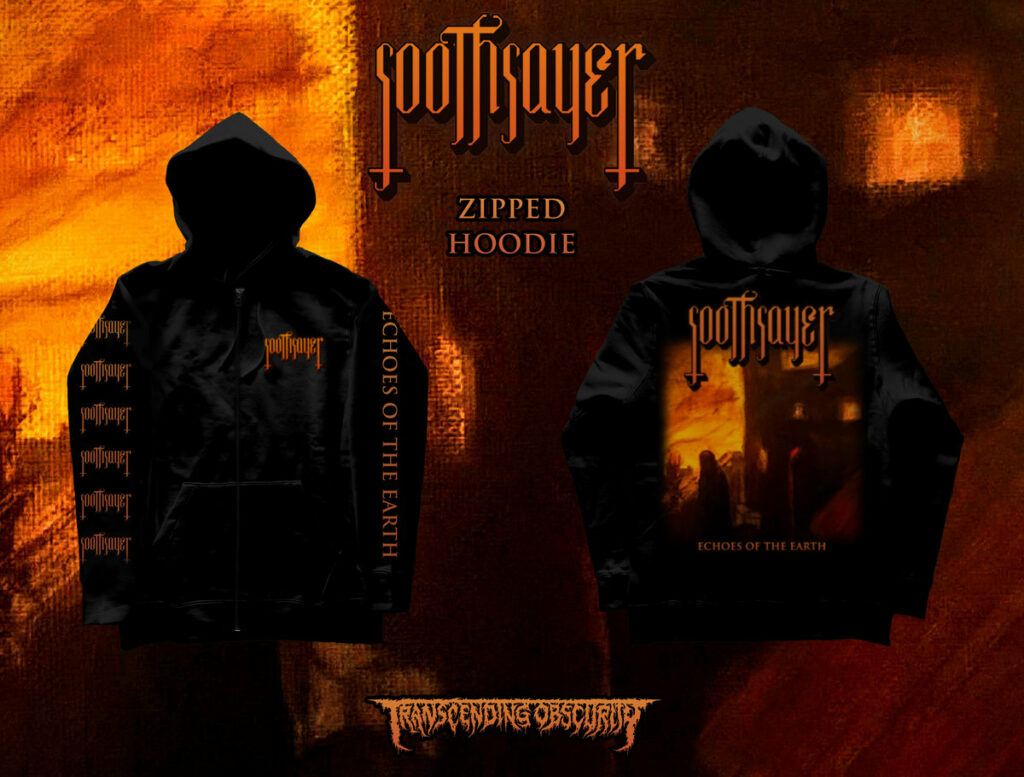