This here is an extremely comfortable pullover hoodie with a huge shaded Soothsayer logo on the front with the gorgeous album artwork print on the back, with prints on both the sleeves. This is 100% ultra soft cotton and fits snugly. 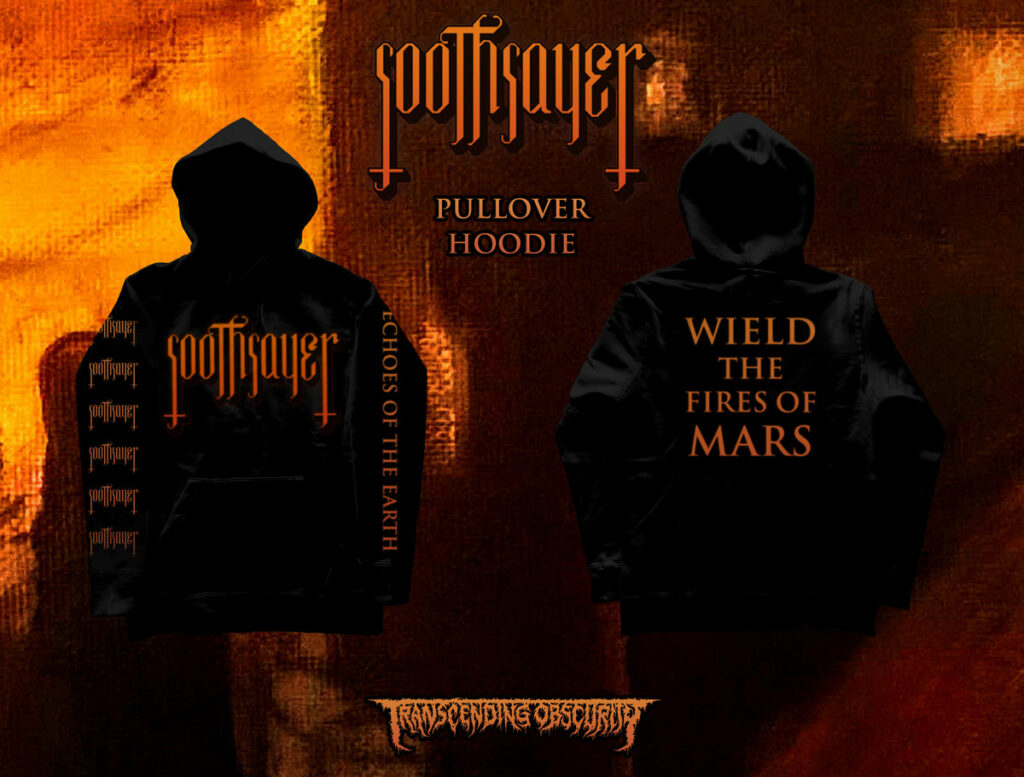