Here’s the beautiful brown-coloured coffin-shaped wooden box set for this release which has a large laser-engraved logo on the front. This item includes the following mostly exclusive items – 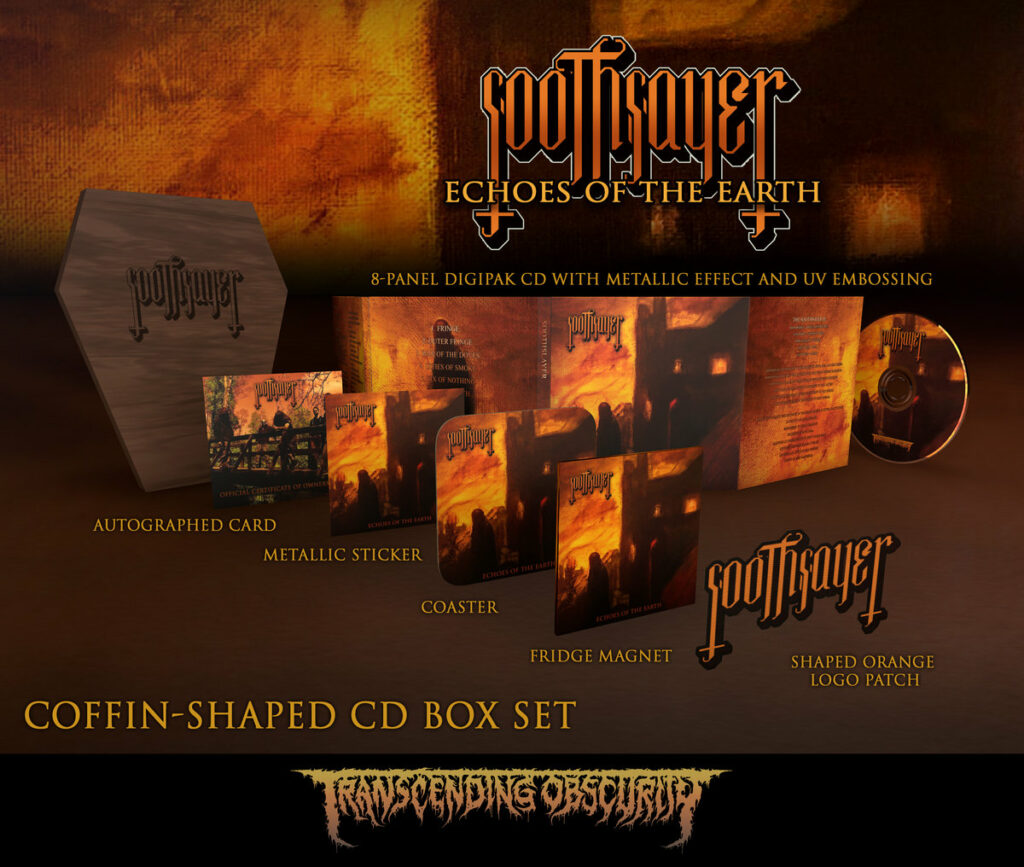 Irish doom/sludge band Soothsayer released a gem of an EP a few years back but nothing could’ve prepared us for this powerful, monolithic album which happens to be their debut full length. Somehow they have retained the emotionally-charged atmosphere while adding next level intensity to their music. It is now pulsating with raw, irrepressible energy which is almost bursting through the music, echoed by a truly harrowing performance by the vocalist. The sentiments of frustration, rage and despair come through because of the systematic and apathetic destruction of nature, and it has had enough and is now lashing back at all of us. This album captures this feeling perfectly using an organic sound, eschewing the use of paint brushes to create the artwork with fallen leaves, and most importantly, channeling the chaos surrounding us all into pure sonic catharsis in a manner that this genre can barely contain. This is one of the most emotive and turbulent albums in the realm of doom/sludge metal while being consistently plaintive, angry and evocative at the same time.