We’re stoked to offer high quality wooden box sets for Sepulchral Curse’s release as well. They’ll have the logo engraved in a large size and this one is sure going to stand out in your collection. Please bear in mind that they’re going to be strictly limited to 20 per variant and won’t be repressed. This box set version will include the following – 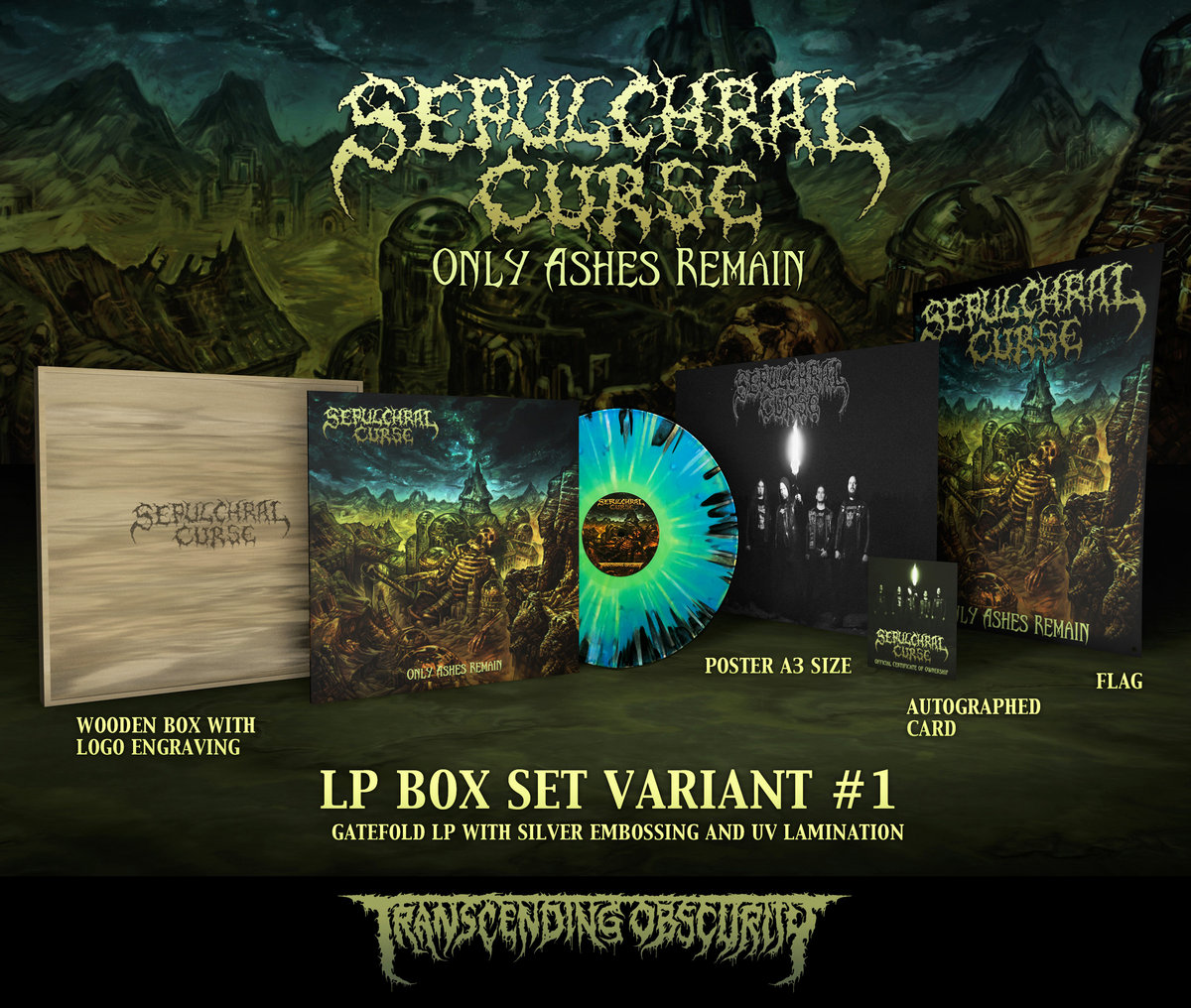 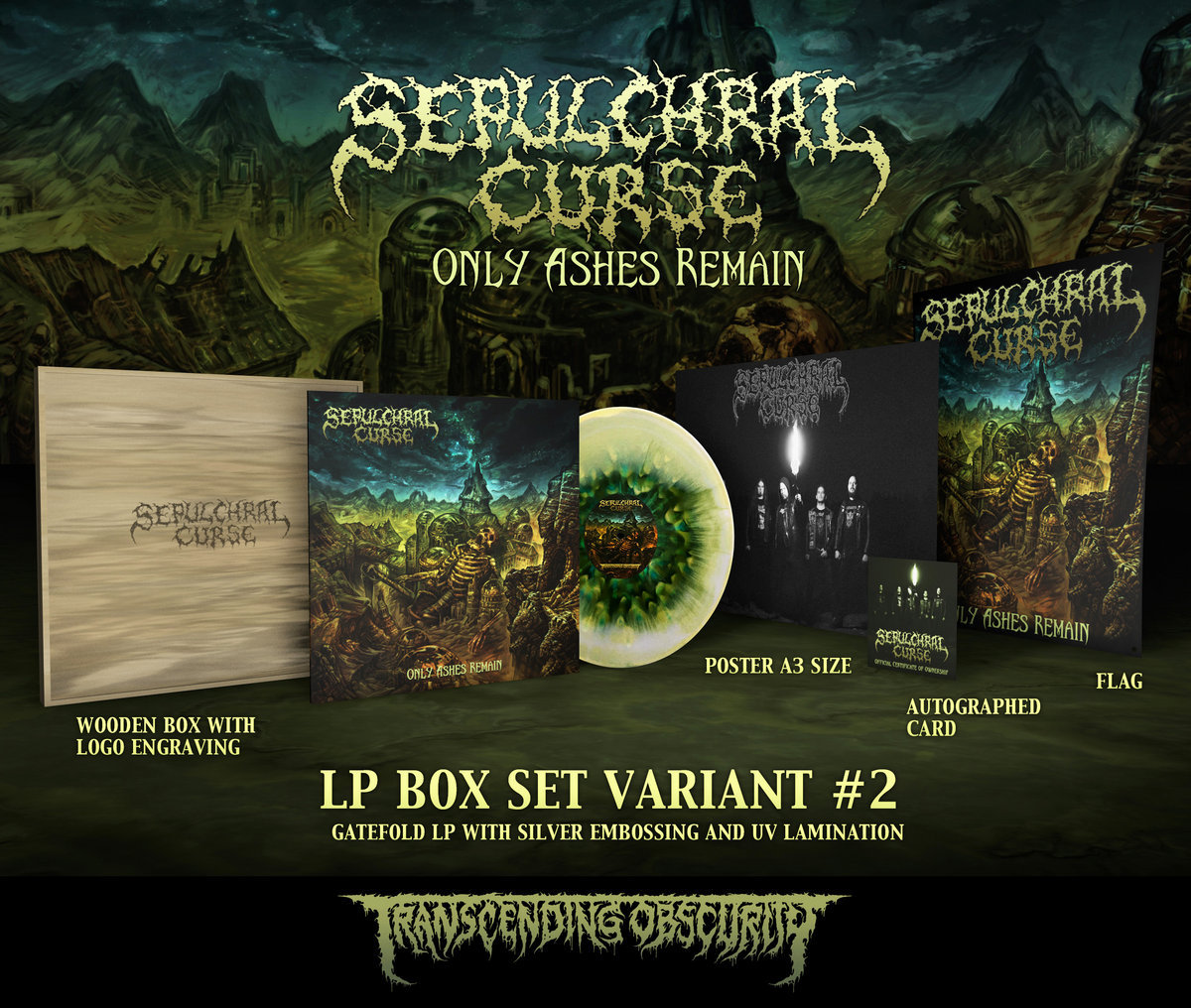 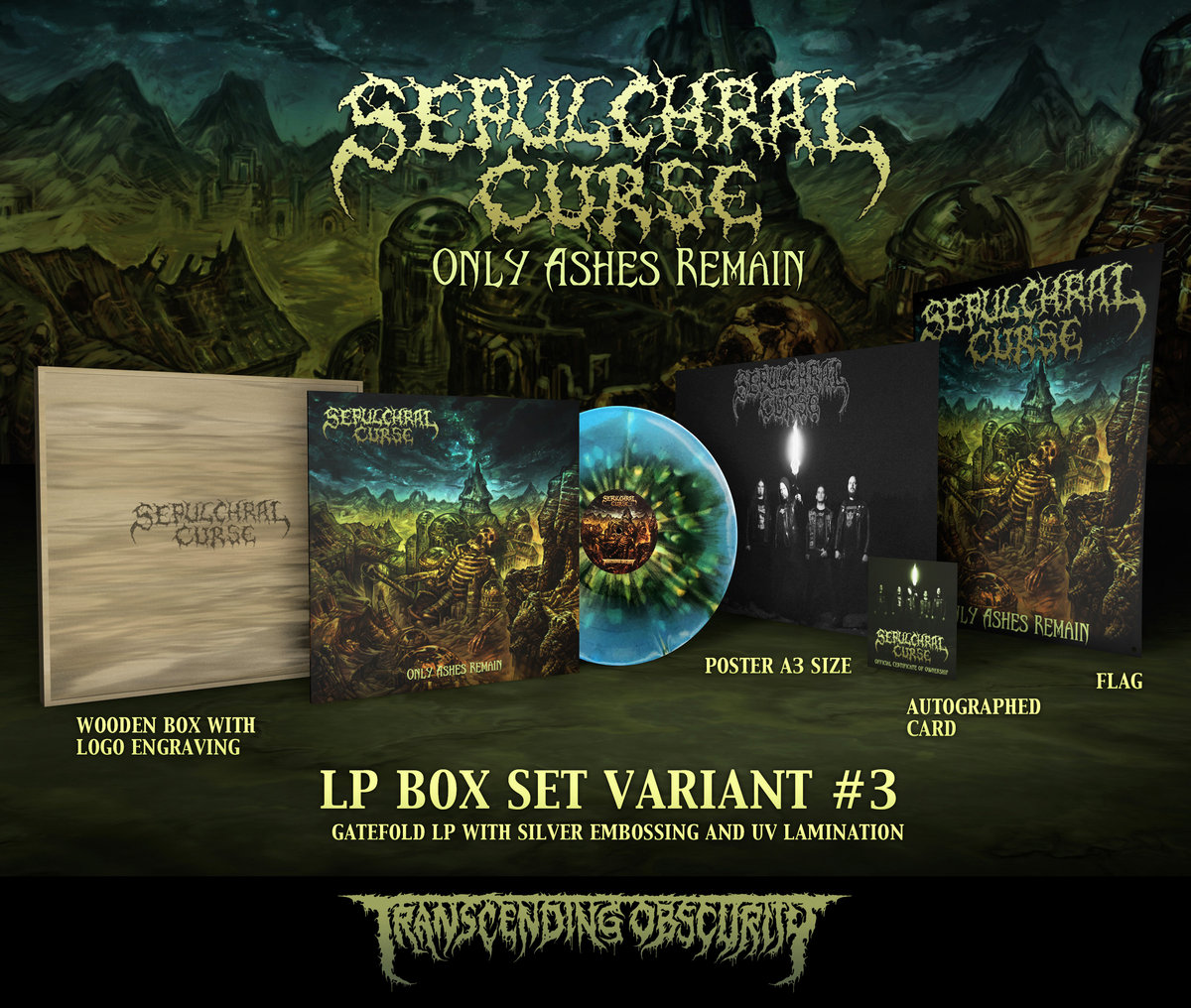