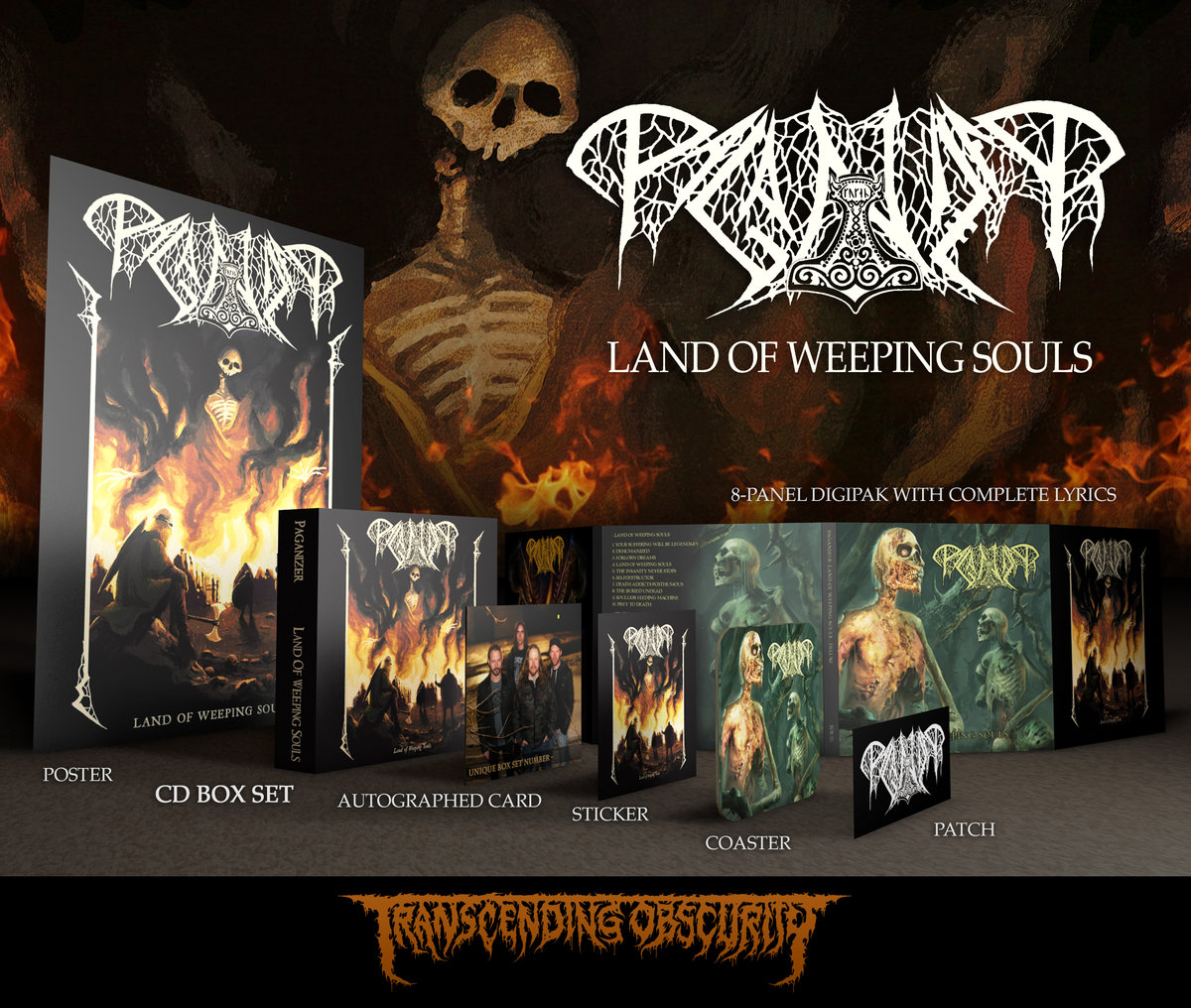 A year after the release of this landmark album, all copies of both the CD and the box set are completely sold out. To give the fans another chance to get this, we’ve issued new box sets that come with a gold printing on a brand new artwork made by Misanthropic Art. Moreover, you have an all-new digipak CD with the entire sold out ‘On The Outskirts Of Hades’ EP as bonus along with two never before released tracks. Each of these box sets come with the following items –

These are in stock and ship IMMEDIATELY.

Swedish heavyweights Paganizer release an album that defies logic. Having been around since nearly two decades, their music has only gotten faster and heavier. ‘Land of Weeping Souls’ is undeniably their fiercest and tightest yet. Fresh from the success of their recent EP on the same Indian label, this new album, their 10th full length, is a huge leap ahead. Each of the songs retain the classic Swedish riffing appeal and is enhanced by accelerated drumming, heaving hooks and even a rabid thrash metal influence. In the words of Rogga Johansson himself, “the new album is the best Paganizer album, death fucking metal the way it is supposed to be done”.

The 2018 deluxe version comes in a stunning 8-panel gloss digipak containing the outstanding ‘Land of Weeping Souls’ album plus the latest ‘On the Outskirts of Hades’ EP along with two never before released tracks, and a new artwork to boot.