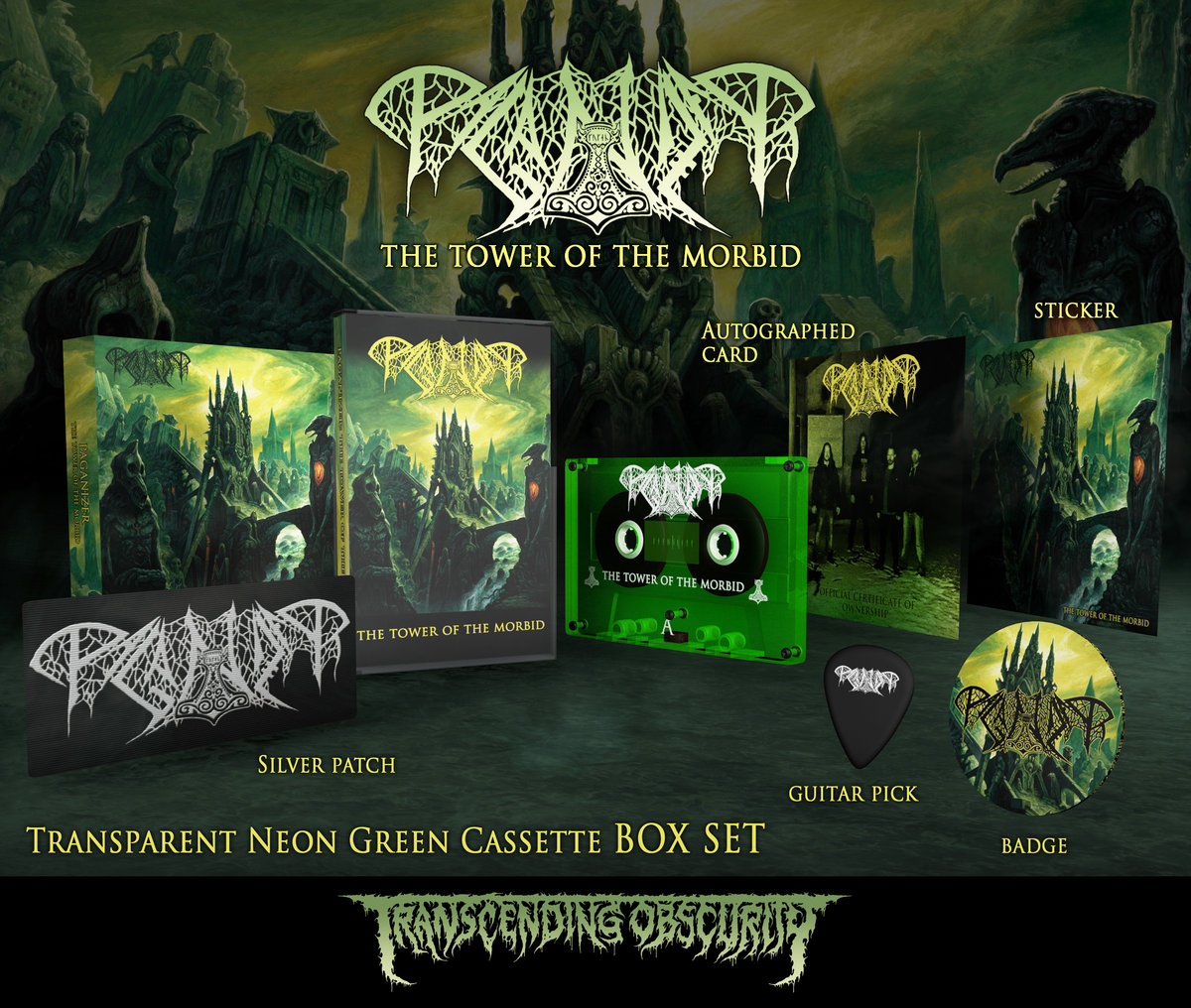 These are brilliant fully transparent neon green cassettes that come with three-panel double-sided J-cards with a metallic effect. The boxes for these are specially made and come with the following items –

Thanks to @satyriconia for the support! We’re do

Here’s an actual pic of the @sepulchralcursedm v