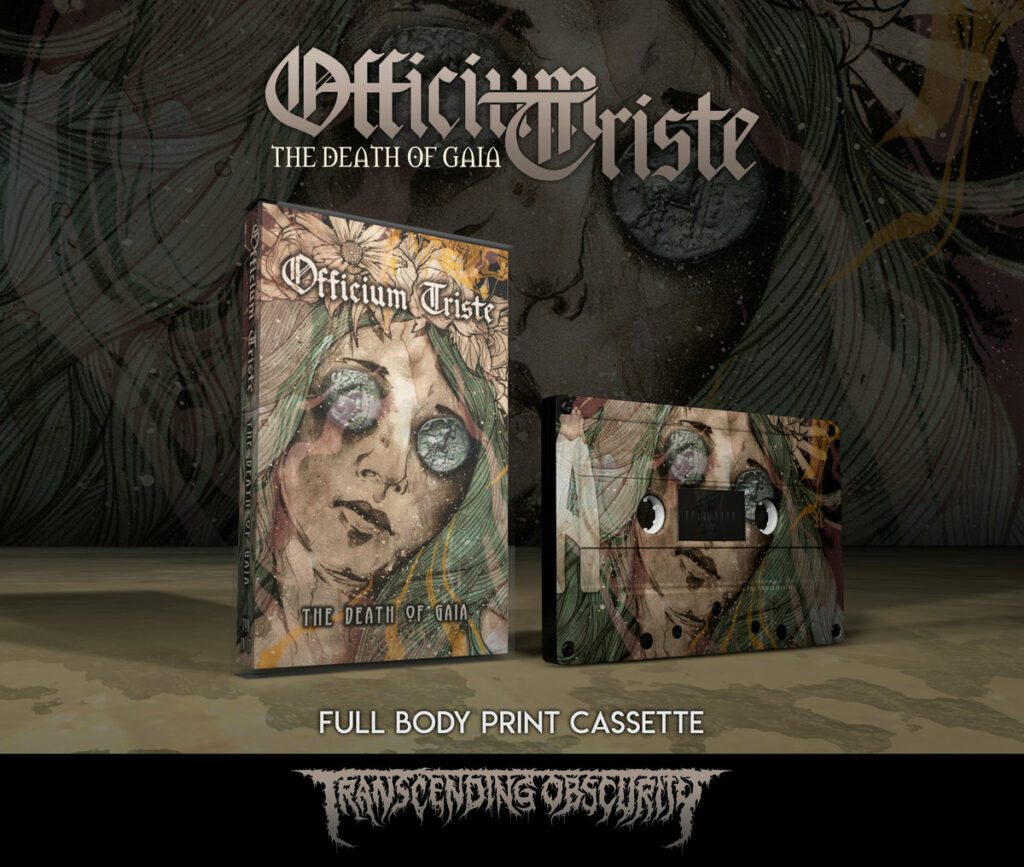 These are high quality cassettes with a full body print on both the sides and they come with a metallic effect J-card. Only 50 of them are available as a standalone item for this excellent release. Don’t wait too long! 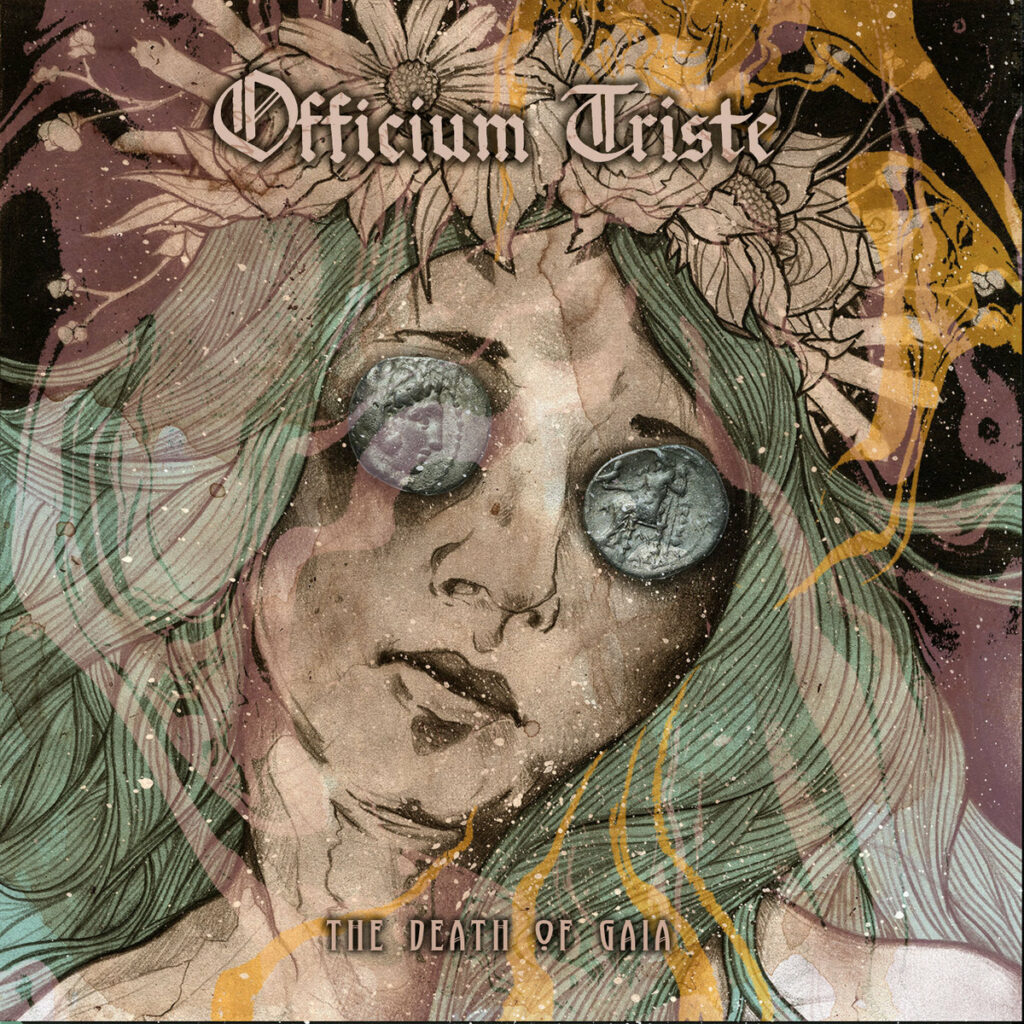 Dutch death/doom metal legends OFFICIUM TRISTE, who have been around for 25 years, are back with their sixth full length album titled ‘The Death of Gaia’. They’re only wiser with age, for the music is just as evocative as always if not more this time around, with better arrangements and variations spread across the album. Their music has this gentle yet overwhelming approach that will leave you in complete tatters by the time it’s done. It’s beautifully hinging on this balance they’ve perfected over decades between plaintive melodies and wretched heaviness. Additional instruments such as piano, violin and cello have been brought in and even several guest vocals to lend to this an epic air, further entrenching their mastery over this form of poignant music. For this album they’ve employed the services of Chris Smith (Grey Aria Design Studio) for the vibrant artwork and of Greg Chandler (ESOTERIC) where mastering is concerned, ensuring that everything is done just the way it was meant to be. ‘The Death of Gaia’ is the pinnacle of the band’s illustrious career and sets new standards even now for others to look up to.
released December 13, 2019

Mixed by Hans Pieters and Officium Triste at the People’s Noise, the Netherlands.
Mastered by Greg Chandler at Priory Recording Studio, UK.