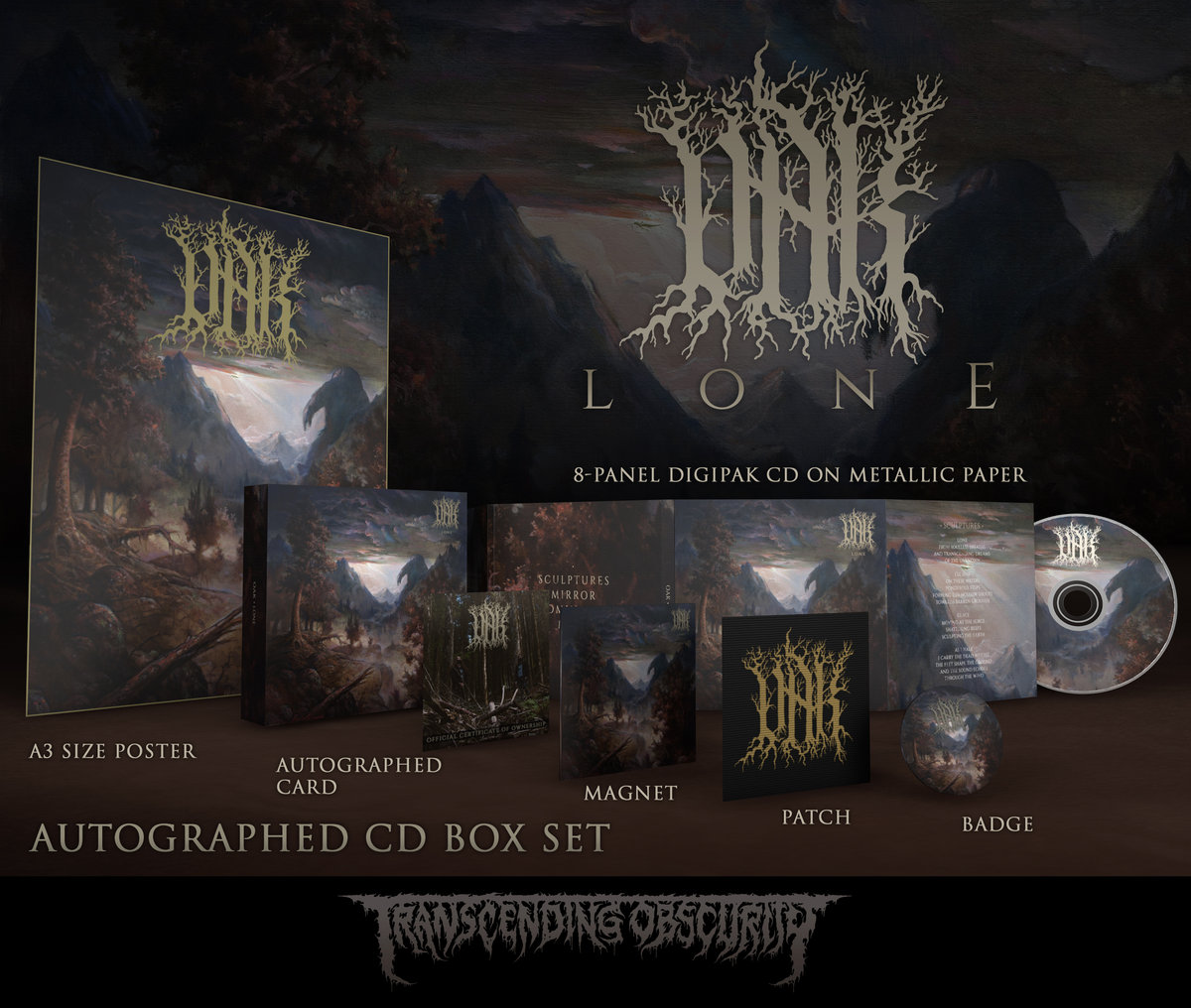 The OAK limited edition box set has gold embossing on the logos and text and comes in an even better box that’s sturdy and also large. Each one of them is packed with the following items –

The debut full length of OAK comes in our standard 8-panel digipak packaging with continuous artwork and with a metallic effect to boot. These ship out very early in October itself!
[bandcamp video=3715607165 width=560 height=435 bgcol=333333 linkcol=0f91ff]