The cassette box set comes in a different box than the CD box set and a different design too. It is limited to just 30 nos. and won’t be reprinted. It comes loaded with the following items – 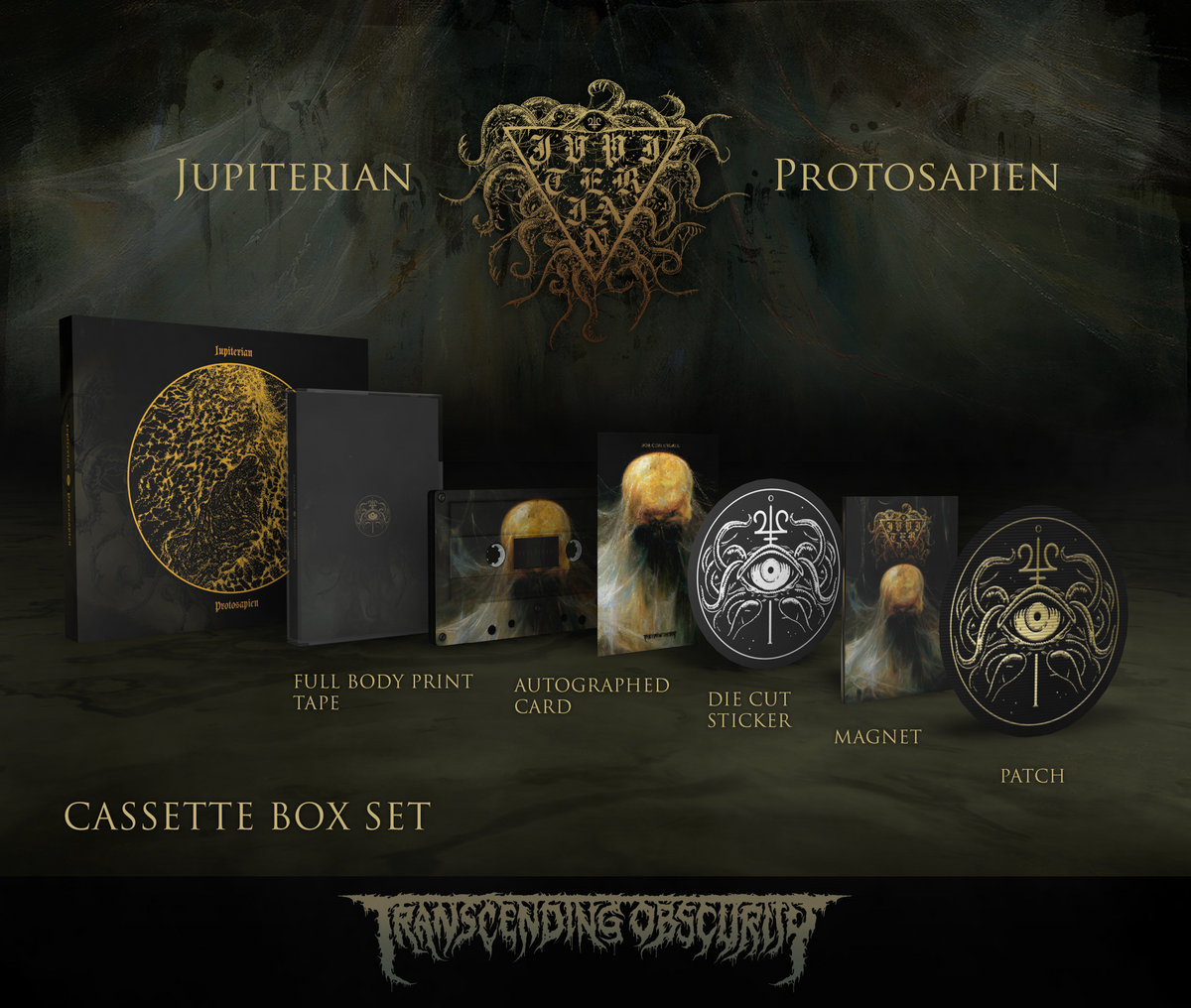 Jupiterian are back after releasing their groundbreaking album Terraforming which was akin to the sound of tectonic plates shifting. In the aftermath of that event, a new revelation has been unearthed – their magnum opus ‘Protosapien’. It slices through the ominous atmospheric murk of the band’s previous effort and in an almost primitive yet strangely evolved manner, goes for the jugular. Jupiterian rise as a mythical creature, imbibing everything that transpired and distilling it all to create something highly potent, dense and sonically immeasurable. This is the sound of titans. Jupiterian have created a form of harrowing, otherworldly sludge/doom metal that lumbers on erratically, carving their own path, trampling on anything that dares stand in their way. There is little left to do other than cower in fear. Bow down before your new overlords.