This zipped hoodie comes with a massive main print, a unique saw-shaped logo print on the front pocket and of course specially designed prints for both the sleeves. Nothing is out of place and it all falls beautifully under the same concept created by Turkka G. Rantanen based on the music of this grind/crust/death metal band. It’s one of a kind and highly limited so don’t miss out! 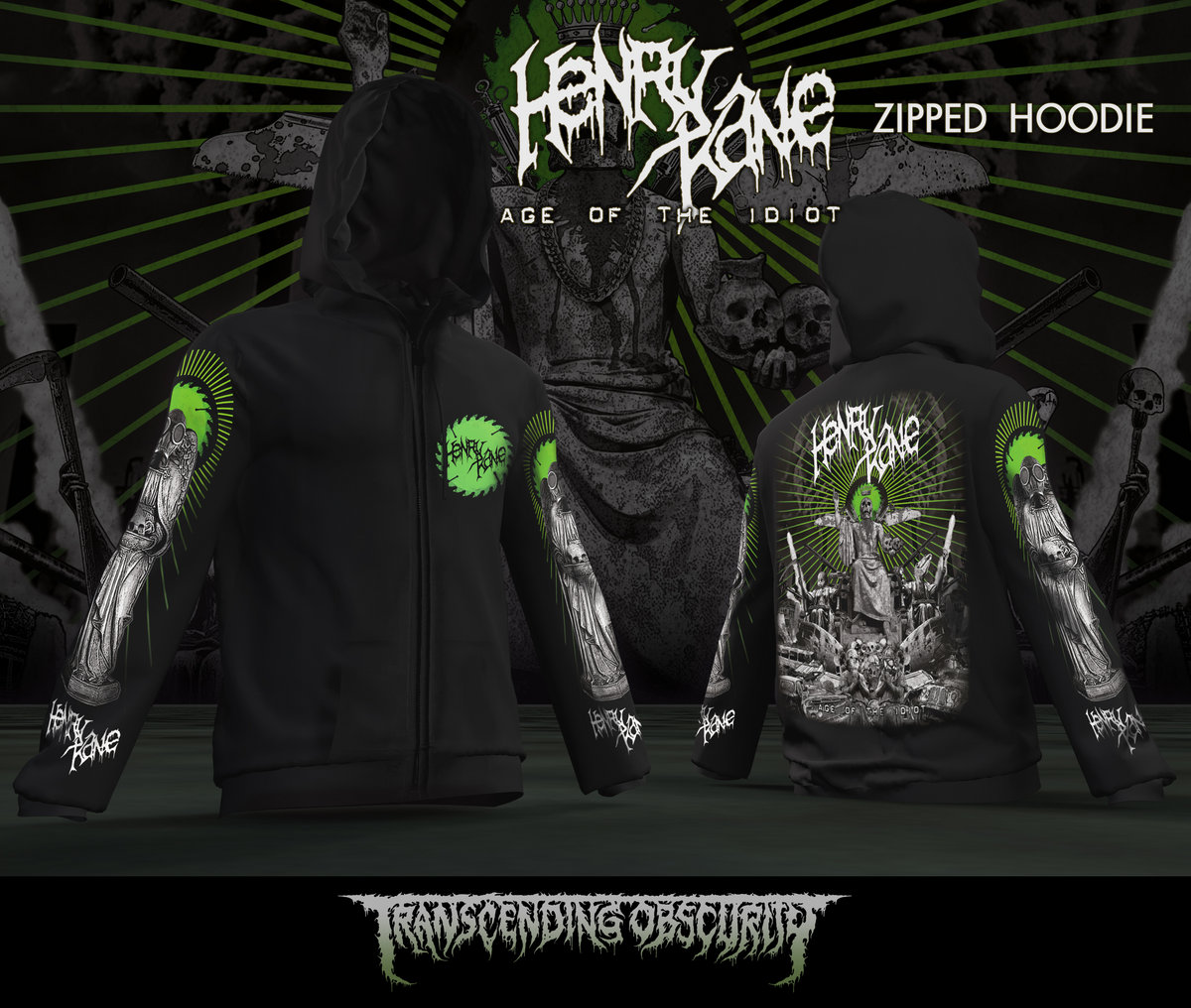