Heads For The Dead – Into The Red Coffin-Shaped Wooden CD Box Set (Limited to 100 nos.)

Here’s the jaw-dropping coffin-shaped solid wooden box with laser engraving of the Heads For The Dead band logo which has been created by Mark Riddick. The box is made of high quality pine wood and is suitably large to accommodate the beautiful digipak CD and all the exclusive contents that come with this edition. It’s definitely going to stand out in your collection. This is what you get here – 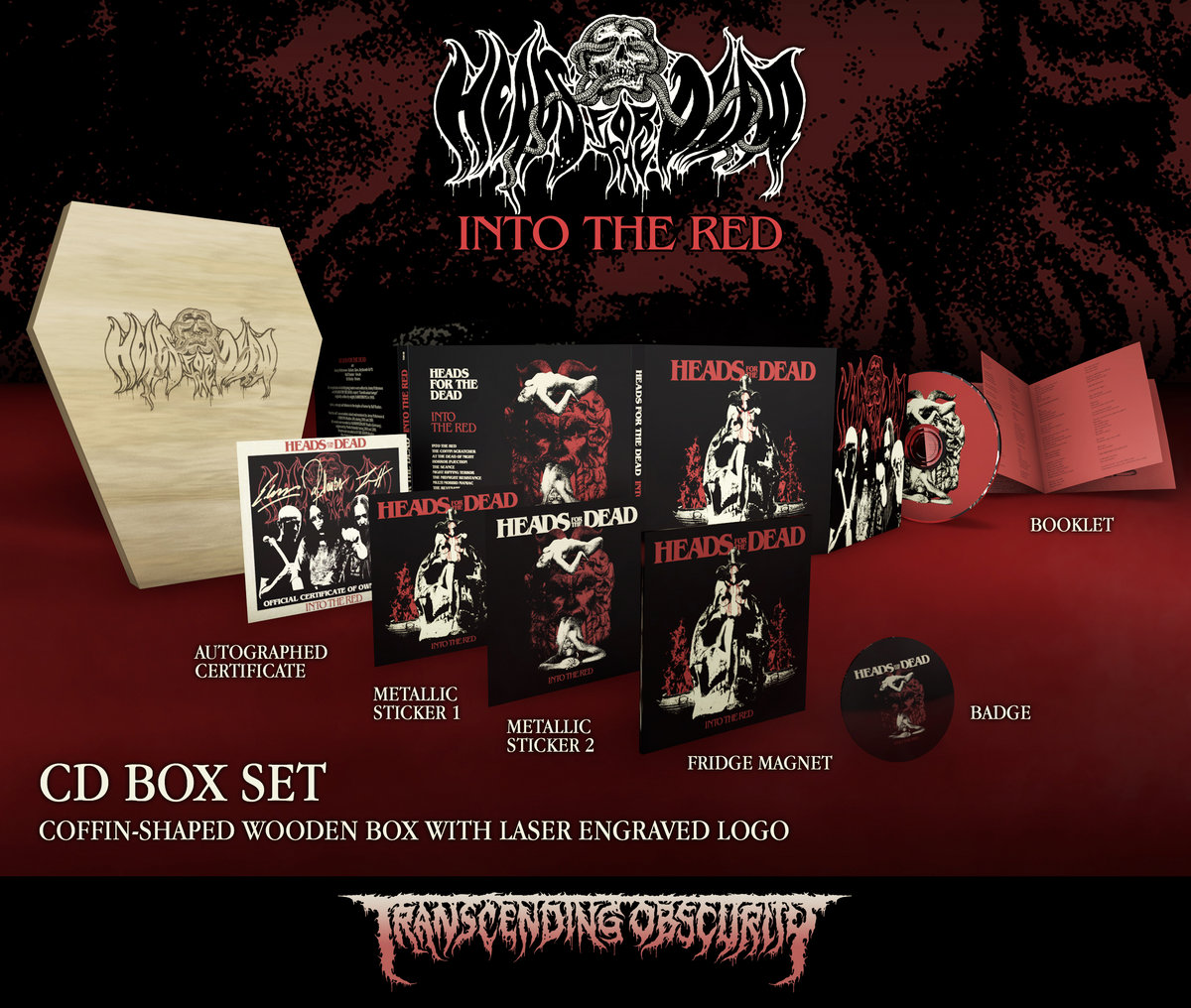 Be the first to review “Heads For The Dead – Into The Red Coffin-Shaped Wooden CD Box Set (Limited to 100 nos.)” Cancel reply