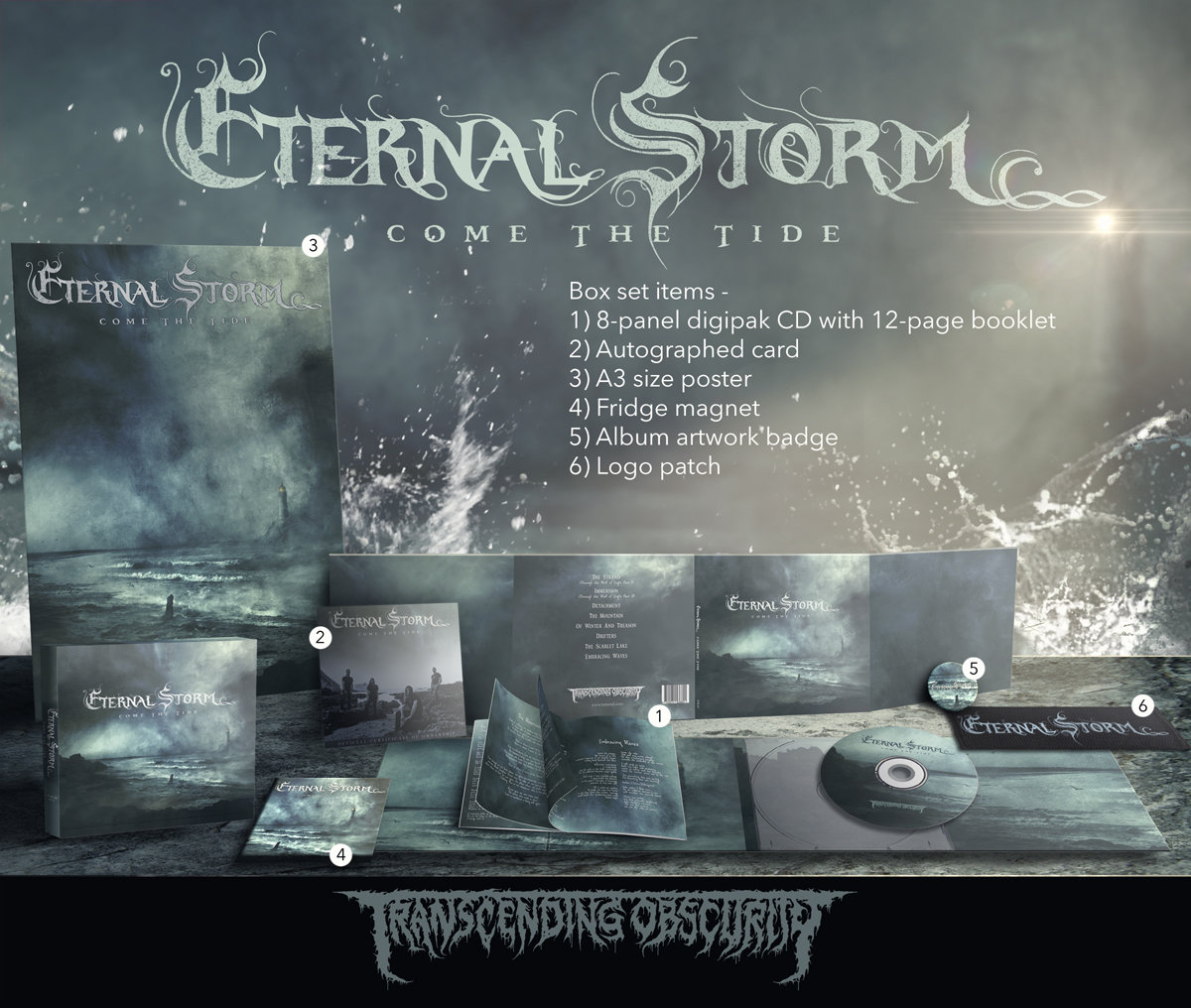 Here’s the limited edition ETERNAL STORM CD box set that has a bunch of exclusive items and has a beautiful silver embossing on the logos on the front and back. Each of these box sets have the following items –

This is a special pre-order price which will go up once the album has been released worldwide.