For the first time ever, we are putting out band long sleeve T-shirts in two design variants for a release! This is the long sleeve T-shirt version of the excellent design by Alex Tartsus for this band. It has full length print on both the sleeves, a massive design featured on the front and the album name on the back. It couldn’t get any better than this for our first long sleeve print in two variants! This variant has the demonic monster and priest part of the artwork as the big front print. 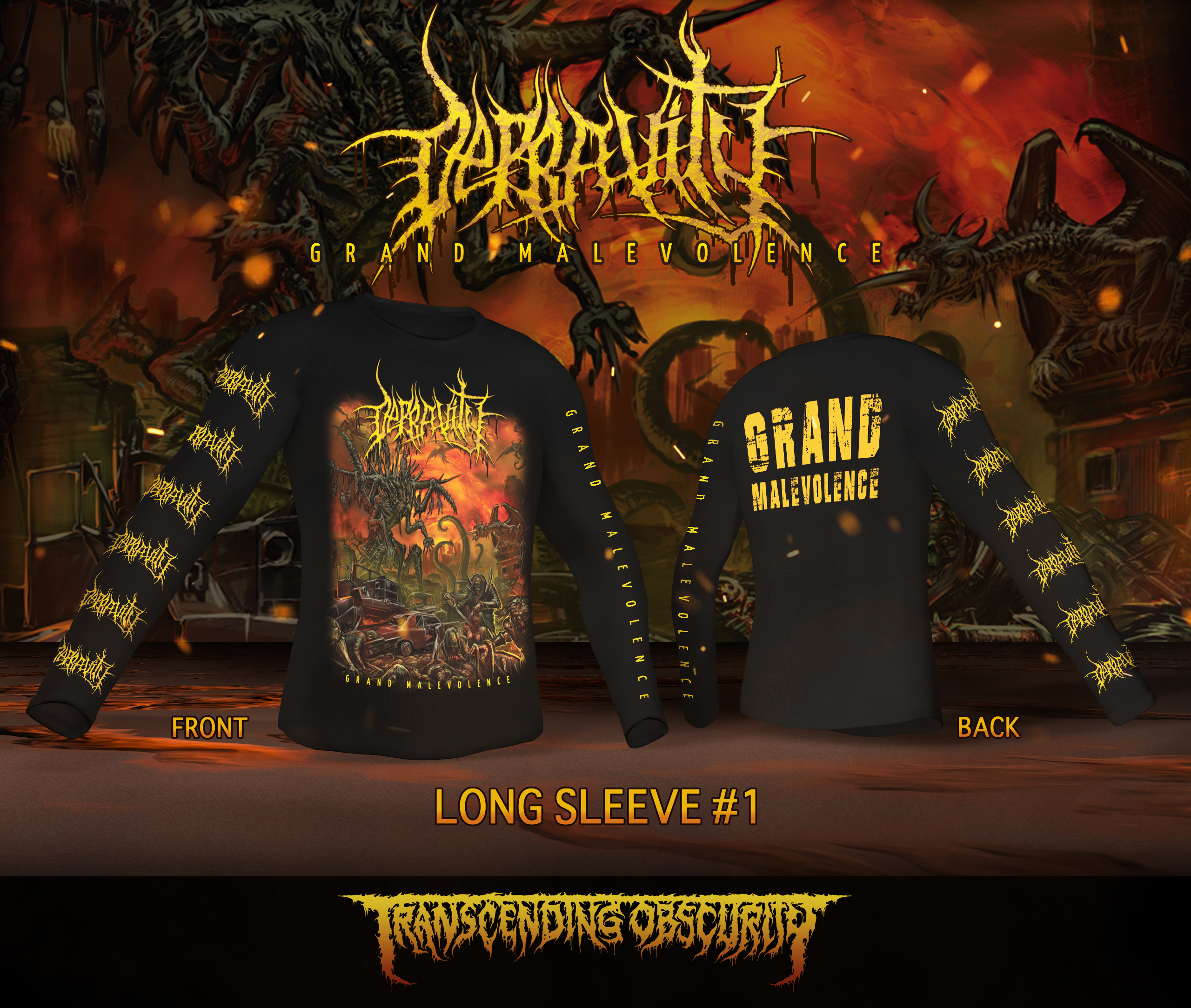