This is a box set combo where you get the limited autographed box sets of both bands at a discounted price. DEATH COURIER are a Greek death metal sensation and have put out the best album of their career. Their CD box set has metallic green embossing and the following items to go with it –

Check out their music here – deathcouriergreece.bandcamp.com 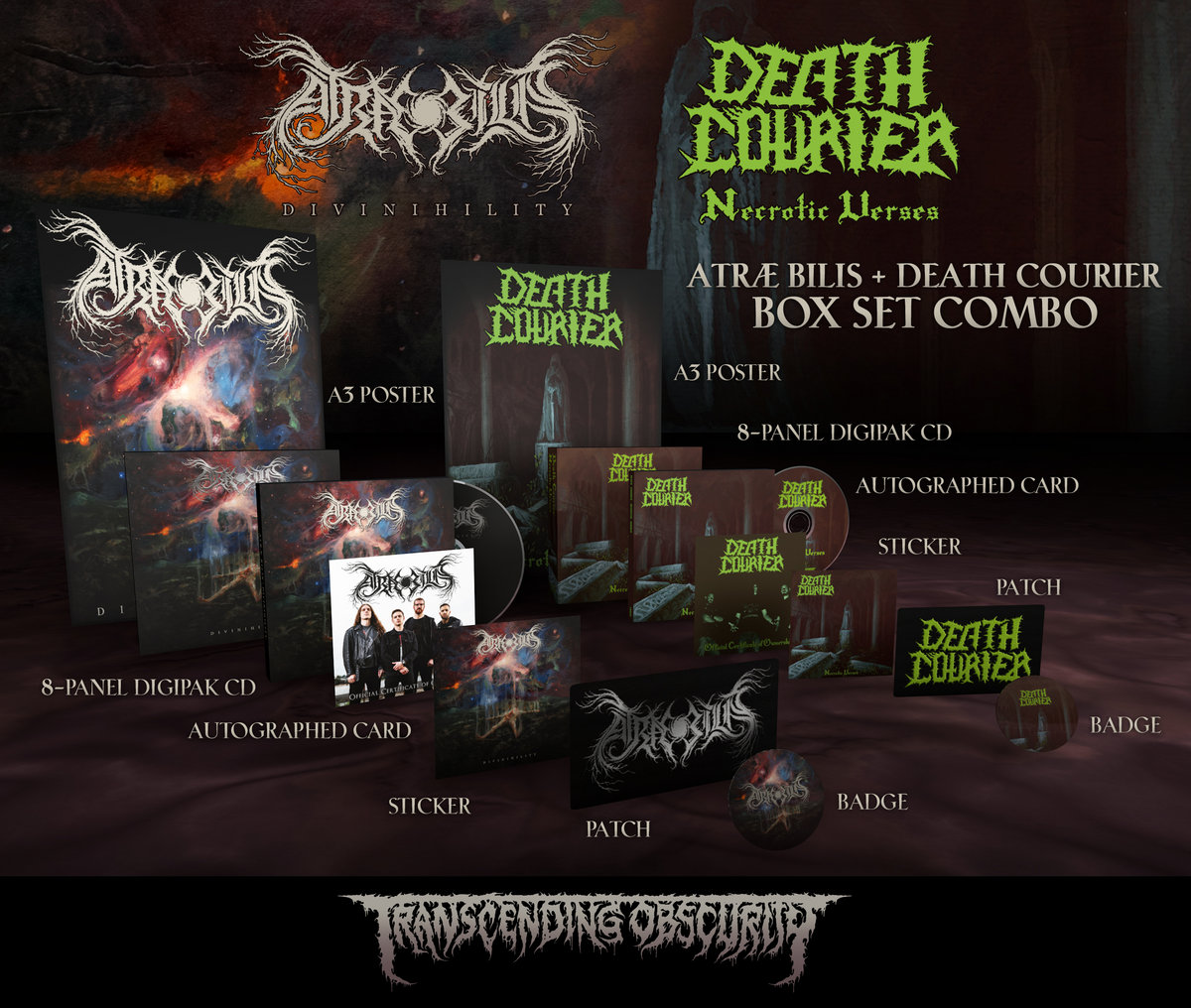