View cart “THE WHOREHOUSE MASSACE (Canada) – Altar of the Goat Skull/VI CD” has been added to your cart.

These are high quality hoodies that come with a metal zipper. There’s a full colour print on the back and also prints on both the sleeves, with an elegant logo adorning the front. The artwork is by none other than Adam Burke and the design looks spectacular. 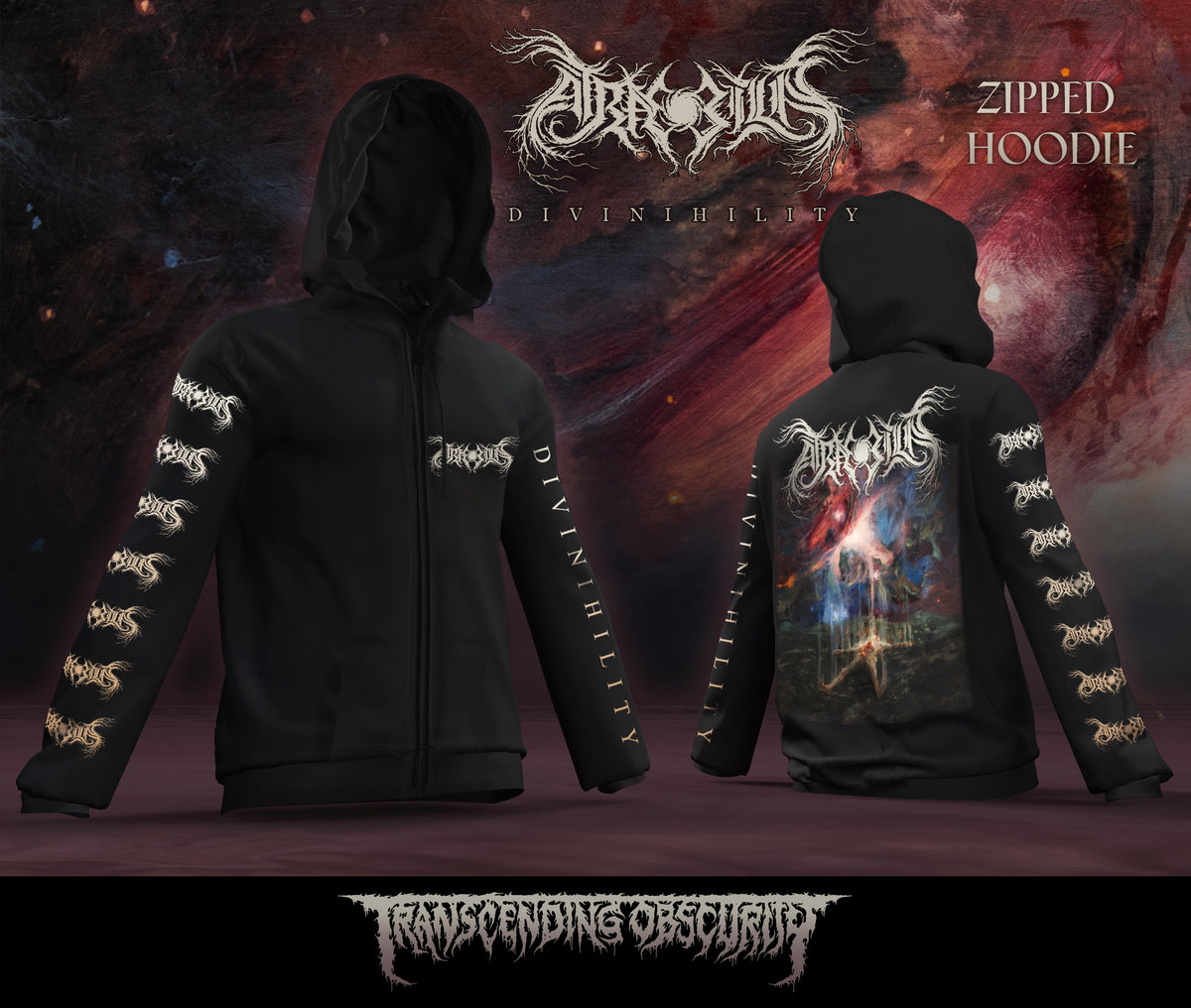