View cart “SOOTHSAYER (Ireland) – At This Great Depth Digipak CD” has been added to your cart.

The fantastic Adam Burke artwork is printed on high quality soft and thick cotton long sleeve T-shirts having prints on both the sleeves. These are limited and you don’t want to miss out on them! 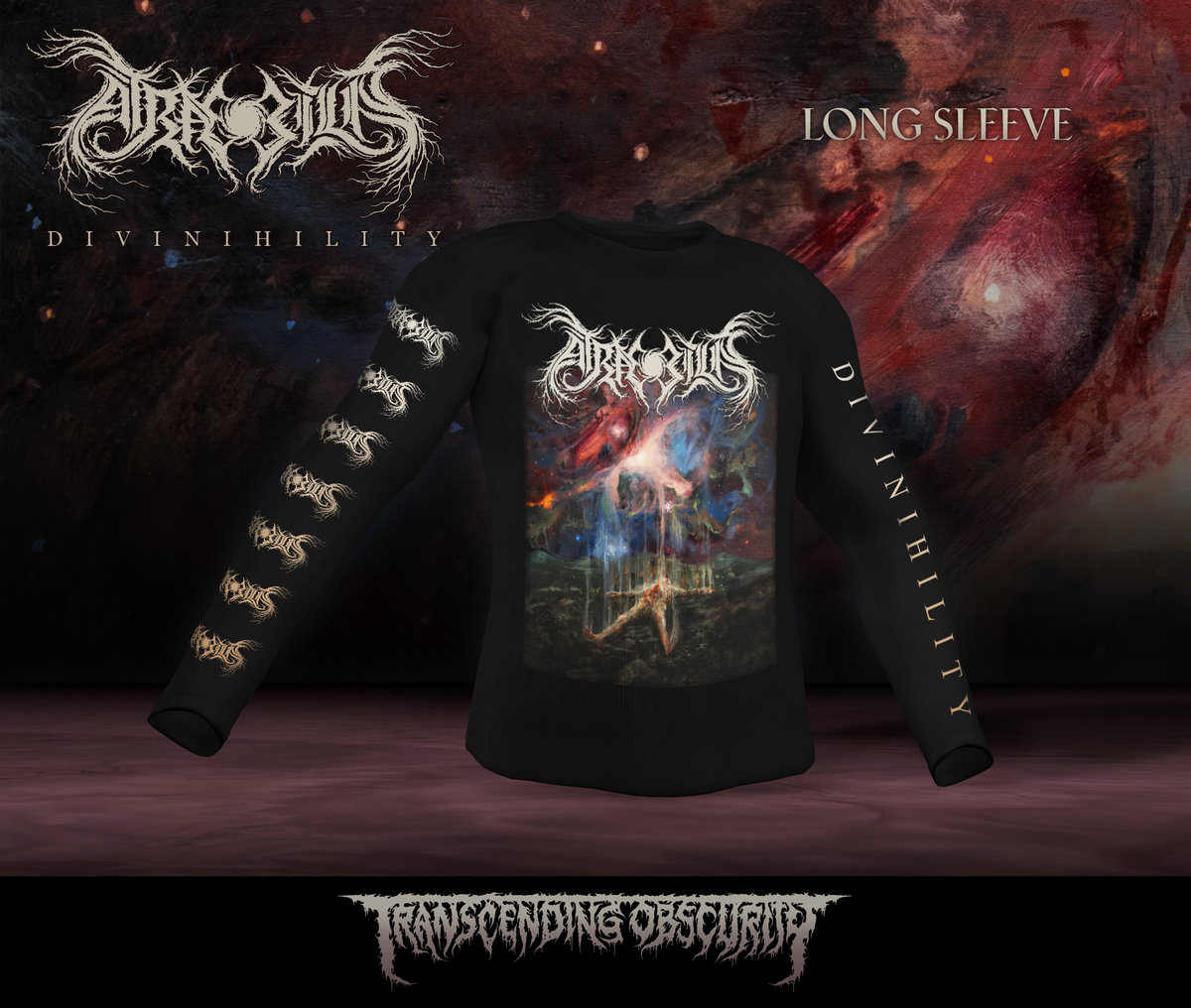 ATRÆ BILIS from Canada are ingesting the best elements of all the styles of death metal and spewing forth an amalgam that turns the genre inside out. There is no template for their kind of music. It’s wildly unpredictable but remains coherent and catchy despite it all. It has traces of technical death, brutal death, dark death and even dissonant death, with a tinge of melody and atmosphere to top things off. This is an intense shapeshifter of an album that remains engrossing from start to finish, without losing the core sound and aesthetics. The album feels like an exercise in what’s great about the genre without adhering to a particular style for too long and thereby sidestepping its trappings too. ‘Divinihility’ will mark a new chapter in engaging, furious, forward-thinking death metal that sets the tone for other similar-minded bands on the label such as DEPRAVITY, CUTTERRED FLESH, REPLICANT and more.
[bandcamp width=100% height=120 album=900656776 size=large bgcol=333333 linkcol=0f91ff tracklist=false artwork=small]