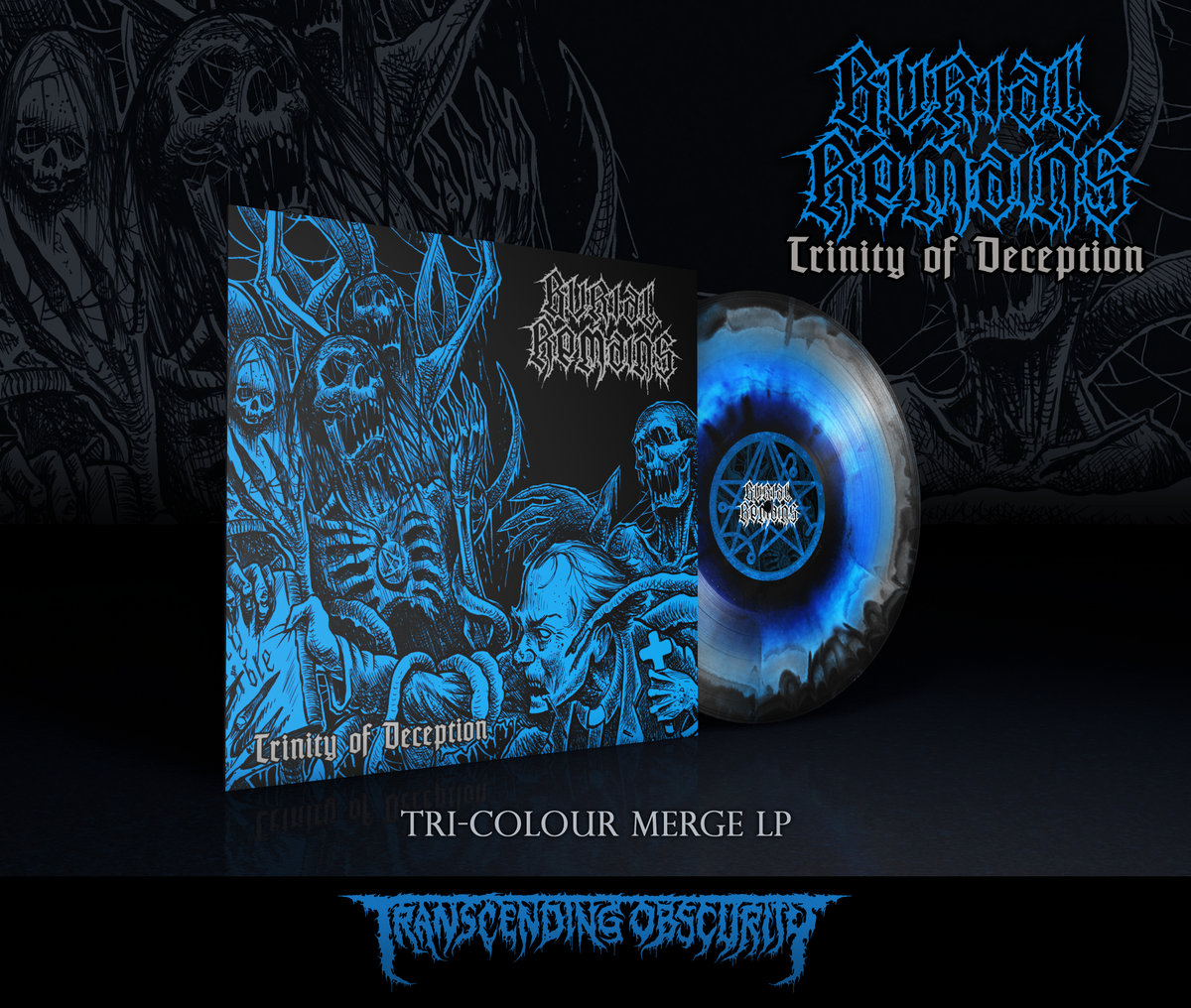 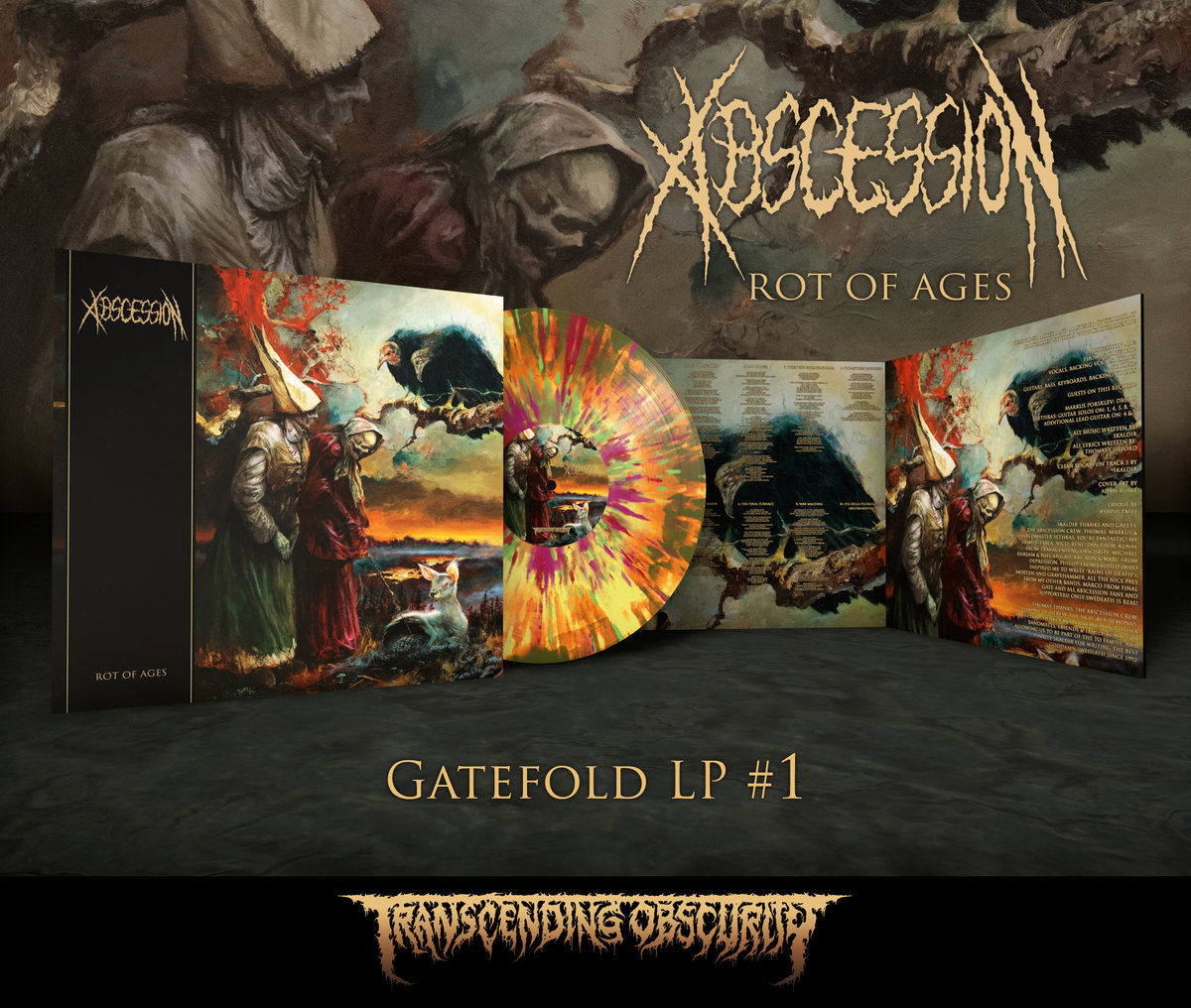 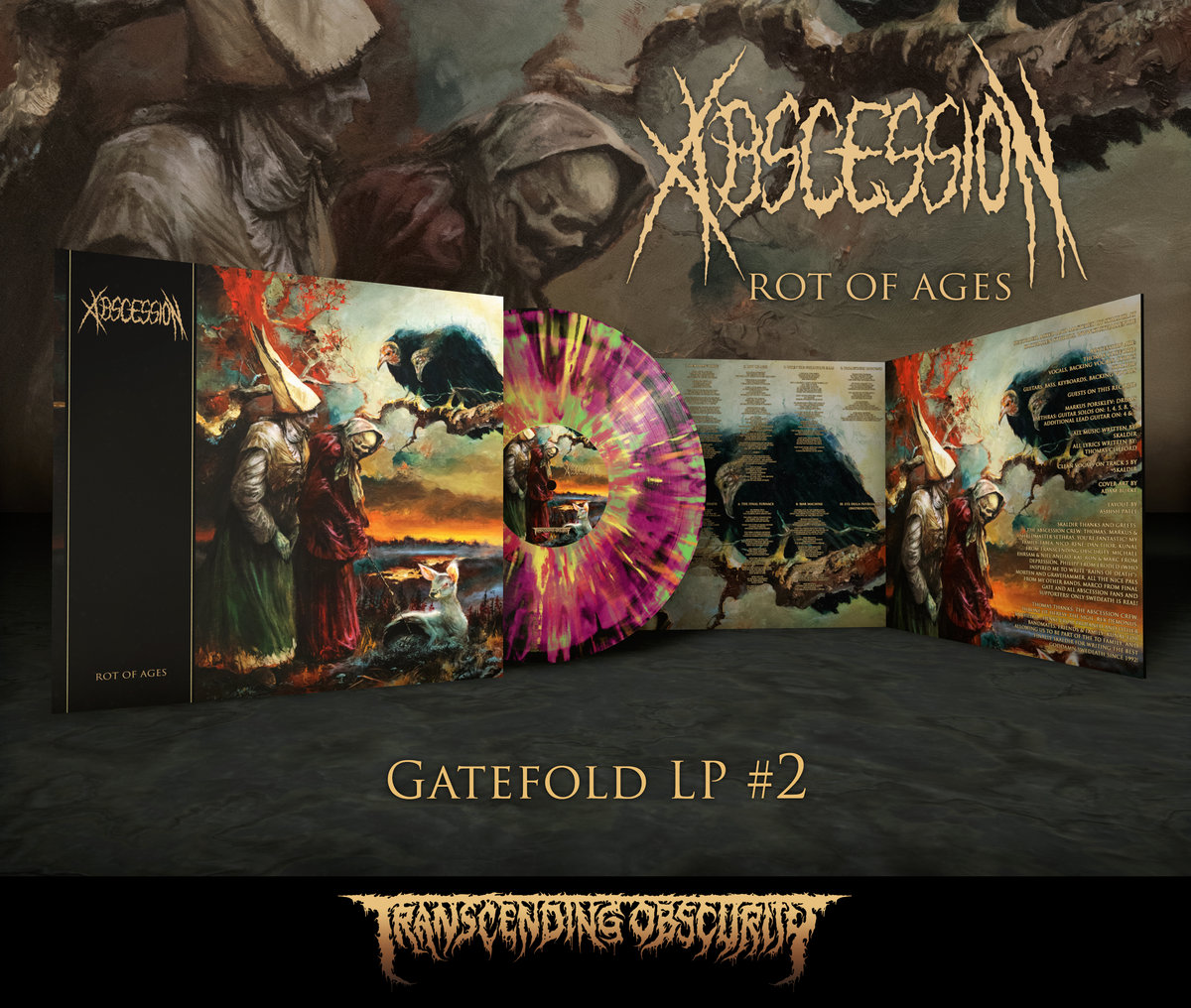 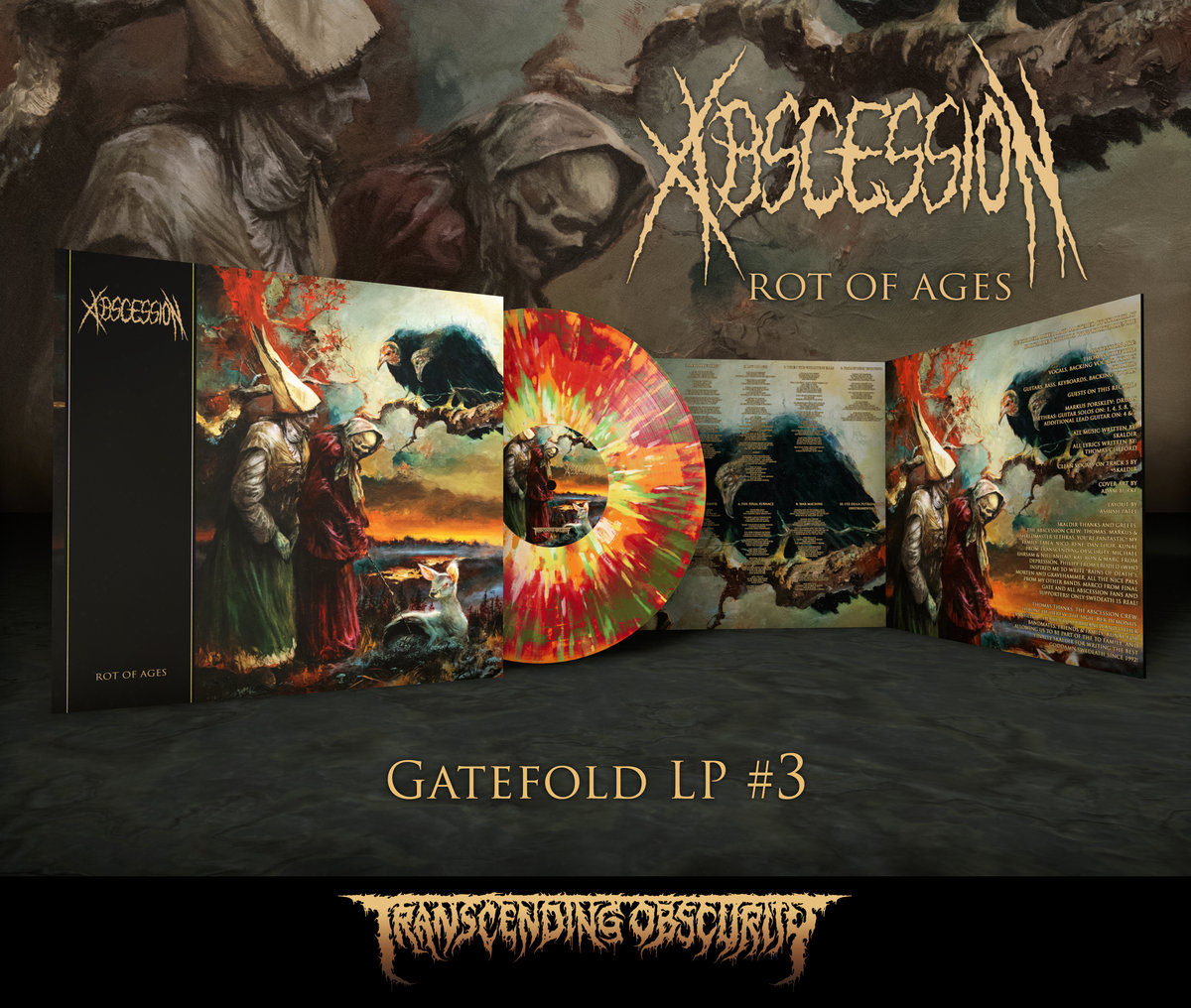 Atavistic HM-2 driven Swedish style death metal is given a sense of refined German death metal structuring and tempered with shimmering melodies, making ABSCESSION’s new album ‘Rot of Ages’ the epitome of immaculately balanced old school death metal music. The music maintains a brisk and punchy crust/punk derived tempo throughout, deftly punctuating it with melodic passages and heart-stopping breakdowns, to make it an immensely engrossing and overall gratifying affair. The interplay between the faster, crunchier sections and the brilliant, emotive melodic streaks is exceptional, and also adds more depth to an otherwise raunchy and abrasive death metal album. Each song has its own identity, marked by highly memorable riffs that are diverse but retain character and sound. Even with a plethora of Swedish death metal sounding releases out there, ‘Rot of Ages’ manages to hold its own if only because of the strength of its songwriting and encapsulating the best this style of death metal music has to offer, while still sounding fresh and spirited. At once pulverizing and evocative, ABSCESSION have released one of the finest death metal albums in the style this year.For fans of – BLOODBATH, LIK, EDGE OF SANITY, DESULTORY, ROGGA JOHANSSON, EYE OF PURGATORY, WOMBBATH, DISMEMBER, CARNAGE