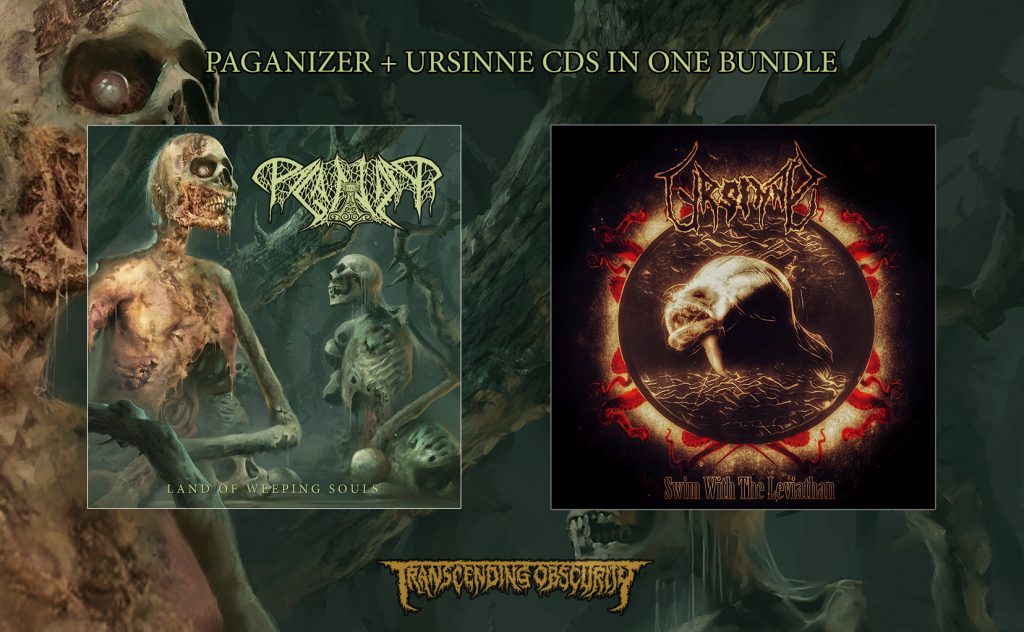 These are probably the best death metal releases on the label in this period. Here’s a special bundle for the fans who’re looking to get both titles at a better price.

Swedish heavyweights PAGANIZER release an album that defies logic. Having been around since nearly two decades, their music has only gotten faster and heavier. ‘Land of Weeping Souls’ is undeniably their fiercest and tightest yet. Fresh from the success of their recent EP on the same Indian label, this new album, their 10th full length, is a huge leap ahead. Each of the songs retain the classic Swedish riffing appeal and is enhanced by accelerated drumming, heaving hooks and even a rabid thrash metal influence. In the words of Rogga Johansson himself, “the new album is the best PAGANIZER album, death fucking metal the way it is supposed to be done”.

It doesn’t get bigger than this. Two death metal legends, who’ve been around for over 20 years actively in the scene, come together to record a jaw-dropping debut under the moniker of URSINNE. Dave Ingram who has been a part of BOLT THROWER, BENEDICTION, HAIL OF BULLETS and more recently ECHELON joins forces with Jonny Pettersson who has been equally active with his death metal bands WOMBBATH, JUST BEFORE DAWN, ASHCLOUD and of late the critically-acclaimed HENRY KANE. Together they churn out the heaviest kind of death metal that is rife with classic appeal and flavour. ‘Swim With The Leviathan’ is a lesson in death metal glory that encapsulates everything that makes the genre timeless.