View cart “TOWARDS ATLANTIS LIGHTS (International) – Dust of Aeons Digipak CD with 16-page booklet” has been added to your cart.

The Furor (Australia) – Cavalries of the Occult CD 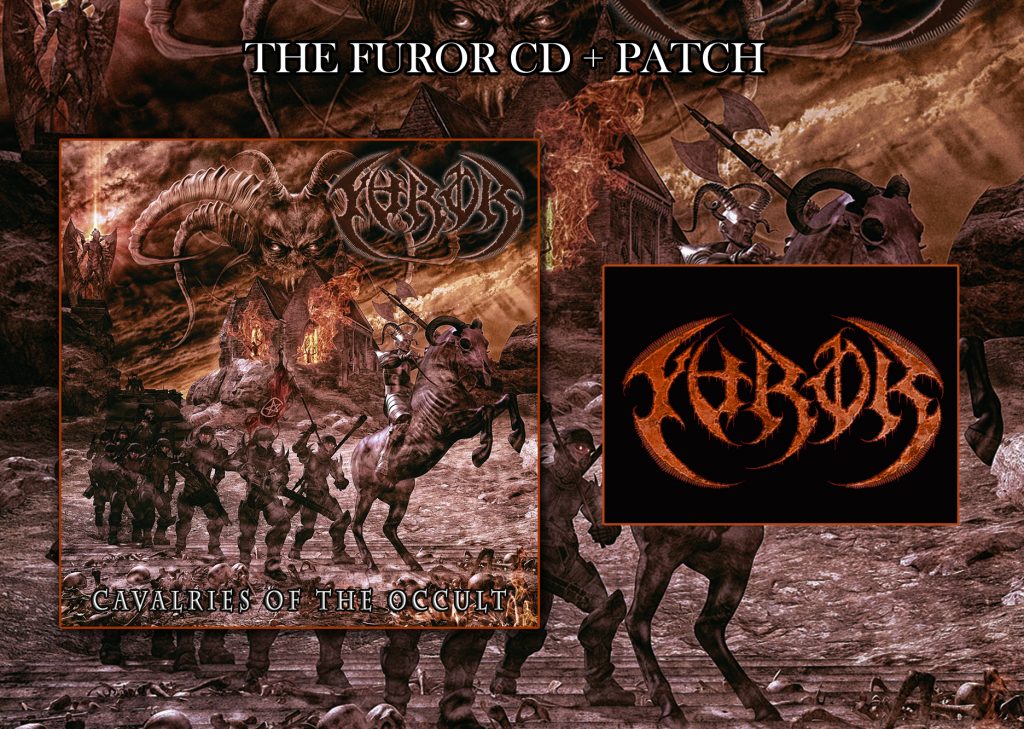 The Furor from Australia prepare an explosive concoction of death, black and thrash metal and the result is scathing to say the least. Drumming phenomenon Dizazter is a part of Singaporean legends IMPIETY and not only does that have an influence over here, he’s taking it to a different extreme. Mind-boggling drumming aside, his skills with guitars too are no less impressive and he has laid down all the songs for this album. Aided by Hellhound and The Grand Impaler, The Furor whip up a storm of biblical proportions. From start to finish, the album is absolutely unforgiving but it has its share of clever variations and deft tempo changes without derailing the entire momentum. ‘Cavalries of the Occult’ will go down as one of the most venomous albums of its time.

Limited to 300 copies worldwide, these are printed in matt finish paper and have complete lyrics and info. The artwork is simply stunning all over and in addition to the CD, you get a specially imported patch with the band’s logo which comes free for the first 100 buyers only!

This is a pre-order and CDs will be shipped out in mid-Feb if not sooner!