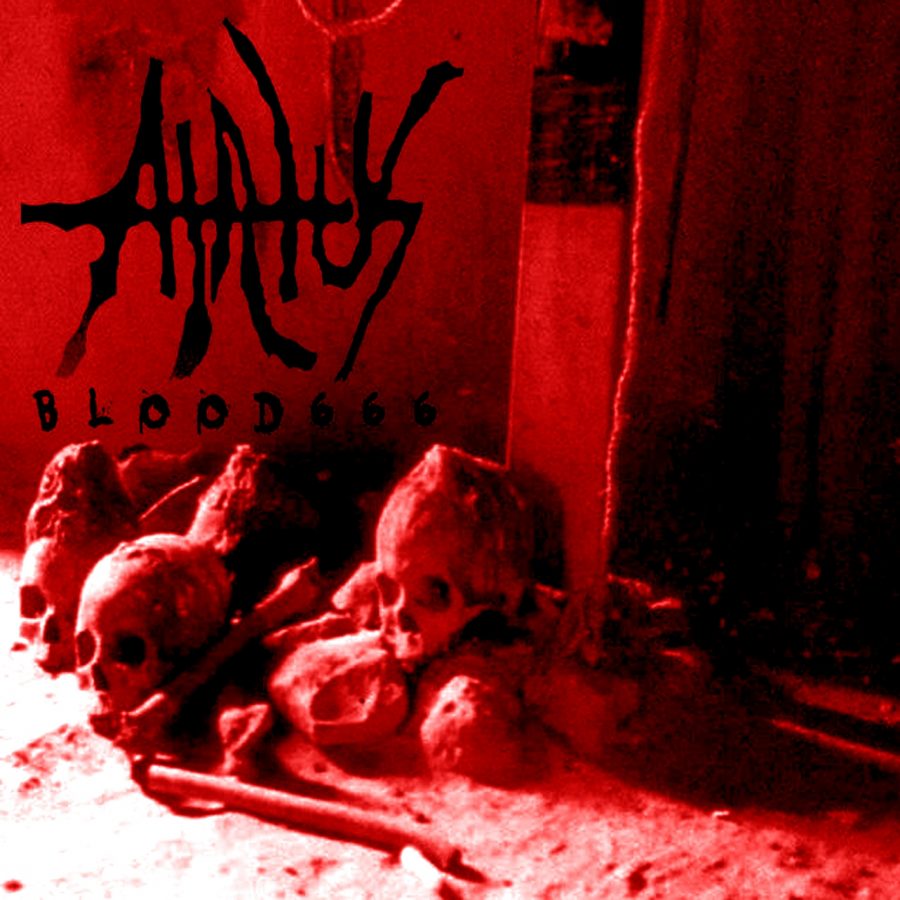 Swedish death metal is in an interesting place right now.  Not only have a considerable amount of the classic and more obscure bands either reunited temporarily for festival performances or permanently with new material out, but there are more and more newcomers channeling that buzzsaw tonality and filthy, grimy feel.  Gothenburg’s Ajatus is one of the latest to enter the fray, with their debut full length ‘Blood 666’ set for release on July 31st via Black Vulture Records.  Though this is their debut, these guys have been around for about six years now and features members that have been in groups like Chronic Torment, Eternal Mind, and Autopsy Torment, so it’s clear they have some experience with the genre.

Today we’re premiering the title track of the album, which is a quick song that runs for about two and a half minutes in length.  Ajatus keeps things brief, letting that chainsaw tonality and lumbering weight bear down on you with maximum force.  It’s an approach that I tend to prefer when it comes to this type of death metal, as there have been too many bands over the years that drag their riffs out to the point where they become repetitive extremely quickly.  So Ajatus’ approach of knocking you on your ass with filthy, lumbering riffing and just a hint of eerie melody over top of it appeals to me quite a bit and the title track is a great example of what they’re capable of.  It’s also worth mentioning the recording quality, which skews towards the rawer side and lets the guitar work sound as grimy as possible without reducing everything to a jumbled mess.

Thomas Karlsson handles all of the vocal work on ‘Blood 666’, and there’s a good chance you may have come across one of the other bands he’s done vocals for.  For Ajatus he utilizes a lower pitched growl that’s drenched in distortion and grime, often sounding inhuman with how grotesque each word is.  When it comes to Swedish death metal the vocals are one of the most important elements, as having a tired sounding scream or growl phoned in can completely deflate the intensity the rest of the group is trying to build up.  But this is another area where Ajatus excels, as the raw, grittier screams will make you checking behind your back to make sure a corpse isn’t lurking behind you.

The songs that make up ‘Blood 666’ have been in the works for a little while, as it seems like they were released in demo form back in 2014 before the band’s split with Devil Lee Rot came out.  What that means for you is that they’re already hard at work on album number two, so if you like what you hear on this debut it won’t be long before Ajatus is back with even more old-school Swedish death metal.  ‘Blood 666’ is out in CD and digital formats July 31st.

Here's another LP colour variant of the @eremit.do

There will be an exclusive @eremit.doom marbled LP