Genre tags are pretty much useless when trying to accurately describe the sound of Skin Drone. This duo makes music that takes inspiration from industrial metal, death metal, black metal and progressive metal to create a sound that transcends these styles. The band is gearing up for the release of their debut full length ‘Evocation’, through Bluntface Records on 14th June 2016. The album feels like a roller coaster ride, with it’s constant twists and turns, never adhering to one particular sound. This unpredictability of Skin Drone comes as a respite in a time where most bands follow the beaten track. 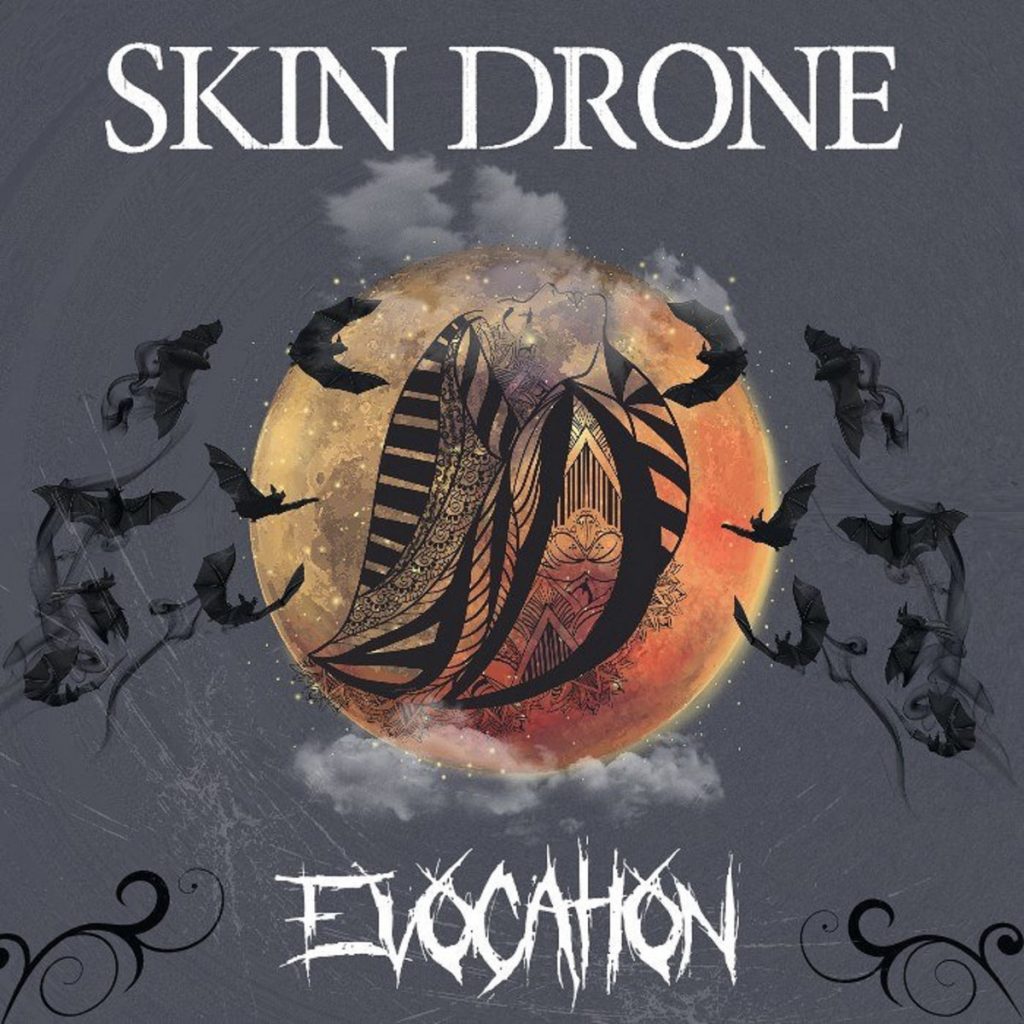 The track Shepherd of the Damned gives a good insight into the band’s eclectic nature. Starting on a subtle note, with minimal synth backing the abrasive vocals and whispered voices, the track exhibits a doomy vibe. But soon, the industrial percussion kicks in, bringing with it some furious riff work. Alternating between moments of aggression and beautiful instrumentation, the track seems to have a mind of its own.

Why dont you experience it for yourself? We have the track streaming below, for your listening pleasure. We also had a chat with Skin Drone about the album and how they function as a band, which you can check out below.

Transcending Obscurity (Shrivatsan R): Hey guys. How’s it going? Your debut album, Evocation is set to be released next month. How excited are you?

Skin Drone (Erik): I am beyond excited! I’m ready for everyone to listen to this front to back and really soak it in. We put a lot of hard work and late nights into this record and I am really excited to make the metal scene heavy and uncomfortable.

Skin Drone (Otto): : As Erik mentioned, we both had a lot of sleepless nights making this album & I personally always get very nervous before any release, but the general reaction from both the public & the critics has been really, really positive. I’m really excited to see how everything unfolds.

TO: How did this collaboration between the members take place? How did you meet Erik and what made you two want to work together?

Otto: I first met Erik when my label, Bluntface Records, was releasing the ‘Operation: Underground’ compilation album. His band, Critical Dismemberment, had a track on it. I really liked what they did and we just started talking about their music, their background and what they had in the pipeline. That eventually turned into Critical Dismemberment working with Bluntface more in-depth. And as a result I got to know both Erik and Chase Fincher much better. So it really just happened naturally.

TO: Can you tell the creative process behind Skin Drone’s music? Walk us through how a song usually takes shape?

Erik: Each song starts the same really. It starts as a demo, Otto and I will add layers and ideas to it until we have something that we can’t squeeze anymore into and then we go back and blend things together, make sure it’s all smooth and we have a demo. Some songs take longer than others depending on what we are trying to achieve. Its like we are in an actual studio, without all the pressure and being sucked dry of money.

TO: Skin Drone started out as a solo act with just Otto. Did Erik’s addition to the line-up help you in pushing the boundaries musically?

Otto: well it was never really a “solo” project for me in the traditional sense. There were a couple of false starts in the past where I was trying to get a version of this band off the ground, but without question the band as we know it hit pay dirt once Erik came into the picture. His involvement changed everything for the better, and gave me a reliable writing partner who has the same enthusiasm and work ethic that I did. He pushed me to work harder at writing and we really feed off of each other.

TO: What are some bands that inspire you musically?

Erik: Devin Townsend Project is a huge inspiration for me in Skin Drone, there’s also bands like Avenged Sevenfold, Lamb of God, Dream Theater, and Periphery. The biggest influence on this record was Otto. He was writing some badass and complex music and it very much was a challenge to put lyrics/vocals/ambience to what he was writing.

Otto: Erik really pushed me to step up my game, and I felt really inspired writing music that I could envision him singing over. It really helped drive me to bring my “A” game to the table every time I was in studio.

As far as other artists I’d have to say that Pink Floyd and Frank Zappa are two of my all-time favourite artists. I also really enjoy Mike Patton and his bands Mr. Bungle and Fantomas. I love virtually all of Devin Townsend’s stuff as well as industrial icons like Ministry and KMFDM. 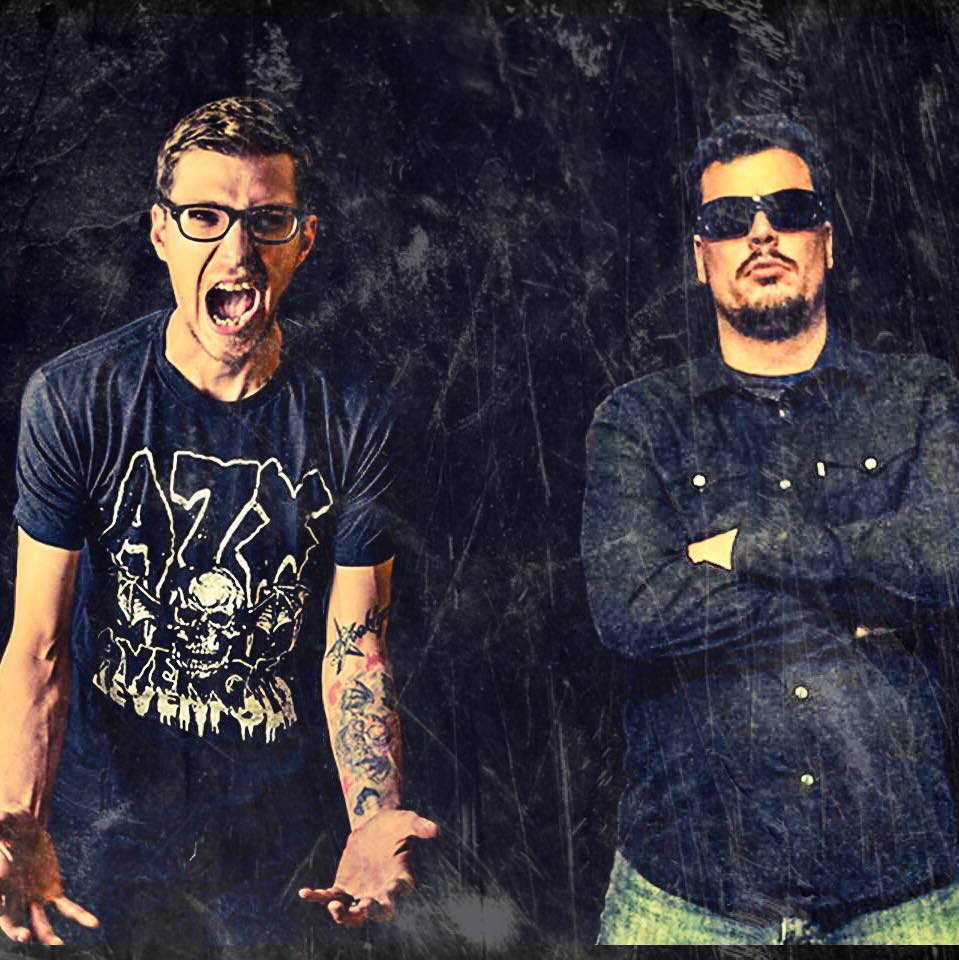 TO: Skin Drone is currently a studio project. Are there any plans of live performances in the future? It sure would be interesting to see how Skin Drone’s music translates to a live setting.

Otto: We’d LOVE to perform live and take this band on the road. Hopefully if ‘Evocation’ is successful enough then it’s something we can look into to. But obviously the logistics of Erik & I living so far apart makes things difficult. But we’ll see how things go. Playing live is something we’d love to do.

TO: Considering that the both of you live quite some distance apart, how do you jam together? How hard is it to run a band that is separated by distance?

Erik: It’s not all the hard really. We don’t have the luxury of being able to practice together so that means we have to practice even harder on our own. I think this process has allowed to us to grow into better songwriters because we have to be at 110% for every song. If one of us falls behind or doesn’t deliver at the highest level, the song and the whole album suffers.

Otto: Like Erik said, we both have to be really disciplined about working on material on our own individual time, and being really, really well prepared when it comes time to send each other demos or potential ideas. But aside from the distance, we operate very similar to a “regular” band. One person comes up with a riff or song idea; records a demo and emails it to the other person. Then that person will add their proverbial .2 cents and record their ideas as they pertain to the original idea, and we just go back-and-forth as such. Just like any other band, we work out ideas and develop them (usually through multiple recorded demo versions) until they are final.

TO: Tell us about the music video you release for the track ‘Death Sentence’. How did that come about?

Otto: All credit for that goes to my friend Russell Rocheleau, and his film company Rockwater Pictures. He’s done a few other music videos for artists on Bluntface Records and always hits a home run! He shot all the footage, did all the editing and one day just surprised me. I literally got a message saying “hey check this out” hahaha.

TO: Skin Drone’s music is quite challenging and forward thinking to usual genre tags. What drives you to experiment with the styles? Also, what are your thoughts on bands that restrict themselves to certain styles?

Erik: For me personally it’s the most fun you can have writing music that doesn’t fit standards and norms. Experimentation allows for you to fuse genres that wouldn’t normally be fused together. I know the both of us don’t restrict ourselves to only listen to metal, so incorporating those influences into Skin Drone just feels like the right thing to do. Plus, it’s always fun to try and throw your bandmate a curveball, it’s a nice way to push each other’s limits and comfort zone.

TO: Tell us a bit about the track ‘Darkness Within’. Erik had a shorter version on his solo record, right? How did you take the idea forward?

Otto: Erik’s original version served as the basis for the Skin Drone version. We used it as a “jumping off” point in order to further explore what areas we could develop within that song, and how far we could push it.

TO: Thank you guys! I’m looking forward for the release of Evocation. Anything else you’d like to add?

Erik: Thank you for taking the time to talk with us! I look forward to infecting the masses and making ears bleed!

Here’s another ACTUAL PIC of the @jupiteriansect

Today is the official release date of the doom met