It’s great that we’re getting a chance to work with more German bands. In addition to the massively awaited album by Heads For The Dead, which features members of Revel In Flesh among others, we have also announced the signing of Eremit who play stunning doom/sludge metal and Temple Koludra playing black metal and sharing members with Hexer.

Label owner Kunal Choksi states, “It’s an honour to work with the mesmerizing cosmic doom band Hexer from Germany. Along with label mates Eremit, they are sure to leave a mark where this style goes. Their brand of doom is just what I was looking for – something atmospheric and also intriguing, with the kind of occult heaviness that you can find in their label mates Jupiterian, with whom they toured last year. Their new album is one of my most anticipated releases and I’m sure it’ll be exceptional.”

Hexer members comment, “When Kunal invited us to join the roster of Transcending Obscurity, we already heard a lot about his work and the effort he puts into his releases, by our friends of Jupiterian and the german Trvefrykt-Zine. This collaboration gives us the opportunity, to work on new conceptual ideas and to create new soundscapes for the next chapter of our story. We are extremely stoked, that Transcending Obscurity will join us on this cosmic trip!”

Experimental black metal band Arkheth have recorded songs for their new album titled  ’12 Winter Moons Comes The Witches Brew’. The release is slated for a release in mid-2017. Expect the unexpected. 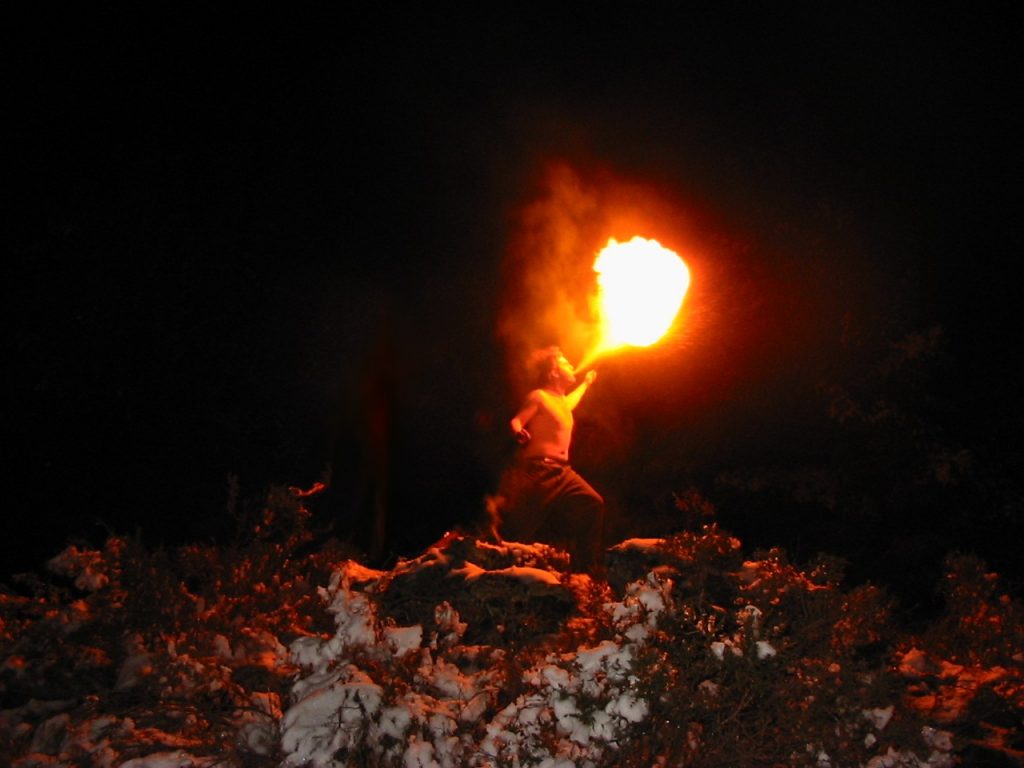 Mindkult play a blend of doom, stoner metal and even shoegaze. They’re on the verge of releasing their first ever full length album in early/mid 2017. Watch out for this one!

With expectations for doom metal being sky high this year, having put out extremely well-received releases of Jupiterian, Mindkult, Drug Honkey, Altar of Betelgeuze, Illimitable Dolor and Warcrab last year on our label, we’re glad to reveal information on our latest doom metal signing in Eremit from Germany. Their style is unique and demanding, and their debut full length release hopefully will go down as one of the most memorable ones of this year. Watch out for their album ‘Carrier of Weight’ this year.

Artwork for it has been made by none other than the Bell Witch artist Mariusz Lewandowski. 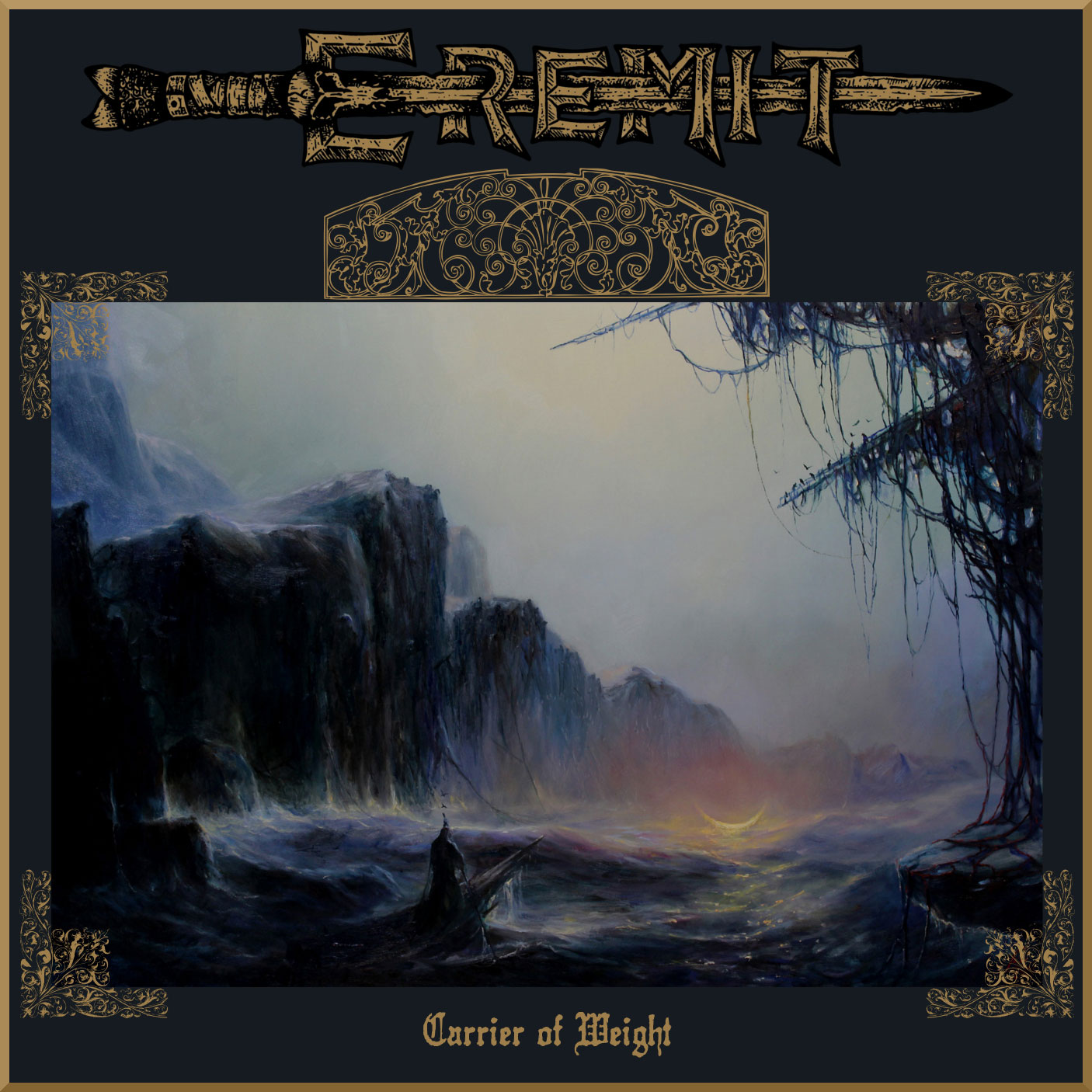 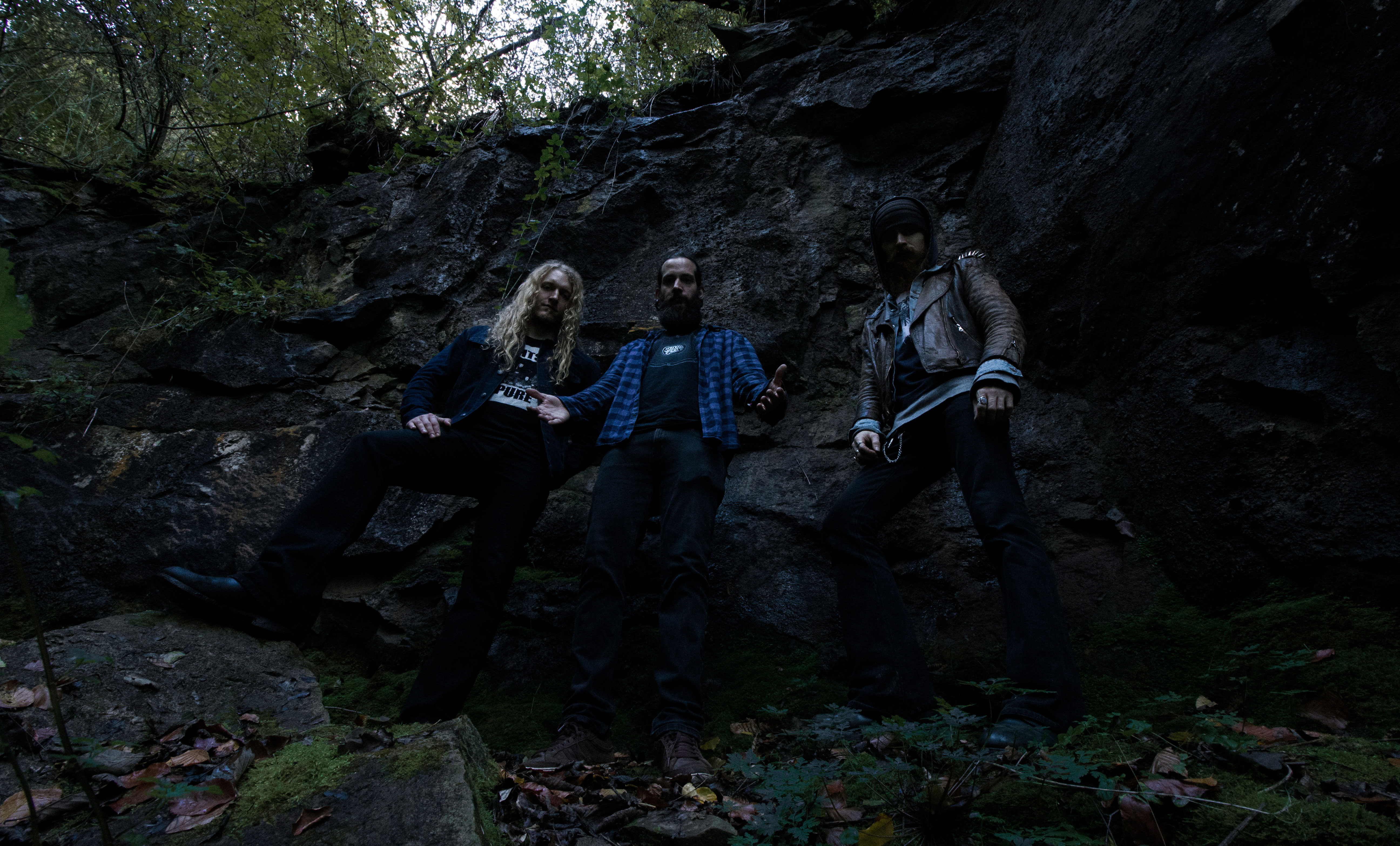 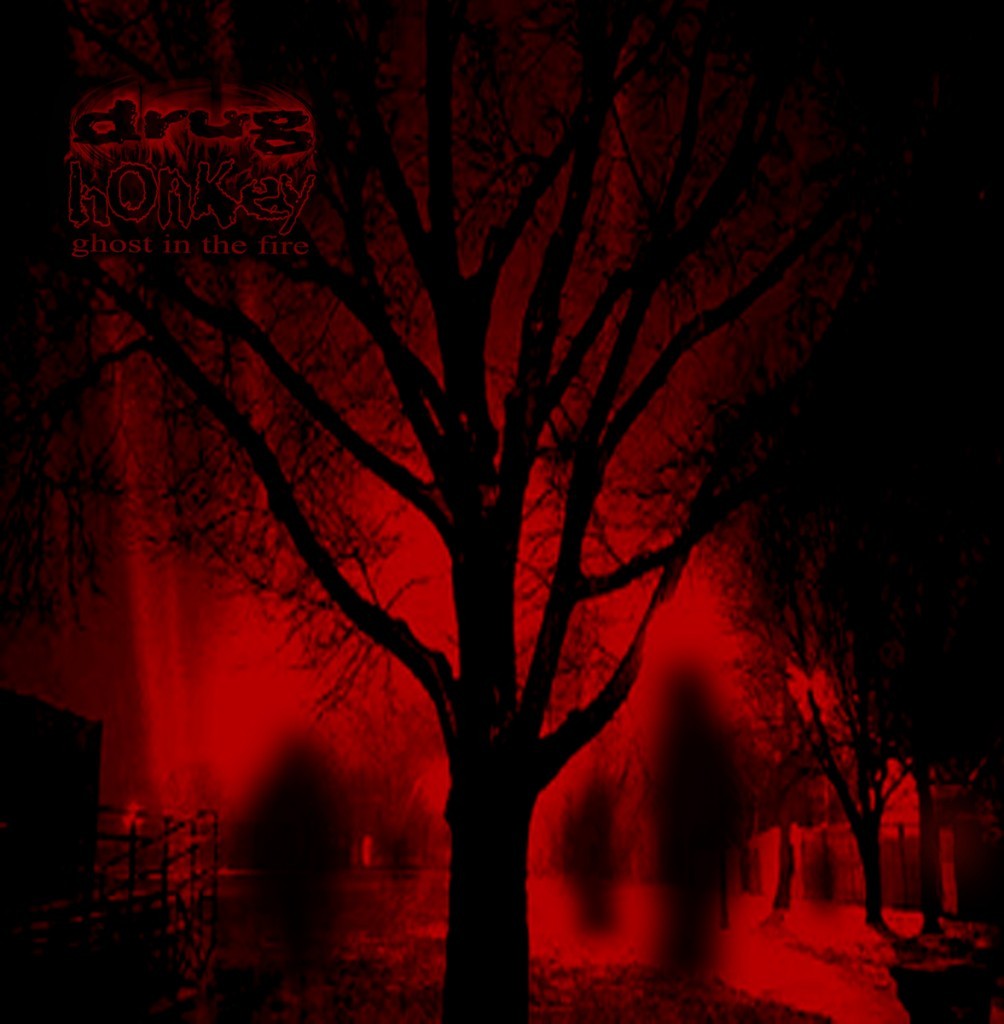 Drug Honkey from Chicago, US are like a mind-altering drug that has its effect for days. Its hallucinogenic properties create disturbing changes in your thought patterns. ‘Ghost in the Fire’ is the culmination of various experiments conducted in the sound room. It is a drug that is to be consumed one song at a time, each one exhibiting a different side-effect. From within the pitch black darkness, haunting images are projected from the buried subconscious to the cold inescapable reality. Floating musical apparitions drift seamlessly through periods of undetermined time, plodding suspenseful momentum and shrieking echoes of possessed souls colour this out-of-mind experience blood red.

Around the demise of Affliction Gate, two of their members collaborated with those from the legendary French death metal band Catacomb, and the result is Nox Irae – a crushing entity playing old school death/thrash metal. With artwork made by none other than Chris Moyen, this release will see the light of day on multiple formats in addition to the standard ones on Transcending Obscurity Records. 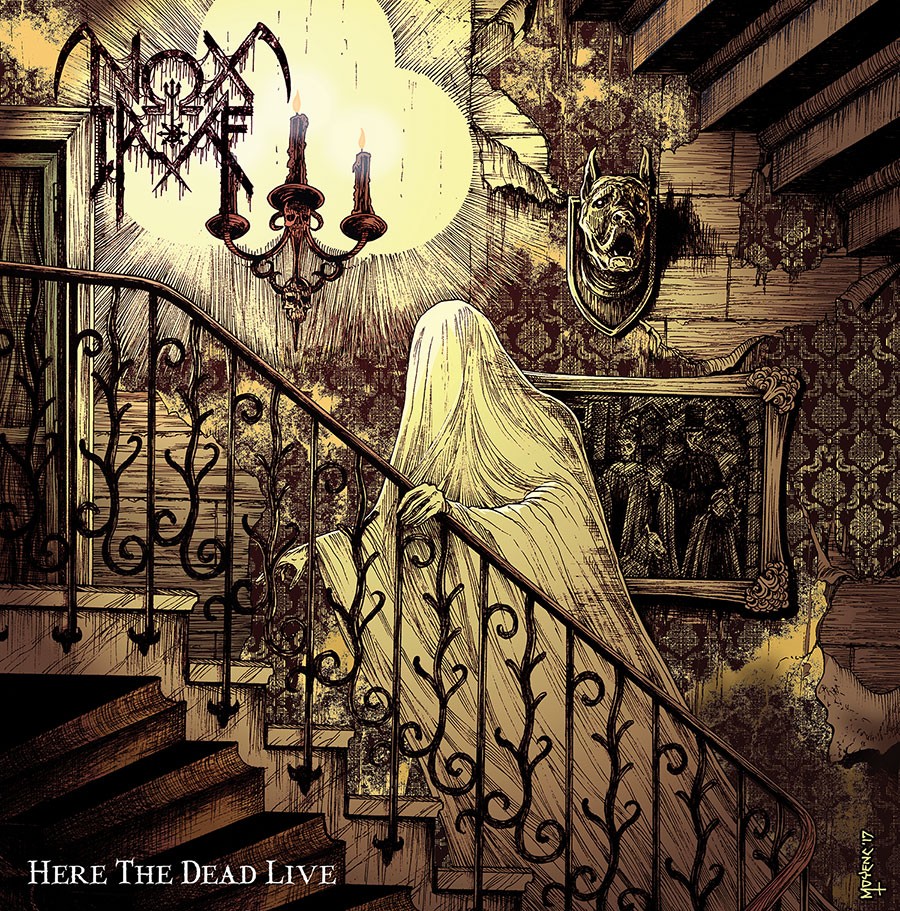 Et Moriemur are doing things in an exceptional way for their upcoming full length titled ‘Epigrammata’. Delving into the rich European history, imbibing Gregorian chanting and using Latin and ancient Greek to convey their message, the Czech supergroup of sorts with members of bands such as Dissolving of Prodigy, Self-Hatred and Silent Stream of Godless Elegy, have assembled a host of musicians playing cello, violin, trombone among others and have even employed services of a choir to take their expression to another level. They combine influences of death, doom and even a bit of black metal and use their operatic flair to imbue it with a mesmerizing quality. It transcends the perceptions of the death/doom style at present and gloriously brings back forgotten elements to elevate it. 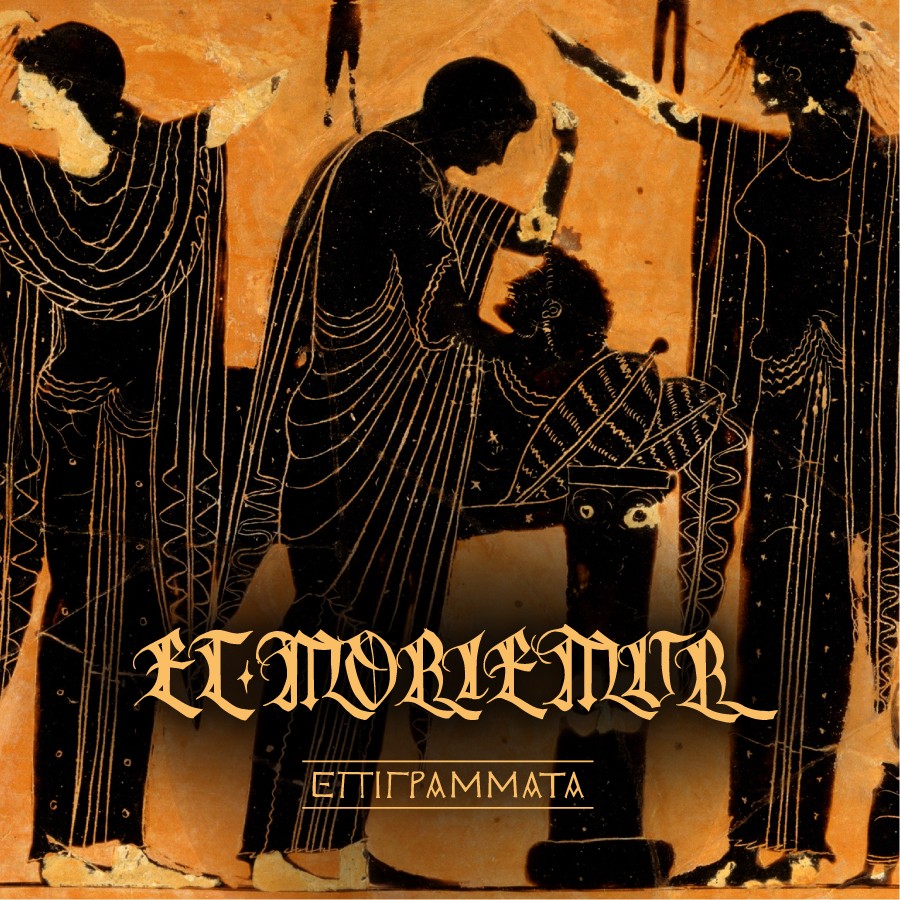 Black/thrash metal legends Sathanas return with their 10th full length album, after having tirelessly putting them all out since their inception way back in 1988. One of the most unheralded bands in history, Sathanas have only gone from strength to strength even though there’s often little to no acknowledgement of their past efforts. Their latest release ‘Necrohymns’ should change that. It’s an absolute ripper from start to finish. Their brand of black/thrash metal is without gimmicks or trends, and they merely rely on the music to get the job done. They’re not recreating any sound or paying homage to a certain band. They’ve been doing it for 20 years and have only been perfecting their art. It’s old school, perfectly tempered to dish out the best kind of riffs having a pulsating rhythm to which it’s impossible to not move. It’s the kind of thrash that has an inherent black metal component in it that’s not only genuine, but is also effortlessly created. It’s time Sathanas get their due, even if it’s 20 years too late.

From members of reputed bands like Ravencult, Embrace of Thorns and Dephosphorus, we have Nigredo from Greece changing the way we look at black metal. Whilst maintaining the rawness and intensity, they’re deftly incorporating elements of death and thrash metal and mangling them to suit their dark aesthetic. There’s integrity and at the same time a forward-thinking approach not too unlike Bolzer or Norse, but their grit remains predominant. Their structures are unpredictable but that’s only because their momentum is relentless. There is a headrush listening to ‘Flesh Torn – Spirit Pierced’, which is easily one of the most resolute as well as daring albums this style has seen in recent times.
[bandcamp width=100% height=120 album=3791602116 size=large bgcol=333333 linkcol=0f91ff tracklist=false artwork=small] 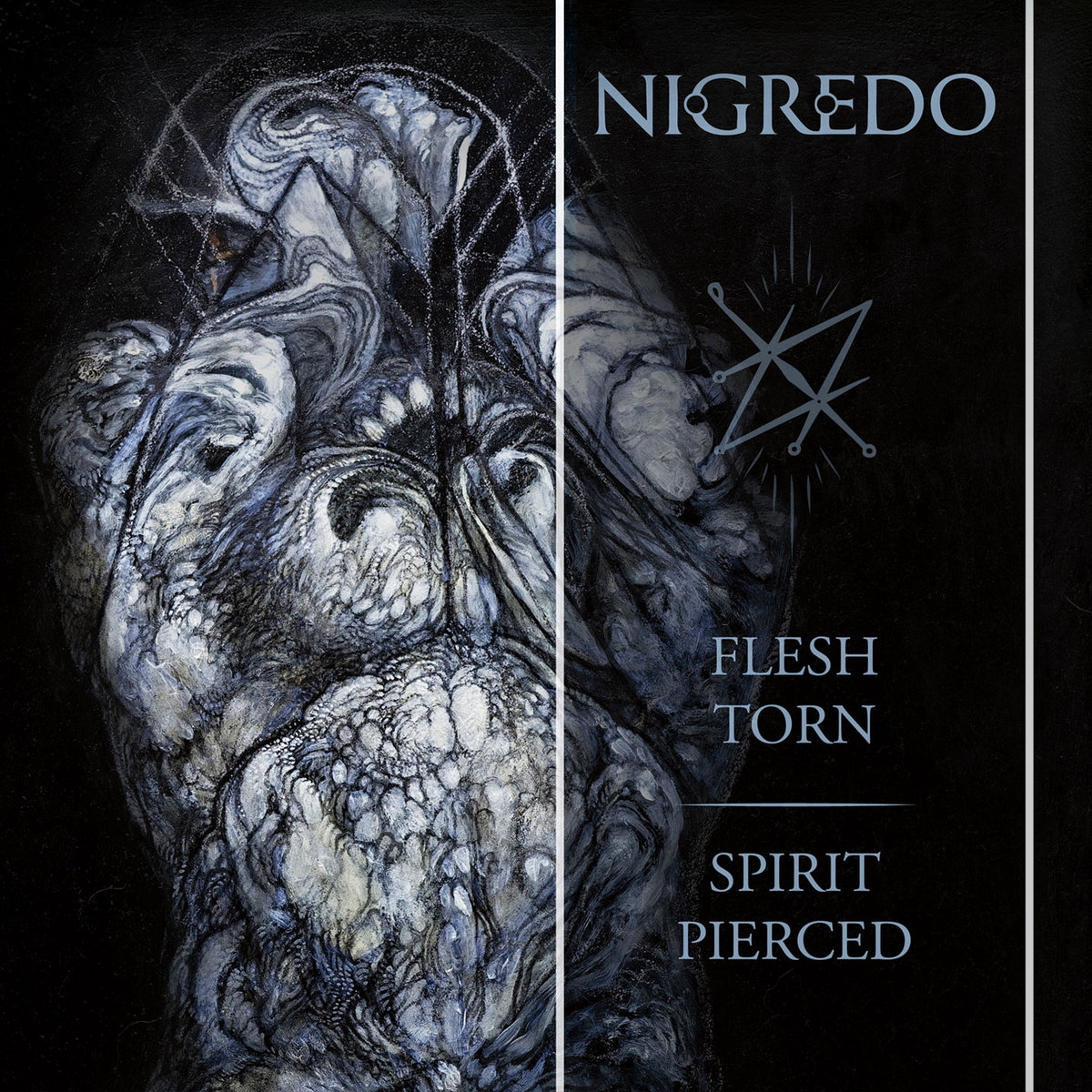