Master are one of the earliest proponents of death metal and are veritable legends in the line, having been around for over three decades and releasing over a dozen records. It’s phenomenal to get a chance to work with a band of their repute and we can only be grateful to be given a chance to work with them for a brand new full length this year if not more. Master‘s latest album ‘Vindictive Miscreant’ will not only please their old fans but will also turn many new listeners into one. It’s their best album in years.

Track listing –
1. Vindictive Miscreant
2. Actions Speak Louder Than Words
3. Replaced
4. The Inner Strength Of The Demon
5. The Book
6. Engulfed In Paranoia
7. The Impossible Of Dreams
8. Stand Up And Be Counted 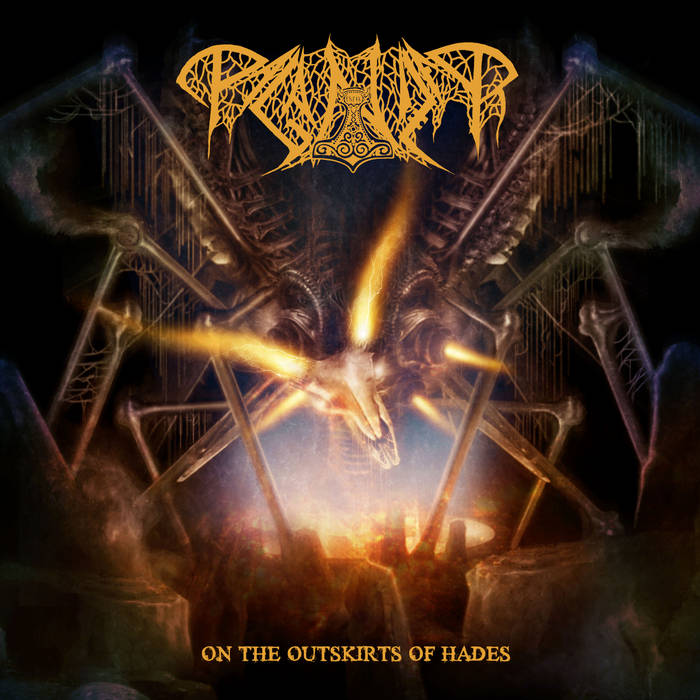 The mighty Paganizer playing skull-crushing Swedish death metal will be releasing their latest EP on Transcending Obscurity Records around April 2016. Watch out for this one!

Heads For The Dead (International)

Transcending Obscurity Records is proud to welcome the ambitious death metal band of Ralf Hauber (Revel In Flesh) and Jonny Pettersson (Wombbath, Henry Kane, Ursinne) called Heads for the Dead to its family. Expect crushing old school death metal inspired by horror movies and having a great sound and atmosphere to boot. They join the roster having death metal bands such as Paganizer, Down Among The Dead Men, Ursinne, Feral, De Profundis, Echelon, Rogga Johansson, Come Back From The Dead and many more. 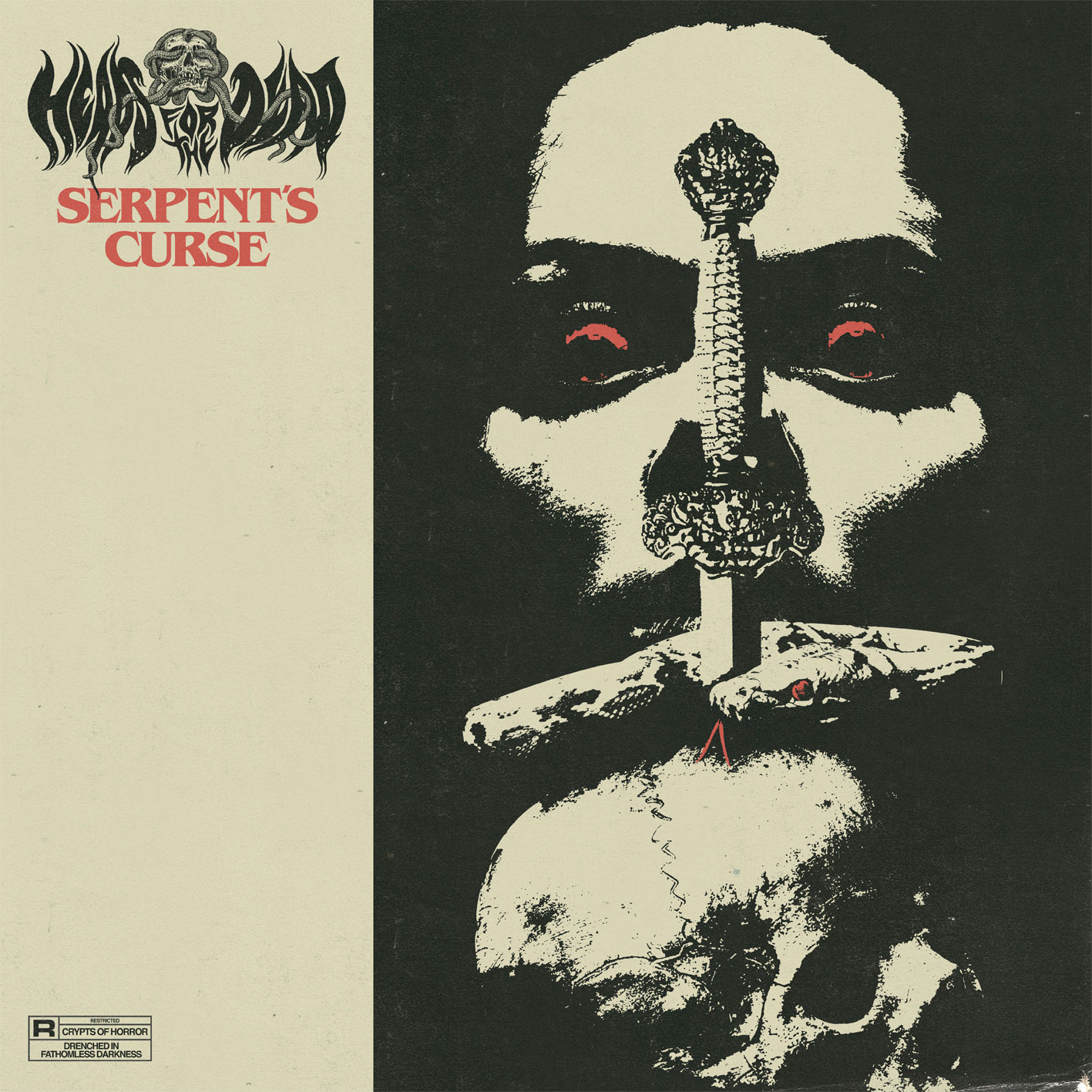 Gaerea have turned the genre of black metal on its head. While most rehash the classic sound, this Portuguese band take it forward and seamlessly integrate influences from other genres like hardcore and sludge. Sonically defiant and cohesive, Gaerea smash preconceived notions and deliver music they can call their own. ‘Unsettling Whispers’ is the much awaited full length album coming after their universally lauded self-titled EP. Transcending Obscurity Records will be putting it out on multiple formats with excellent packaging that includes gatefold LP, alternate artwork box set and 8-panel digipak with a 20-page booklet. Artful, stirring and deeply immersive, Gaerea are a band to watch out for. Their treatment of the music is not only meticulous but also unforgettable. 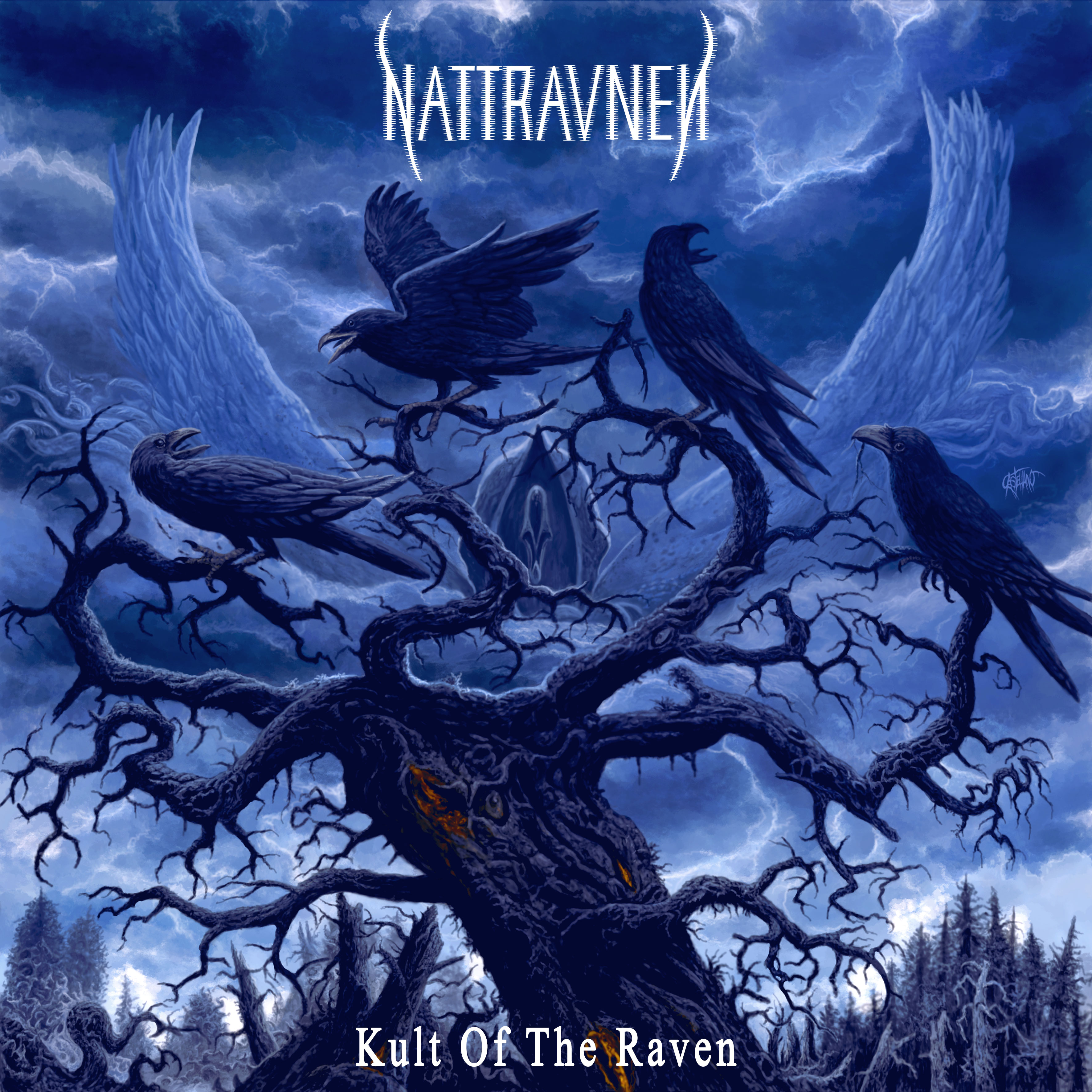 From the label that put out releases of Paganizer, Henry Kane, and Ursinne which upheld the brand of Swedish death metal, you have Crawl unleashing their debut full length that sets new standards for the style. Crushing Swedeath honouring the progenitors and at the same time stepping out their shadows by concocting a vile mix with influences of punk/crust and hardcore is what’s on offer here. ‘Rituals’ is an irreverent exercise in bombarding the classic style with fresh elements and lending to the staid style new vitality. Prepare to be shocked, annihilated and thrilled at the prospect of listening to the new masterpiece.

Artwork by Jonas A. Holmberg (This Gift Is A Curse)

UK death/doom band The Drowning are playing crushing death/doom metal with the melodies and structure intact. Their upcoming full length promises to be the best one of their career and fans of both death and doom metal should be all over it. It’s rare to see a band straddle it without compromising on either the heaviness or the atmosphere. They’re in good company alongside other death/doom bands such as Officium Triste, Illimitable Dolor, Esogenesi, Towards Atlantis Lights, Et Moriemur, etc. 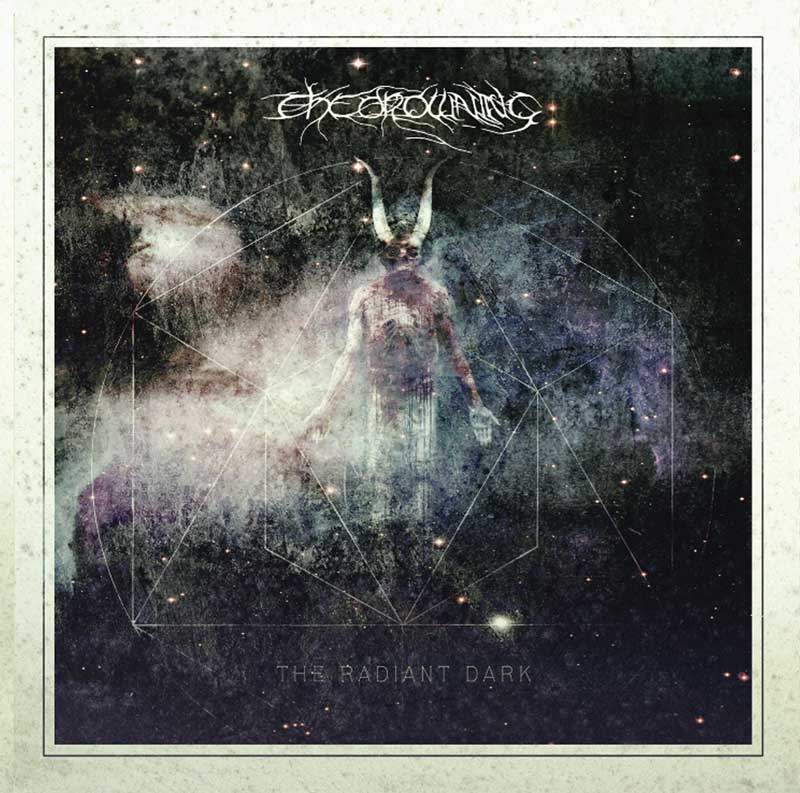 Label owner Kunal Choksi states, “I’m thrilled to come across yet another talented UK band in The Drowning. They’ve been around for a while and it’s time they get the attention that they deserve. Their brand of hard-hitting death/doom metal is of the kind that stays with you long after the album is over and I’m excited to work with them. The UK scene has been kind to our label and here’s hoping this proves to be a fine experience for everyone involved. Special thanks to Chris Kee for letting me on to this band and sorting things out.”

The Drowning members comment, “2018 has been an exciting time in The Drowning camp. It has seen the completion of our fifth, full length album, which we worked on long and hard to get the best from the new material. We believe it’s our best work to date and signing to the mighty Transcending Obscurity Records puts our work into the hands of one of the best new labels around. They’ve been signing major artists from around the world and this is a massive step for The Drowning. We are very, very proud to be a part of Transcending Obscurity’s incredible roster of bands.” 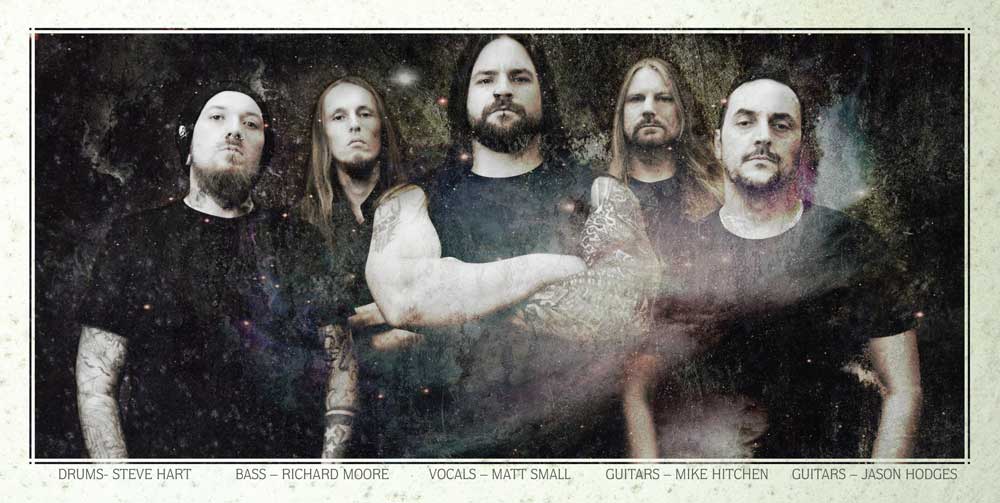 Track listing –
1. Alpha Orionis
2. The Triumph of the Wolf in Death
3. Prometheus Blinded
4. In Cold Earth
5. All That We Need of Hell
6. Harrowed Path
7. I Carve the Heart From the Universe
8. Blood Marks My Grave

US black metal band Imperialist have conjured up a brilliant sci-fi themed album that stands out both conceptually as well as musically. Rooted in the early Swedish black metal sound of luminaries like Necrophobic, Dissection and Sacramentum, Imperialist hone it up further to suit their futuristic theme by adding touches of thrash metal without diluting the rich aura. ‘Cipher’ is backed by a visually stunning artwork by Adam Burke (Vektor, Lurk) that extends into a continuous two-panel work depicting the grand theme. It’s rare to find bands that have a bold vision and at the same time creating the perfect blend for music that is at once atavistic and forward-thinking. This is one of the finest examples of meticulously written black metal counterbalancing aggression with melodies and thrashy sections. 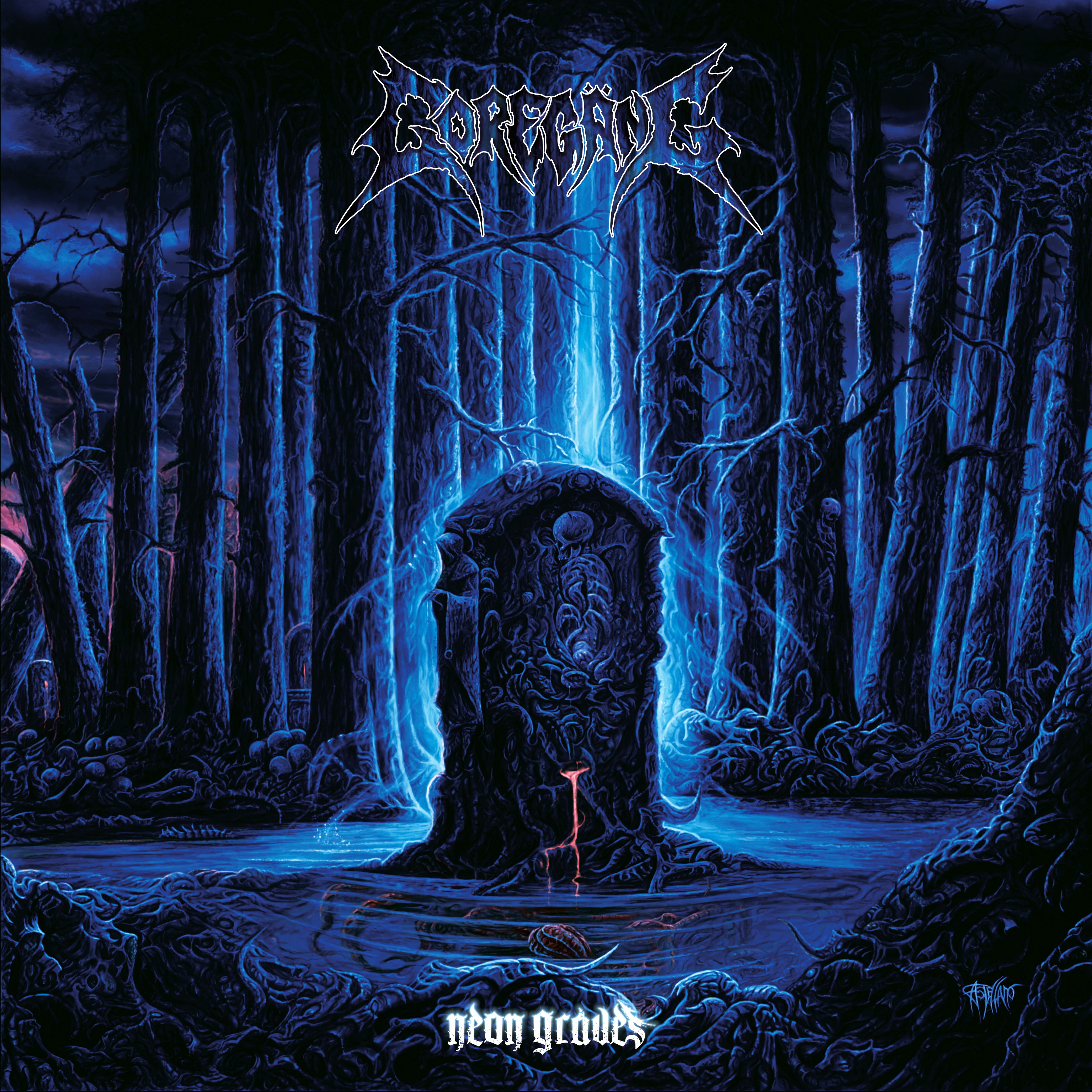