After wowing the Indian and international audiences with a stellar full length album, leaving no stone unturned, heavy metal band Albatross unveil a new video that was professionally shot and edited. We delve into the making of it and the ideas behind it. Drummer Jay Thacker, who adopted a special look for this track reveals, “My wife Sucharita came up with the idea of the ‘clown makeup’ which all of us liked right off the bat and had her on board as the artist, especially with her having some prior experience.” 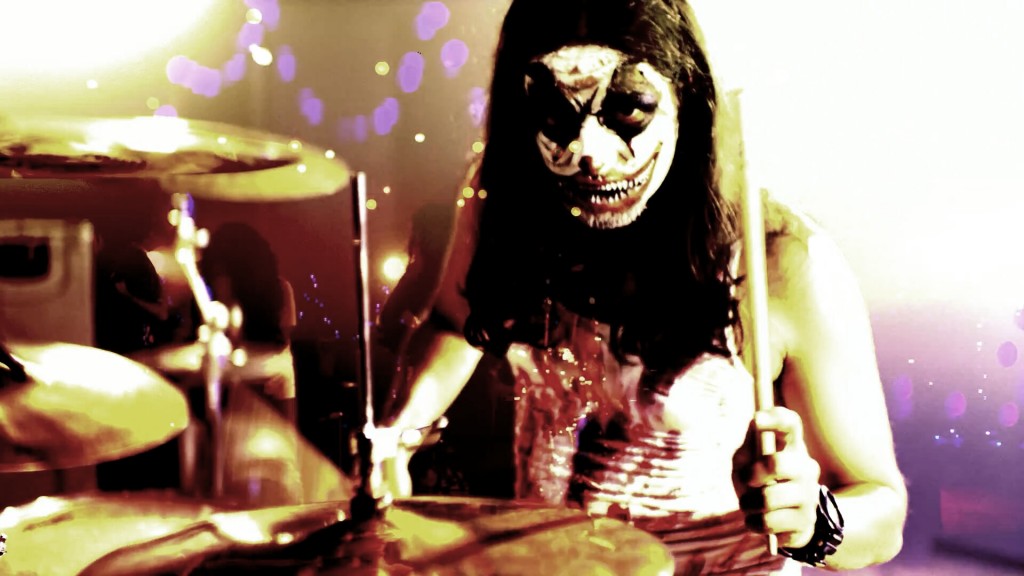 He adds, “Furtados hooked us up with all the gear we would need for the shoot and we were good to go. Gaurav, who shot, directed and edited the video has probably worked harder than the rest of us. And all of us were really impressed with the outcome considering it was the first music video for us as well as Gaurav.”

Gaurav Dashputra happens to be a published writer who has written two best sellers already and is also impressively a student.

Riju reveals, “Gaurav’s concept was fantastic – to make people uncomfortable with an overload of light and color; as opposed to the traditional dark music video. At Albatross, we’re all about breaking convention, and the idea appealed to us all. We all hope you like the final output.”

We ask the founder a few more questions to learn about the shooting and editing process.

– Which location did you choose for this video and how many hours did it take to shoot the song?

Basically, our newest member Varun, and the director, Gaurav, are close friends who used to spend long hours playing DOTA. So when Gaurav had to make a music video for his college assignment, he asked Varun to get in touch with us. We shot with top of the line equipment in Film City, Goregaon, in facilities owned by famous Bollywood director Subhash Ghai. It took us an entire day, ie. 8 gruelling hours to finish the shoot.The team was very easy to work with, and while none of them were really metalheads, they took the time and effort to understand our aesthetics and deliver a great product.

– What made you work with Gaurav Dashputra, considering that it would be his first time too?

Very honestly, I have, thus far, considered music videos to an unnecessary extravagance in an already cash strapped scene. The fact is, thankfully, because it was Gaurav’s first time and his college project also, we did the video for almost nothing. It was an added bonus that Gaurav is a very smart, enthusiastic director with an inborn drive to excel. He’s already submitted the video to his teachers and they’ve all loved it. 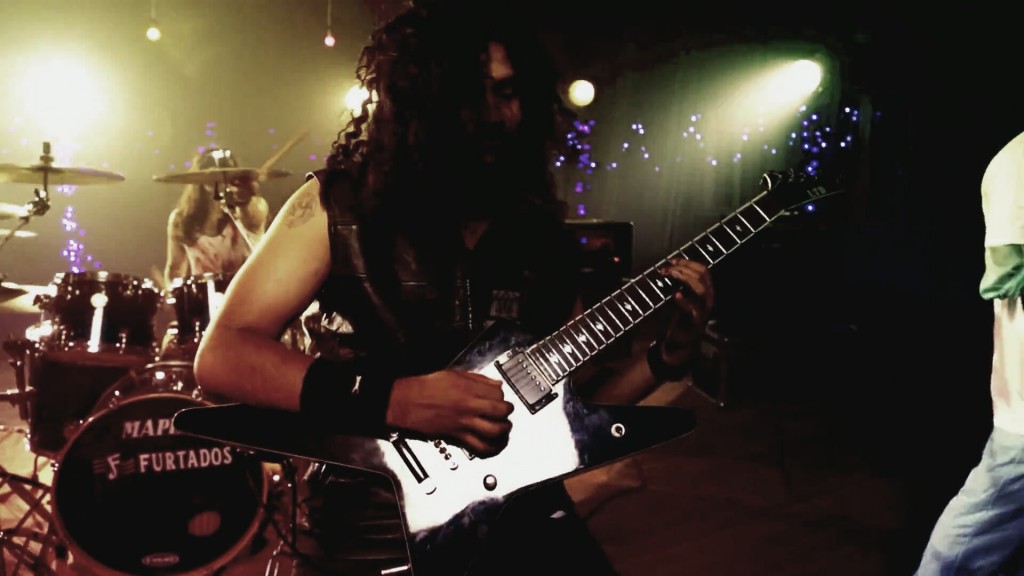 – The band celebrates this circus-esque vibe but with a very morbid twist to it, and that element is seen in the video from the lighting and Jay Thacker’s get up. What can you tell us about it?

Gaurav’s idea was simple and intriguing. As opposed to a traditional dark, music video…he wanted to highlight the carnival feel with an overdose of light and overexposure. Much to my horror (at first), he asked Vignesh and Varun and Bipro to dress up in bright colors. Jay, too, was all set to dress up in blue, when he suddenly sends me a picture of himself dressed up as a clown. He and his wife Sucharita came up with the idea, and we were all blown away. While the overall theme is ‘horror’, at this point in this story nothing morbid is happening, even in the album (lyrically). The feel of the video corresponds to the same.

– Can you tell us more about the shooting experience? Any funny incidents that you’d like to share?

Funny? No. Horrific. Yes. The day we were shooting at film city, there was an actual shootout (with guns) at the studio. Kalidas, our drum technician, who had helped us set up the gear (thank you Furtados Music) called us and informed us of the same. And here we are, long haired guys dressed in bloody labcoats or as murderous clowns. Thankfully, the matter was resolved and we left without a glitch. 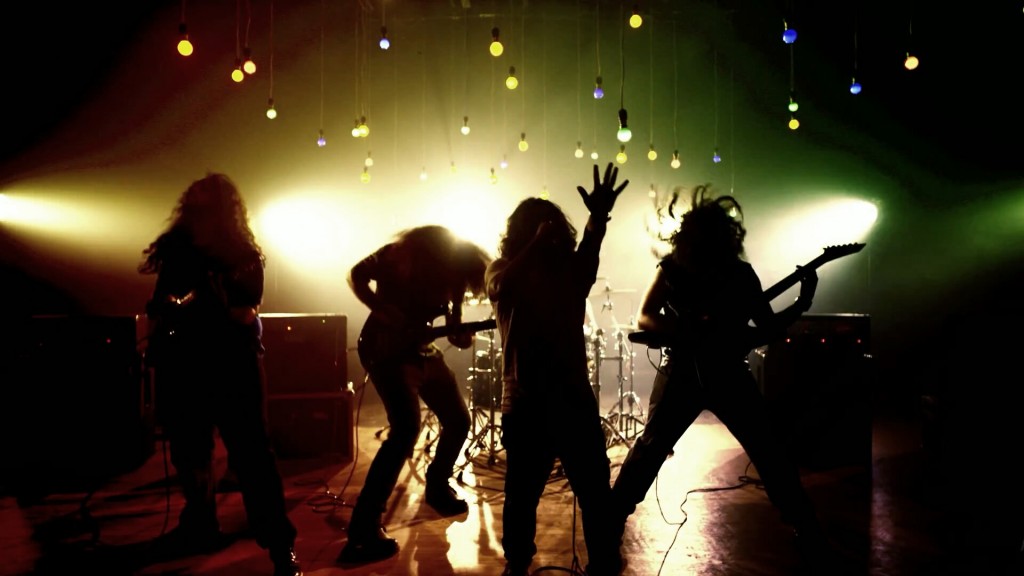 – Lastly, how many hours did it take for the editing and what was the final look/feel that you were aiming for? Are you happy with how it’s come out overall? Any suggestions to the other bands out there, hoping to release their own videos too?

It took us all of a day, and as Gaurav admitted himself, it’s the least interesting part of making a music video. Again kudos to him for his patience and perseverance, because we really tested it. The final output is basically a performance video only, but a very twisted and eccentric one. We’re very happy with it at this stage, but we’ll attempt something more ambitious for the next album. But that’s another story for another day.

Haha no advice, man. Go for it if you think you need it. Just carry a lot of beer while you’re editing. You can record an entire album in the time it takes to render.

Purchase the last of the Albatross ‘Fan Packs’ here